Competition for growing marijuana in a post-Proposition 64 San Luis Obispo County could be stiffer than previously thought.

On Sept. 14, the SLO County Planning Commission pushed forward a set of cannabis regulations that propose to cap the number of available permits for outdoor grows at 50, countywide.

Indoor grow operations, defined as being enclosed in greenhouses (not hoop houses), were given no cap under the rules—but would still require a permit. 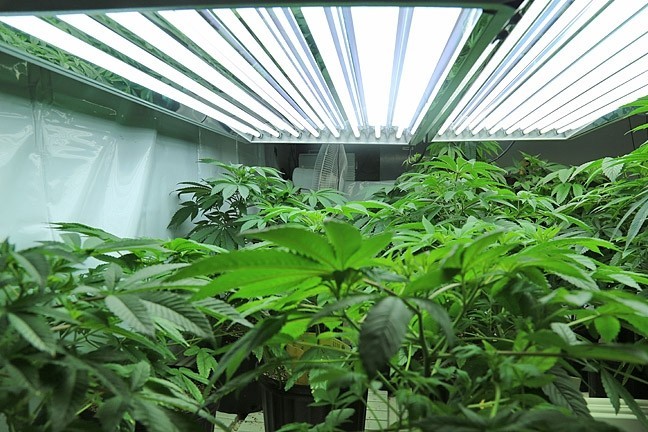 The ordinance, which drew audible groans from local marijuana advocates attending the commission hearing, will now move on to the county Board of Supervisors on Oct. 3 for final approval.

Over the many months of discussion about SLO County cannabis regulations in the wake of legalized marijuana in California, no previous draft of the ordinance has suggested setting a cultivation permit cap limit of fewer than 100, or separating outdoor from indoor grows.

"It's definitely going to do damage to the businesses that are already established," said Jason Kallen, the president of the SLO County chapter of the National Organization for the Reform of Marijuana Laws (NORML). "To put in the greenhouses they're talking about, there's a lot of capital investment to do that."

More than 450 cannabis growers in SLO County attempted to register their operations under an urgency ordinance passed last year. The majority of them were outdoor grows in the California Valley, according to county planner Brandi Cummings.

"My concern is that we jump into an unlimited situation. We can always add sites," said 1st District Commissioner Jay Brown at the commission's first hearing on Aug. 10. "I think it'd be very difficult—almost impossible—to go backwards."

"I think all we're doing [with a cap] is encouraging a black market and criminal activity," countered Michael Multari, the 2nd District commissioner. "One of the reasons I think voters approved this Proposition [64] is that, clearly, prohibition of marijuana hasn't worked."

The 50 permits would get distributed across the county, with 30 available in North County, three in SLO, 11 in South County, and seven in the coastal area. Hopeful growers would need to submit applications and go through a selection process, the details of which are still being worked out. Δ