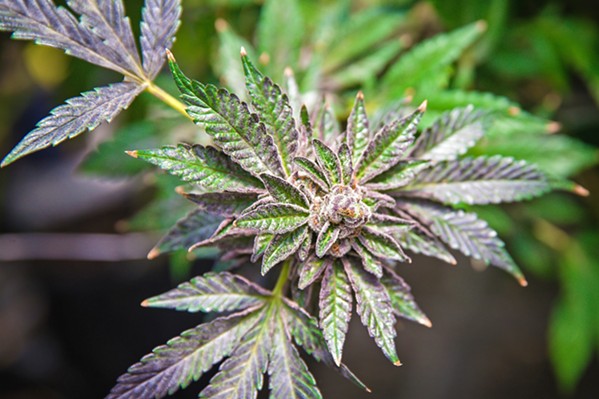 An enforcement "abeyance"—which has enabled county cannabis applicants to continue growing on their properties while they await approvals—expires on Dec. 31. The SLO County Board of Supervisors declined to consider extending it at its Dec. 10 meeting.

Several cannabis applicants pleaded with the Board of Supervisors to extend it, saying that the permitting process has taken some hopefuls more than a year to complete at their own expense. Growers warned of dire economic consequences for not just the short term, but for applicants' ability to afford to get to the permit finish line.

"We've done everything the county has asked. For a year and a half now we've been trying to get our conditional-use permit," cultivator Tim Wendorff said. "We don't want to lay off our people."

Industry members have long complained about the SLO County Planning Department's permitting system. The strongest commentary of Dec. 10 came from Helios Dayspring, owner of Natural Healing Center dispensary, who called the process one "designed to make [us] fail." Dayspring said only two of his 10 permit applications have made it to a final hearing in more than a year.

"We have faced ridiculous roadblocks that seemed to be designed to stop the forward process of not only our projects but the industry as whole in the county of SLO," Dayspring said. "I've been a pingpong ball getting smacked back and forth in the process—unlimited revisions, unlimited studies, and unlimited billing. ... I see no end to this process in sight.

"I demand to know how the decision makers in this process can sleep at night knowing they are destroying local jobs [and] tax benefits," Dayspring continued. "This process is giving two options for the operators that are still standing: abandon a life's worth of effort, passion, and hard work in an industry they helped create, or fight until the end with every resource at their disposal."

According to SLO County staff at the meeting, 36 growers are currently protected under the abeyance, and when it expires, operators will have to stop cultivating and cease all other cannabis activities.

"Which means getting rid of our current inventory from our fall harvest, which we're being forced to sell," said Eric Powers, co-founder of Megan's Organic Market. "It's not an ideal time to do that. Prices are really low this time of year."

Following the public comment period, Supervisors Adam Hill (3rd District) and Bruce Gibson (2nd District) pushed forward a motion to agendize a discussion about an extension. Arnold and Supervisor Lynn Compton (4th District), though, voted "no," and 1st District Supervisor John Peschong was absent. Arnold said that the abeyance system has provided little accountability to the public on those grows and has caused too much of a headache for county staff.

"It's setting up two different systems," Arnold said. "[Staff] is spending too much time responding to complaints. ... We have to be fair to the public, too." Δ