If you want to hear the sweetest love story followed by the saddest tragedy followed by the sweetest blessing, keep reading. Carbon City Lights frontman Michael Venia was born in Saudi Arabia, and lived there his first decade. Meanwhile, his eventual wife, Brittany, was on the other side of the country, brought there by her family when she was young. They never met there. Michael wound up in Pasadena for school, and Brittany was also in California. Ships in the night. Later, when Michael was playing music and studying sound engineering in Toronto, friends of friends introduced them and shazam! Love. Like a Meg Ryan rom-com, they'd literally been passing one another in three countries over years. They got married and got pregnant. Now the tragedy. 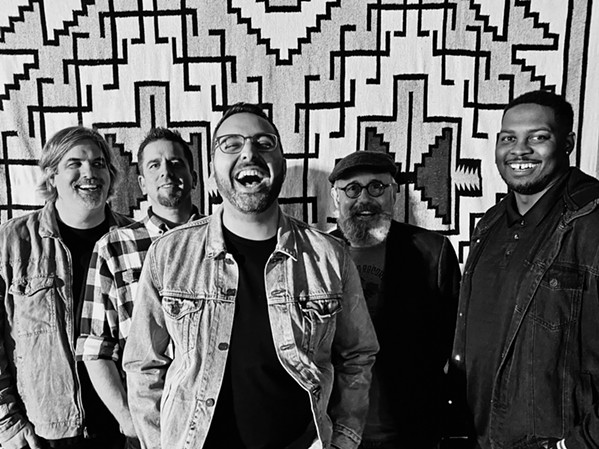 "It's been about a year now," Michael explained during a phone interview. "We were expecting a boy, and we were going to the hospital for a checkup on the due date, and my wife said something felt off. There was no movement, and when we got there, they confirmed that there was no heartbeat. We were in the hospital for about a week to go through the delivery process. It was tough."

They had planned to name their son Luca, bringer of light. 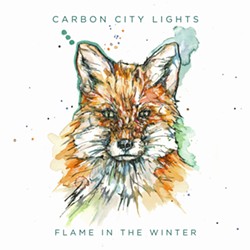 "There's a single on the new album, 'Light,' that's a tribute to him, and though there's darkness and loss, it's also about hope and optimism," Michael said.

"Light" starts with a driving baseline before Michael's vocals come in: "We had a dream that faded. We had a life that floated away. You know the sun came rising, and with the light came a new better day. Head down a dark road, yeah. We're seeing all the other headlights, and in the dark times, you've got a candle blowing in the wind, and when the night falls, yeah, you're the light that I see coming in. When your light shines, it goes on and on and never ends. Oh-oh-oh never ends."

I also promised you a blessing.

"My wife and I are pregnant again," Michael said on Nov. 3. "We're actually in the hospital now. There's nothing wrong, but they want to get things moving, and I think they're going to induce labor tomorrow."

Brittany's 37 weeks pregnant, and she and Michael have named their new boy Canyon. Carbon City Lights' new album, Flame in the Winter, will be released on Saturday, Nov. 14 (6:30 to 8:30 p.m.), and they'll either be streaming a live show or, if possible, having a limited attendance socially distanced in-person concert at SLO Brew Rock. Check the band's website for more info as the date comes closer.

On "If I Ever Lost You," Michael sings, perhaps to his wife, Brittany, "I've been holding on, holding on to you. I lost someone in the last few years. Oh the thought of it makes me want to hide, so I'm writing this to let you know I feel like never losing you one day. I would never be the same. Yeah-ah-ah, if I ever lost you, yeah. If I ever lost you, yeah."

The album's title track, "Flame in the Winter"—also a tender ballad that's warmed up beautifully by Liepman's cello—goes, "Like a flame in the winter, like a bird in the summer, I can feel you around me, I can sense when you're near me. You're all I need. You're all I see. There are times when I can't sleep. There you are like a good dream. Underneath the night sky like the glow of a full moon, you're all I need."

"SLO Town" is Michael and Brittany's story of falling in love with San Luis Obispo: "I came to you here in this beautiful old town. On a Thursday night, I knew it felt right. With all the memories now, we've made it our home town. We're driving up the coast, see where it takes us. I was always thinking you'd be the one I settle down with in this town. SLO Town with you, slow down with you." 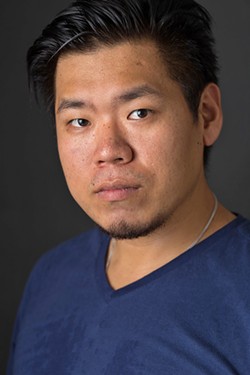 It's a really moving, beautiful sounding album. Congratulations to Michael and Brittany and SLO Town's newest resident, Canyon, who by the time you read this will probably be here.

Recorded on Oct. 15, 2020, you can now check out on Vimeo (vimeo.com/showcase/operaslo) an OperaSLO recital by tenor John Kun Park, featuring works by Tchaikovsky, Leoncavallo, Tosti, Bizet, Massenet, Wagner, Korngold, and Lehar. Susan Davies provides the piano accompaniment, and Denis and Leona Sullivan have generously underwritten this special performance, which is available for free. Park's got an amazing voice!

Ranchers for Peace No. 3

Chas. Duncan, chief songwriter for the father-daughter duo Ranchers for Peace, recently posted the third track from their Live at the Red Shack album, and it's wonderful. "Favor from the Rain" features a duet by Chas. and daughter Ray Duncan, singing a song we need to hear. "Maybe this rain / Will carry our sins away / And lead us to a brighter day / Away from this pain / Where anger and mistrust / Are swept away and justice / And compassion will remain/ We ask this favor from this rain." The election is over. Maybe we still won't know all the results by the time you read this. Breathe deep. Δ