The unlicensed caregiver of elderly lotto millionaire Charles Hairston no longer has control over the 88-year-old Paso Robles resident's fortune or his medical care. 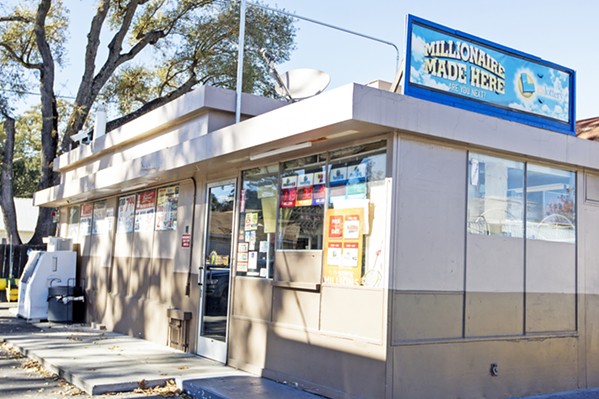 A SLO County Superior Court judge revoked Tiffany Borba's power of attorney as part of a contentious conservatorship case and appointed a third party to manage what's left of the $78 million lottery award Charles won in 2011, according to court records.

Charles asked Borba, whom he reportedly met while she was working at Scolari's Market in Paso Robles, to be his caregiver in 2012, and signed over power of attorney to her in 2015. He spent some of his winnings on gifts for Borba, including the purchase of a $819,000 home and a 2016 Porsche.

Charles' nephew Eddie Hairston initiated court proceedings to appoint a conservator for Charles in 2017, claiming that Borba failed to properly take care of him, isolated him from family and friends, and took advantage of him for financial gain. Court records show that Debora Trout, a licensed professional fiduciary, was appointed as the conservator of Charles' estate on Jan. 12.

As part of the case, Eddie raised concerns about Borba's handling of Charles' finances. Court documents reference large amounts of money being moved between three bank accounts set up outside of the trust created for the lotto winnings.

October 2017 bank statements filed as part of the court case show the transfer of $10,000 from one account in Charles' name to another. That second account, also in Charles' name, showed more than $8,721 in funds were withdrawn or debited in a 30-day period. A third account in both Charles' and Borba's name showed a balance of more than $92,000 between September and October 2017, with withdrawals totaling $3,510 for the same period.

Herbert Stroh, an attorney who represented Charles, also raised concerns about the accounts in a January court filing seeking to compel Borba to turn over accounting documents. Stroh's review of bank statements from some of the accounts showed "significant ATM cash withdrawals," according to the filing.

"There are significant outflows of large dollar amounts during 2017," he wrote.

Eddie's attorney, Brighton Hushing-Kline, said that the money in those accounts came from the lotto winnings trust, and questioned how much of the withdrawn money was used to pay for expenses related to Charles' care. He believes that Borba used it for her own day-to-day expenses.

"We've have long been suspicious of potential mismanagement," Hushing-Kline said. "She's not provided any explanation whatsoever."

In a written declaration submitted as part of the case, Borba denied allegations that she mistreated Charles. Meanwhile, she has enlisted the services of the Irvine-based law firm of Wallin and Klarich. Attorney Greg Balderrama confirmed that Borba was a client, but said it was not in relation to the conservatorship case.

"We are representing her in a very limited capacity," he said.

Balderrama declined to comment further on why he's representing Borba, but a March 26 letter to Eddie stated that Balderrama's firm was retained to represent Borba in a "pre-filing criminal investigation." According to the firm's website, a pre-filing investigation "generally involves a law enforcement agency analyzing and scrutinizing the facts of your case to determine whether the police agency can recommend that prosecutors file charges against you."

As of April 5, both the Paso Robles Police Department and the SLO County District Attorney's Office said they were not conducting any criminal investigations involving Borba.