Bus Stop will show at the Cambria Center for the Arts Theatre through May 6. Tickets are $10 for students, $15 for members, and $20 for non-members. Visit cambriacenterforthearts.org for more information.

It's a sentence that can explain away myriad social ills from decades past, though it doesn't make anyone feel any better. It's also a sentence that was uttered several times after watching The Cambria Center for the Arts Theatre's performance of Bus Stop. 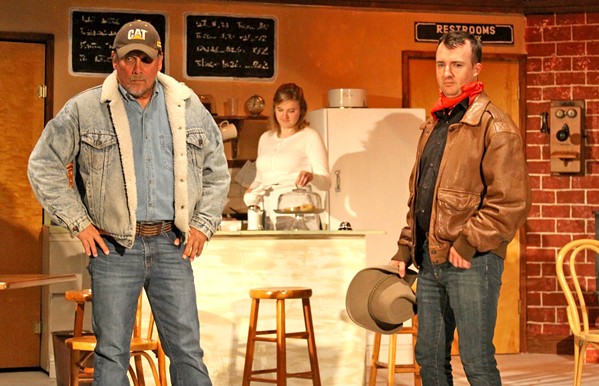 Written by William Inge, known as the "playwright of the Midwest," Bus Stop takes audiences to a tiny town in 1955 just outside Kansas City, Missouri, where a snowstorm has left bus riders and its driver stranded at a local diner for the night. While the tale serves as an interesting look at each character's ability to be introspective and grapple with what it means to love and be loved, it also unfortunately sends the message that a woman's self-worth is inherently tied to a man and his desires, regardless of how he treats her. And that could all be waved away with "it was a different time," except that recent movements like #MeToo proves that things aren't quite as different as we'd like.

The wise, candid Grace (Dawn Doherty) and earnest, sweet high school student Elma (Kaylee Nicole Smith) open the diner as the distressed Cherie (Danielle McNamara) rushes in. She's seeking the protection of Will (Jay Raftry), the local sheriff, after being abducted and put on a bus by cowboy Bo (Sean McCallon), who is intent on marrying her against her wishes. Virgil (Frank Moe), Bo's decidedly more reasonable lone-wolf rodeo buddy, also comes off the bus alongside the overly self-aware and very drunk Dr. Lyman (Oz Barron), who takes more than a friendly interest in young Elma, and Carl (Mark Klassen) the bus driver, who takes a shine to Grace. 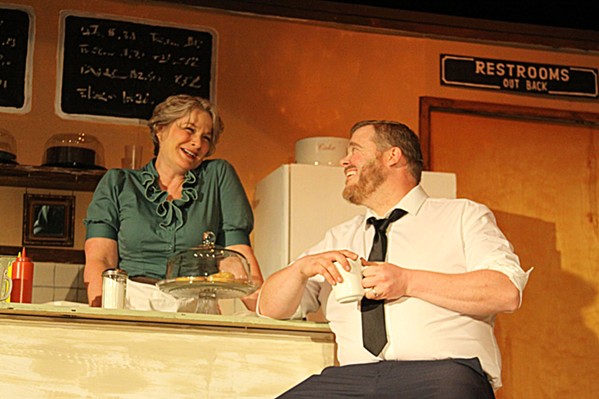 Troubling commentaries aside, the show is filled with interesting characters and the cast highlights each of their complexities and nuances on a simple set filled with a diner counter and a few tables. McCallon as Bo reverts from a rage-filled man hell-bent on getting what he wants to a young, naïve boy who fundamentally doesn't understand women. Doherty as Grace tries to find happiness on her own terms after her husband leaves her. Barron's Dr. Lyman struggles to do the right thing. McNamara as Cherie finds moments of standing in her own sense of self, telling Bo that being intimate isn't reason enough to start a life in Montana with someone: "That doesn't mean ya gotta marry me." And Moe's Virgil contemplates the path he's chosen.

The story's conclusion is abrupt and by no means comes full circle for all involved, but by the show's end, decisions are made and lives are changed. All but one person gets back on the bus when the storm clears; it's just not the one I was rooting for.

The next bus is leaving in 10 minutes. Contact Arts Editor Ryah Cooley at rcooley@newtimesslo.com.