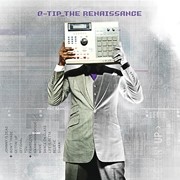 Even though he’s one-half of the seminal hip-hop group A Tribe Called Quest, we’ve surprisingly have heard very little from Q-Tip since his debut solo album, Amplified, in 1999, which is a shame. As a lyricist, Tip’s nasally delivery twisted insightful thoughts with boyish charm, catapulting two of ATCQ’s albums into 5-star classics. After numerous record label debacles, Q-Tip returns with The Renaissance, an album cohesively rich with soul-injected production and a positive undertone.  Ever the flirt, Q-Tip chases love on “Gettin’ Up” then switches to a narrative of romance in retreat on “You.” Gaining assistance from Raphael Saadiq and D’Angelo, The Renaissance may be the closest neo-soul has ever come to hi-jacking hip-hop. The J.Dilla-produced track “Move” is the highlight. The first half chops up the Jackson Five’s “Dancing Machine” with an enthused Q-Tip at his most invigorated, then segues into Q-Tip flexing his rhymes like legendary lyricist Rakim. If there is any disappointment, it has to be the tiresome hook on opener “Johnny Is Dead.” Otherwise, this is a song away from being near flawless. 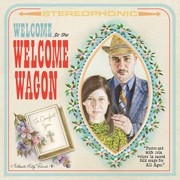 It will be no surprise that Reverend Thomas Vito Aiuto and his wife Monique write songs about Jesus. Attending the Princeton Theological Seminary will obviously influence your publishing. But with the production fulfilled by chamber-pop aficionado Sufjan Stevens, the folk foundations of The Welcome Wagon explode into  Technicolor expansiveness, outsized with horns, glockenspiel, and an army of singers. Vito writes songs appropriate for complex arrangement: literate parables that gain muscle with accentuated orchestration. The only real trouble with The Welcome Wagon is the heavy debt their sound owes to Sufjan Stevens. Since he’s a wizard at creating a small Baroque opus from folk compositions, you forget that it’s not Sufjan singing nor his band. But his production is masterful and enlivened here, and complaining about hearing more of it is like complaining about another cut of cake. And to hear Lou Reed’s Velvet Underground classic “Jesus” transformed into a supersized operatic performance is a worthy listen.