When we open the book on author Darren Delmore's life in Lucky Country: Confessions of a Vagabond Cellarhand, the scene is pretty blah. He's broke, he's divorced, and he's bartending. It's evident from the get-go that the writer could use a little adventure, or at least a little direction, in sleepy Humboldt County existence.

But then, she arrives. 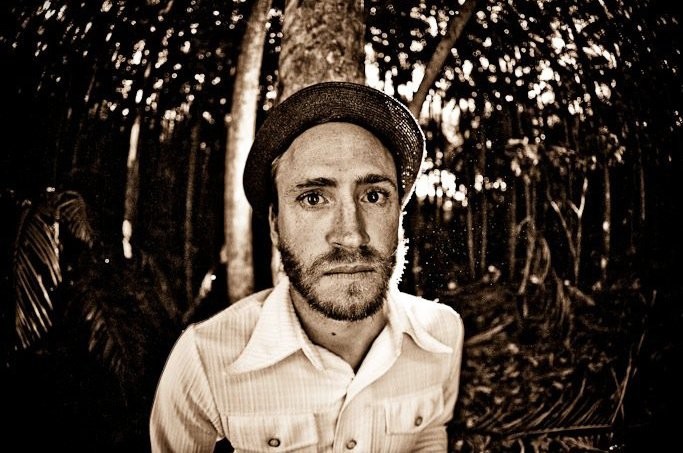 "She" is not a love interest, although for all intents and purposes, a hot and heavy romance blossoms. Like a tall dark stranger, an unfiltered bottle of 1998 Penfolds Kalimna Bin 28 Shiraz appears on the bar, slinky and bold.

As Delmore writes, this meeting "sparked my fantasy of leaving everything in America by the wayside."

The 10-year-long goal is for Delmore to get down to South Australia to work the harvest and get his hands on more of the "syrupy substance" that had transfixed his imagination so thoroughly.

The book—which details the realities, joys, and pitfalls of actually living that so-called dream—is sharp, comical, and self-effacing. If working harvest is a lot of work, reading about that work is a heck of a lot of fun.

It's a fitting sequel to Delmore's 2016 autobiographical tome, Slave to the Vine: Confessions of a Vagabond Cellarhand, in which Delmore, similarly stoned and alone, stumbles upon a job opening at Sonoma's staggeringly beautiful Hirsch Vineyards, arguably one of the most famous pinot noir producers in the world.

By a stroke of luck, Delmore lands a live-in job at the remote winery, a character in and of itself. There was blood, sweat, carnage, and bee stings (hence the yellow jacket on the cover). There were egos to contend with, weed, wild women, and a whole lot of self-discovery—but you can read it for yourself. The author's equally vivid and self aware sequel offers up even more behind-the-scenes cellar calamity, dark humor, and pest-dodging (this book comes with a very large spider on the cover, but it could just as well feature a snake).

Does Delmore find what he's seeking in Barossa Valley, Australia, home of the oldest vines in the world? Will he ever get his life together and become a "real winemaker?" If you know Delmore, who has written for Wine Spectator, is national sales manager for Tablas Creek Vineyard, and mans his own ocean-influenced wine label (aptly named "Delmore"), then you kind of know the answer to that question.

None of this is really a spoiler, though as the satisfaction of this and any good memoir comes from thought, not plot. You will get sucked into the juicy confessions, the daily winery struggles, and the twists of fate that pepper the writer's path toward self-actualization.

As with anything in life, the people met along the way are what truly color the story.

Set down under at Two Hands Wines, in what the owner of the winery calls "the great social experiment," Delmore is chiseled into something akin to a second draft of the winemaker he aims to become.

Press materials tease that Delmore's newest harvest tell-all details something "in the vein of MTV's The Real World or Survivor, where people from all walks of life have to live and work in close quarters for a burst of time." I would tend to agree.

However, when you add in 14-plus hour workdays, alcohol consumption, and the backbreaking stress of peak harvest into the mix, things get a little more than "real."

Often, Delmore is reminded that he's far from home, a reoccurring theme in his work. The reader, too, gets the sense that with each chapter, the familiar has faded further into the distance. Australia is a big place, so big that motorists who find themselves lost in "the bush" have been known to cut down power lines just to flag down help.

A fellow cellarhand warns Delmore, "But then, of course, you have to be careful not to electrocute yourself."

Delmore hasn't just grown closer to becoming the winemaker he always aimed to be; he's also grown into his own style and voice as a writer. It's a voice hoarse from yelling over the din of trucks laden with dark purple cargo, yet it never loses hope for what might await on the following page. Δ

Hayley Thomas Cain likes to call syrah "shiraz." She can be reached at hthomas@newtimesslo.com.