For more information on Central Coast Comedy Theater's classes, workshops, and performances visit centralcoastcomedytheater.com. The theater group will host a fundraiser show June 20 with comedian Cary Farrow headlining. The venue is still to be determined. Farrow will also teach a workshop at Ignite Movement Studio in Morro Bay. To donate to the theater's GoFundMe campaign, visit gofundme.com/ccct-needs-a-space.

After two years of making the people of San Luis Obispo County laugh, Central Coast Comedy Theater owner Sabrina Pratt is putting it all on the line. But she needs a little help.

With a solid history of teaching the art of improv and making audiences laugh at shows at Kreuzberg Coffee Co. in San Luis Obispo and at The Libertine in Morro Bay, Pratt is now ready to find the theater group its very own home in downtown SLO. 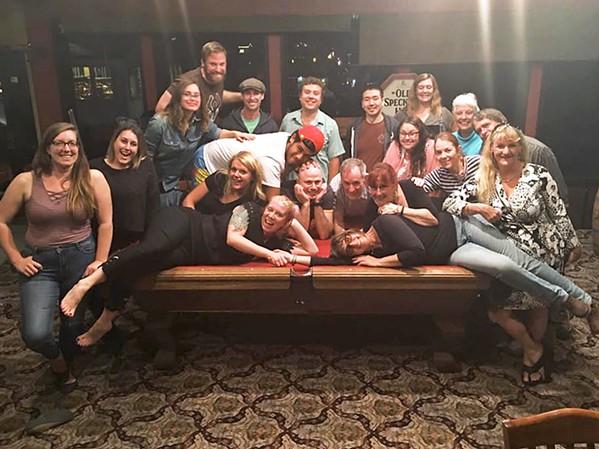 "I've been steadily working toward this," Pratt said. "It's just getting going, and we're getting our feet under us." 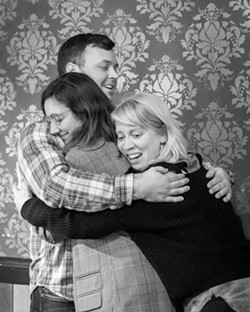 Pratt, with the help of friends and investors, has saved $25,000 toward securing a space in the downtown area to use as a 50-seat black box theater and rehearsal space. She's asking the community to meet her halfway. A GoFundMe campaign Pratt recently launched is seeking to raise an additional $25,000. She's hoping to meet that goal by the end of June and open the new theater space sometime this summer.

"We don't have a comedy club at all in San Luis Obispo," Pratt said. "I want to bring in names that people recognize. It's just good for performing arts to have professional artists coming through."

Pratt, who cut her teeth in improv comedy at the Second City Theater in Chicago, went part time this year at her job teaching drama at Atascadero High School in order to focus more on Central Coast Comedy Theater. This month will mark some of her last days as a teacher as Pratt looks to focus on expanding the theater full time. The new venue will serve as a performance and rehearsal space for the theater's ensemble improve group. Pratt will also host comedy classes and workshops there. She also plans to make the space available for other performing arts groups in the area.

"The more we have going on in the arts, the more people come," Pratt said. "We're building our market together."

Pratt said the theater group will host a fundraiser show on June 20 with comedian Cary Farrow headlining. The venue is still to be determined. Farrow will also teach a workshop at Ignite Movement Studio in Morro Bay during his time on the Central Coast.

Pratt said she hopes that people in SLO County will see this as a chance to be a part of something everyone can build together.

"This is an opportunity to invest in the community actively," Pratt said. "It's a priority for me to make it open for other groups. I want to share this space. It's really important to me to have a collaborative arts community. It's an opportunity to invest in artists who are developing. It's something different than anything that's being offered." Δ

Arts Editor Ryah Cooley is laughing out loud at rcooley@newtimesslo.com.