Since Central Coast Community Energy (3CE) first launched in 2018, it's made two promises to its ratepayers from Santa Cruz to Santa Barbara counties: that it will provide carbon-free electricity, and it will provide that electricity at a discounted rate.

While the regional public power provider says it still intends to keep both of those promises, 3CE is about to officially untether its rates from PG&E's.

On June 16, the 3CE policy board approved a new three-year rate structure that's based on its own costs, not its competitor's prices.

"Discounts themselves—that goes away entirely," 3CE Chief Operating Officer Rob Shaw told the policy board. "We need to be able to demonstrate our customer value separate from just where our relationship to PG&E rates are, because we have our own costs of providing service. We still need to remain competitive, and our cost-of-service proposal allows us to do so." 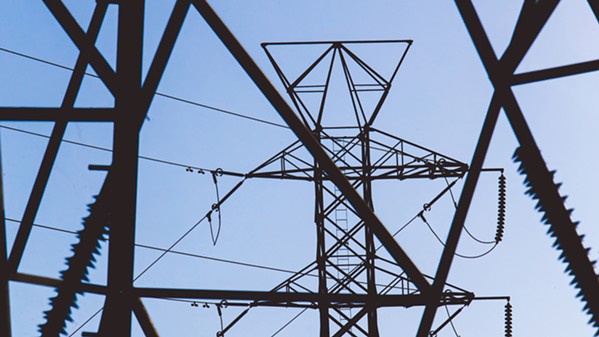 During its four-year history—from its beginnings in Santa Cruz, Monterey, and San Benito counties to its recent southward expansion—3CE has promised rate reductions from PG&E ranging from 2 to 6 percent, creating an easy cost-savings pitch to customers.

But that model also had flaws, according to 3CE officials. It meant 3CE had to make constant rate adjustments—73 in all—to keep up with PG&E's ever-fluctuating rates. During the COVID-19 pandemic, the rate roller coaster impacted 3CE's budget to a point where it's now ending the 2020-21 fiscal year in a deficit, according to CEO Tom Habashi.

"When we started the year, we thought we'd end up with $26 million of surplus," Habashi told the 3CE policy board, which includes three elected officials from the SLO and Santa Maria area. "We are now projecting about $500,000 of deficiency."

While 3CE still has about $120 million banked in reserves, Habashi said that the loss is indicative of how the old rate model hurt 3CE's ability to effectively plan its finances—something he said will be even more important in the coming years as Diablo Canyon Power Plant is slated to shut down in 2024 and 2025.

The upcoming few years will be an anxious time for power providers across California, Habashi said, as they'll be expected to fill the carbon-free energy void left by Diablo Canyon. 3CE has pledged to grow its share of renewable energy to 60 percent of its total portfolio by 2025, and 100 percent by 2030, but regulators are ramping up the pressure now, Habashi said.

"For the next three years, there'll be a lot of push coming from the CPUC [California Public Utilities Commission]," he said. "They're not saying to PG&E, 'You're going to have to figure out a way to replace Diablo Canyon.' They're coming to all the load serving entities, like us, and saying, 'You've got an allocation of a certain amount of capacity you're going to need to bring online.'"

In addition to that stress, 3CE is also grappling with increases to the exit fees charged to customers leaving PG&E for 3CE, which are set by the CPUC for community choice aggregation utilities statewide.

"The squeeze is going to continue," Habashi said.

The rates are designed to generate 1 percent less revenue than PG&E's rates, with potential savings varying by 3CE customer class. According to estimates, residential customers are likely to see a 1 to 2 percent discount under the new rates.

In response to public feedback, 3CE axed a proposed fixed monthly charge on residential customers of $4.50—opting instead for an all-volumetric rate model.

Customers complained in public comments that a fixed charge unfairly impacted those who consumed less energy, like homeowners with rooftop solar systems or renters in smaller apartments. That change, in turn though, will place more of a financial burden on high-energy-use customers.

In another win for home solar advocates, 3CE also increased the rate it'd planned to pay customers who generate more energy for the grid than they consume each year.

Along with 3CE's rate overhaul, the policy board also talked about 3CE's local energy programs—which include incentives and rebates for electric car (EV) purchases, EV charging port installations, and building upgrades—and how they can get more investment and participation.

Energy programs receive 3 percent of 3CE's annual rate revenues, and despite budgeting as much as $7 million for them between 2018 and 2020, 3CE spent only $530,000 during that time, due to a lack of demand.

"What can we do to make sure the program budget is more utilized?" Santa Barbara County 1st District Supervisor and 3CE policy board member Das Williams asked at the June 16 meeting.

The programs picked up more steam in 2020 and 2021—dishing out more than $4 million in rebates, including a chunk to SLO developers to build the 577-home San Luis Ranch as all-electric. The policy board budgeted a record-high $12 million for the upcoming fiscal year.

"$12 million will be a challenge but I think it's a challenge staff is excited to meet," Shaw said.

According to Jon Griesser, director of energy programs, participation in the 3CE programs is as much linked to the overall progress of the clean energy industry on the Central Coast as it is to simply raising more awareness about 3CE's programs.

"There needs to be a lot of work done to put the necessary pieces in place to have market transformation," Griesser said. "There needs to be greater awareness of EVs, greater inventory at dealerships, both new and used, and they need to be in a position to not just have those cars on their lots, but effectively sell them. People need to be confident that once they buy them, they have the capability of charging them reliably and conveniently."

3CE is preparing to roll out six energy programs for the 2021-22 fiscal year. They include rebates and incentives to buy EVs and electric bikes, to install private and public EV charging stations, to electrify residential buildings with appliances like induction ranges and electric water heaters, and to electrify agricultural equipment like water pumps and tractors.

Those draft programs are out for public comment through July 13. Customers can review the details at 3ce.org and provide feedback at programs@3ce.org. Δ