As You Like It will show at the Filipponi Ranch through July 28 as part of the Central Coast Shakespeare Festival. The Three Musketeers will also be performed on alternate nights. Tickets are $12 to $20. For more information, visit centralcoastshakespeare.org.

The enchanting outdoor setting of a small valley in San Luis Obispo surrounded by oak trees, with a beautiful sunset gradually fading into the night sky, added to the charm and magic of the evening at the opening night of the Central Coast Shakespeare Festival at Filipponi Ranch on July 12.

This year's offering of Shakespeare's classic romantic comedy As You Like It offers a fantastic experience that everyone can enjoy. The bard's play is a hilarious tale of cousins seeking freedom, love, and companionship, in spite of their feuding families. It is made complete in the way typical of a Shakespeare classic, with magical forests, royalty, fools, and love at first sight. The Central Coast Shakespeare Festival repertory company has executed it brilliantly, thanks in large part to director Cynthia Totten and the very talented actors in the show. 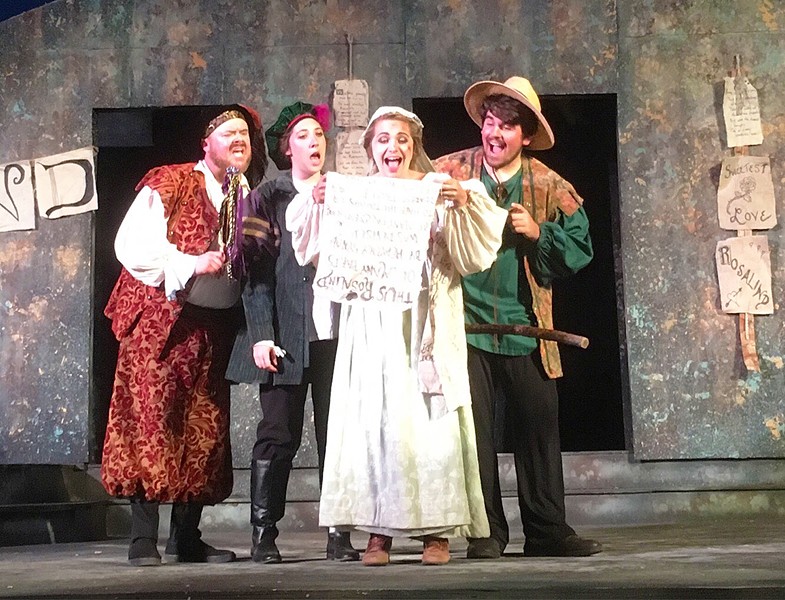 The Duchess Senior (Kate Kravets) has been usurped and exiled to the forest of Arden, along with much of her court, by her sister Duchess Frederick (Krystal Kirk). Now Duchess Frederick threatens her niece Rosalind (Megan Schreiber) with exile as well. However Frederick's daughter Celia (Kristie Siebert), unable to live without Rosalind, decides to join her in exile, so they run away together into the forest. Rosalind and Celia take with them their money and a fool (Mark Klassen) from Duchess Frederick's court.

But alas, Rosalind falls in love with Orlando (Alex Guersman), son of an enemy family. Things grow more complicated when Rosalind, dressed as a man to avoid being stopped by bandits, meets Orlando in the forest. She discovers he loves her too and proceeds to convince him she can cure him of his love if he pretends that she is Rosalind (which unbeknownst to him she really is).

The play is amazingly executed, showing the conflict between families and love between cousins, sisters, brothers, and couples. As You Like It throws you right into the story, and the actors are your guides on this magical, chaotic journey. Screiber and Siebert play an important part in this as they bring a wonderful emotion that comes with their characters' deep connection to each other and their inability to live without the other. 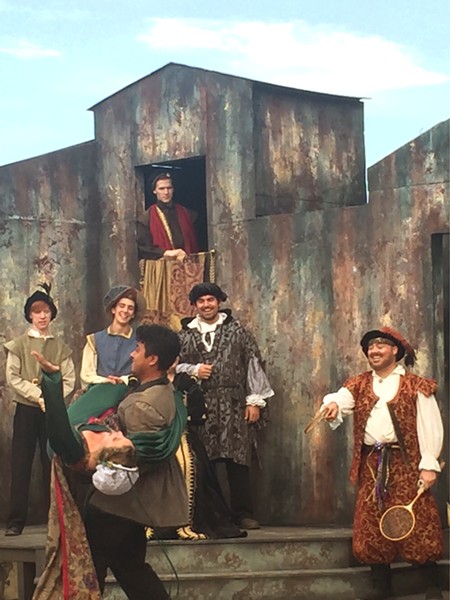 While not everything wraps up neatly like in so many other Shakespeare plays, As You Like It ends on a beautiful note, with well-rounded relationships, great humor, and enjoyable Shakespearean insults—like "motley fool," and "being old thou canst not guess." It also offers great character development, including a redemption arc for one character in particular. The show also holds some of the most loveable characters you're likely to meet, a depressed lord (Gryphon Storm) in the company of the exiled duchess, and a swooning shepherd (Robert Kinner) in love with a girl (Madeline Whalen) who it seems will never love him back. This supporting group brings comedy and brilliance to the stage, and although they're not the main characters, they are some of the funniest.

While the feuding families do not exactly find peace with each other, they do have a level of resolution that ends the play on a light, happy note. The play is done in a unique way, which shows more of the woman's side to being in love, and the extreme lengths that she will go for love and the actresses bring that forth in their different characters beautifully.

After all, as the fool in As You Like It says, "We that are true lovers run into strange capers." Δ