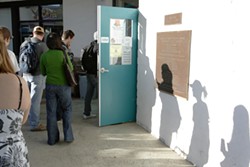 Here on the West Coast, the inauguration came early; at Uptown a barista pulled shots of espresso and watched as the ceremony streamed live from Washington. But that was just the beginning. Around the county, Barack Obama supporters raged into the night, raising glasses of champagne and sharing their versions of “hope” and “change.”

Cuesta students filed into the student center before 8 a.m. to watch the ceremony on a grainy, static-charged big screen. The students’ reward for getting an early morning jump on democracy was laid out on a folding table: mini-doughnuts, croissants, juice boxes, and cereal bars for their breakfast with Obama. Cuesta’s gathered masses gave an approving hoot and holler for VP Joe Biden’s wife, a community college professor who plans to keep expanding minds in Washington. 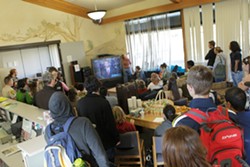 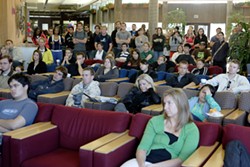 At the Cal Poly University Union there wasn’t a nook or corner lacking a TV, and students huddled around them like freezing Europeans to a fire during a natural gas embargo. Obama kissed his wife, and his two cute kids, and was finally sworn in amongst cheers and a few tears. George W. Bush was similarly cheered—when he flew off in a helicopter.

“Audios, Buster!” one woman called out. 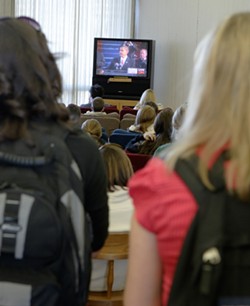 Then, for most, it was off to regular days at work, or even regular naps. Yet the parties kicked up in earnest in the evening.

The biggest local party of the night was undoubtedly the Inauguration Ball at the Graduate, where the over-30 crowd dressed up and partied for 2009 like it was 1999. An eerie Obama cut-out made its way around the room, stopping for photo ops. Cars lined up for blocks, and former SLO city mayoral candidate Don Hedrick took the opportunity to decry “corruption” at City Hall.

As the night wore on, New Times found Jamie Walker’s party, near downtown SLO, where she graciously took us in, offering snacks and effervescent wines. 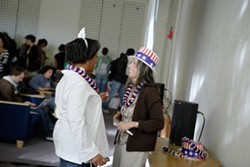 And then a roving band of bicyclists appeared, armed with horns and trumpeting the new era so horrifically that one almost wished for the old one. Almost. ∆

Getting paid to crash parties is probably the apex of Kylie Mendonca’s journalistic career. Tell her it ain’t so at kmendonca @newtimesslo.com.

“Obama needs our support. We need to be active if we want to see real change. We all need to do something. If you want to be a citizen, a real citizen, I think it’s time people became responsible, politically, and grew up.”
Eileen, Cuesta student

“I think there is a collective feeling of hope all over the country. You know, we’ve been apathetic for so long, it’s just very exciting.”
Binta Diakita, Cuesta student

“I definitely enjoyed the speech that Obama gave. I thought it was very inspiring. He made a lot of good points about change, and I just hope he can see them through.”
Mark Montano, Cal Poly student

“This was the first election that I voted in, and I went down there with about 15 of my friends…this is exciting, it’s overwhelming because we’re excited for change. As a country, it’s been very negative, so I think we’re excited to see that coming to an end.”
Shauna Kimball, Cal Poly student 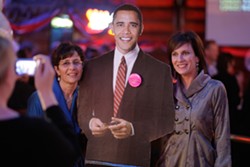 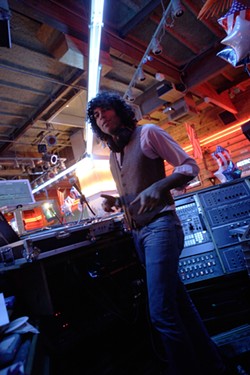 “We have a new future today and our president recognizes that we have a climate crisis. So we’re about to embark on a journey of solutions, and we need to lead the world.”
Ken Smokoska, environmentalist

“I’m so excited, because this time last year there were so many people who were apathetic about politics…I can actually, honestly say that I’m proud to be an American today more than ever.”
Mark Grayson, Gyrotonics trainer 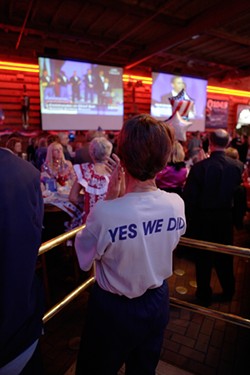 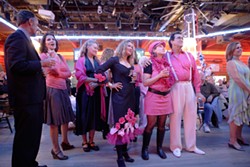 “This inauguration was different in the sense that the things we heard in the past were fear based, and this was opportunity…what [Obama] seemed to be saying today is that we have a responsibility as citizens and as people, and we have to live up to that responsibility.”
George Griffin, Code Pink

“I have to give George Bush credit—he brought a new level of awareness to this country through human sacrifice. Maybe I shouldn’t give him credit, but maybe you have to go through that darkness before you come to this light.”
Dawn Ortiz, Code Pink

“I loved the inauguration from beginning to end. The crowds were unmatched in our lifetime.”
Nancy Barta, registering voters since JFK

“I’m the guy in the back of the bus, screaming, and the bus continues to drive off a cliff. So hopefully we’re getting a better bus driver.”
Kevin Winfield, backseat driver

“I almost cried today. Tears of joy—no, I was thinking about the last eight years.”
Mario Batataglia-Winfield, student

“I’m actually stunned at the way everyone around me has reacted. I keep hearing people say they cried all day and how significantly moved people are here. …Don’t get me wrong, I’m amazed, I’m awed, impressed.”
Nancy Soderberg, party host by proxy

“This is probably the greatest way to start this new year off. I’m very excited. I’m embracing this change.”
Cynthia Hostetter, alpha bitch

“With Barack I feel there is really hope. Not just to improve our lives, but to improve our standing around the world. He’s right, though—if we want things to change, we have to really work at it.”
Jamie Walker, gracious party host

“For the first time in eight years I cried over something good, instead of something bad.”
Ariel Weininger, cyclist/Obama supporter

“I feel this strange flicker of hope that’s both energizing and frightening.”
Ryan Fagen, mobile partier 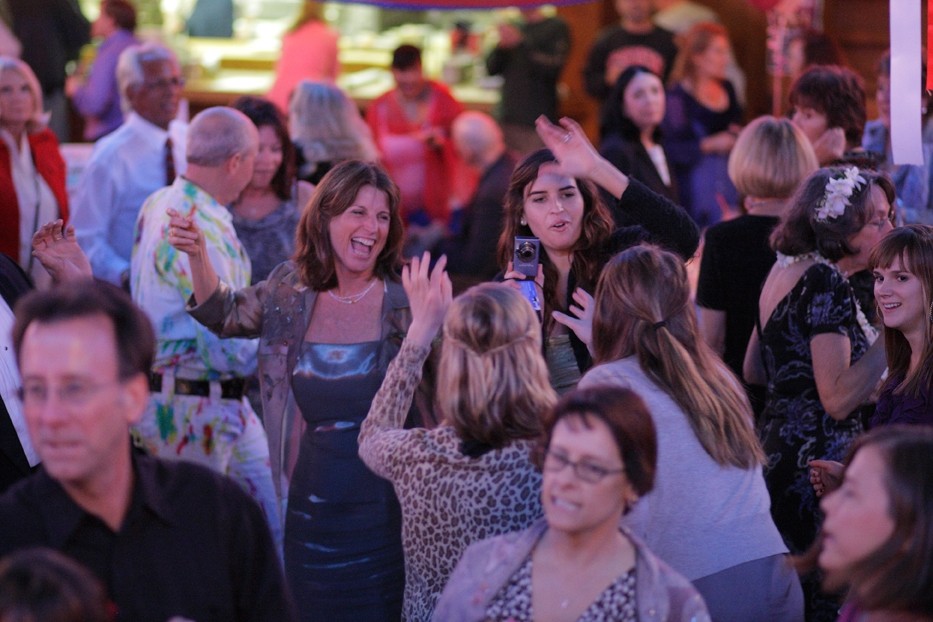 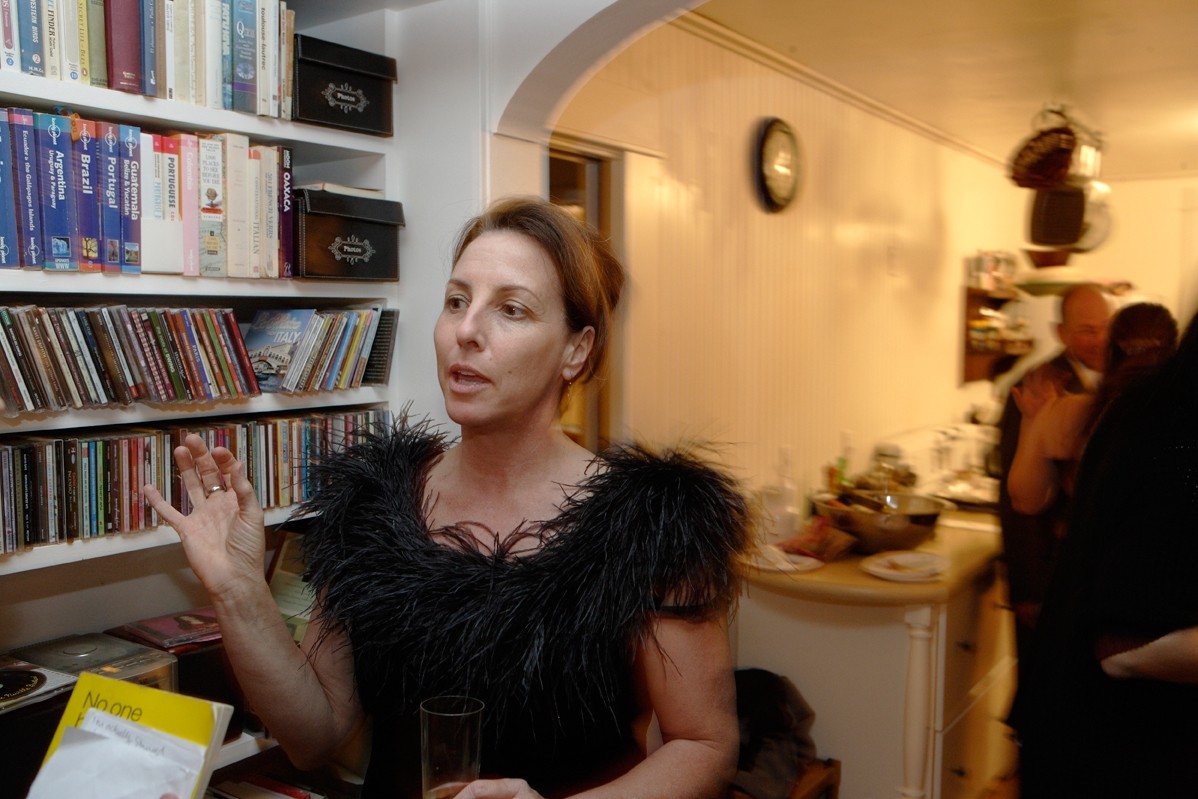 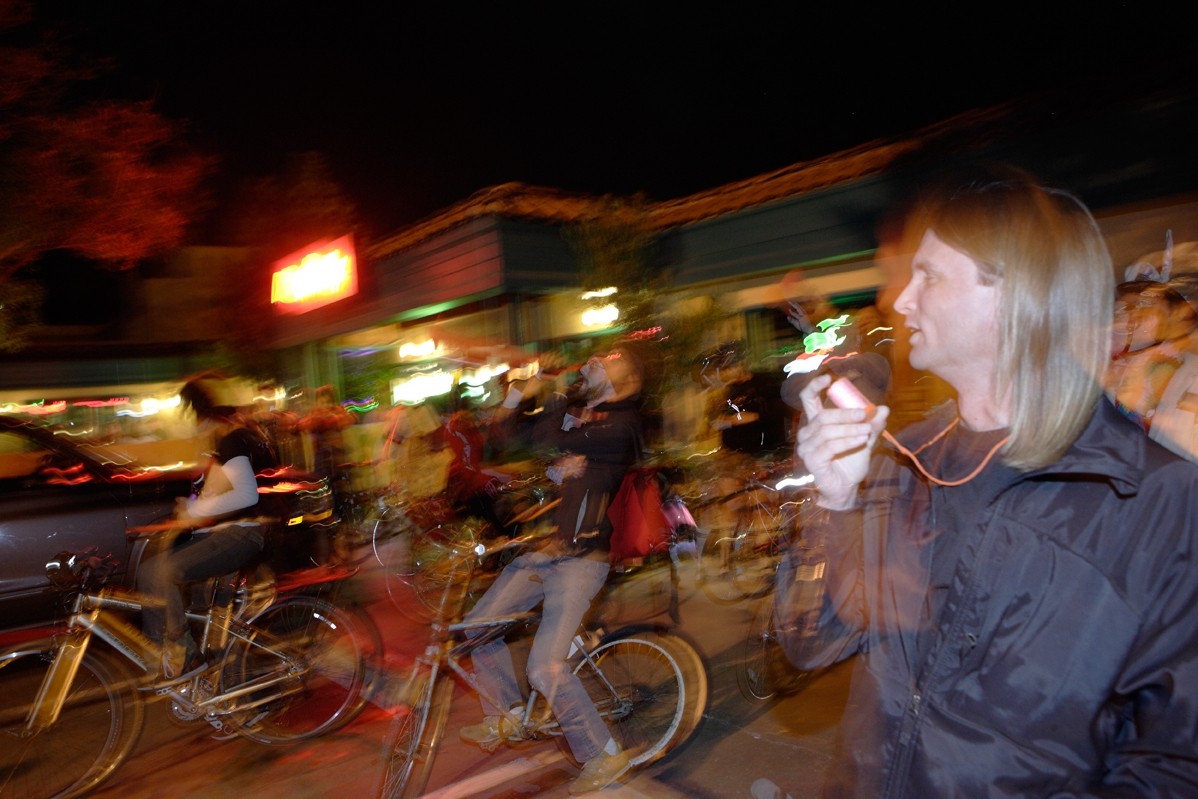