The story of the Los Osos 45 shifted into mystery-dinner-theater mode this week with the sudden appearance of a certain long-forgotten groundwater study. 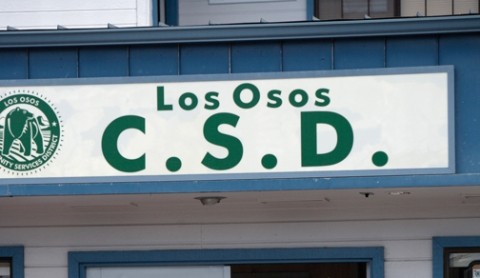 # Mention of a 1987 nitrate isotope report by Dr. Roy Spalding of the University of Nebraska caused a stir at a July 7 presentation by Ripley Pacific engineers, but, until July 19, the subject remained merely a rumor. Spalding said that he lost his copy of the readings during a routine system purge in the â€™90s.

Several letters by soil scientists, including Cal Polyâ€™s Tom Ruehr, testified to the results, which attributed nitrate contamination in the upper aquifer of the Los Osos groundwater basin to agriculture, not leaking septic tanks.

Once verified, the study called into question the validity of the cease-and-desist orders drafted by the Regional Water Quality Control Board (RWQCB) against 45 low-income prohibition zone households. Water board director Roger Briggs, however, alluded to a subsequent memo by soil scientist Dennis Rolston of UC Davis, which offered a contradictory conclusion to the same results.

Of course, the disappearance of Spaldingâ€™s work for nearly 20 years raised some brown flags among the current incarnation of the Los Osos Community Services District (CSD) board. Water board official Matt Thompson explained that itâ€™s not really that curious for a study to fall between the cracks, considering the collection of reports on the matter is literally 2 feet thick.

â€œItâ€™s probably the most heavily studied basin in the Central Coastâ€”if not the state,â€? Thompson commented.

Though the water board staff offered no explanation for the suppression of the study between 1987 and 1995, arguments still raged against the validity of the water boardâ€™s nitrate readings.

â€œThis report was downplayed by the RWQCB because it did not enhance the boardâ€™s stated demand for a sewer,â€? Ruehr wrote in a letter to consultant Dana Ripley. â€œIt was marginalized since then.â€?

A Freedom of Information Act (FOIA) request by New Times for the study yielded letters from county officials confirming Spaldingâ€™s readings and conclusion, and also a copy of Rolstonâ€™s memoâ€”but not the original report. Ripley indicated that the study shouldâ€™ve transferred from county engineers to the CSD when the agency formed in 1998, but nothing turned up in a search of the office files.

Another FOIA, sent to public works, is still being processed by that county body. Department head Noel King has seven more days under statutory requirements to provide the files, or provide an explanation for denial.

In a related topic, the CSD board plans to unveil another reportâ€”by San Luis hydrologist Tim Cleathâ€”on July 20 at its regular Thursday meeting, detailing other contaminants in the upper aquifer. A preliminary copy faxed to New Times shows low levels ofâ€”at the momentâ€”still unregulated chemical presences. This leaves filterable nitrate contamination as the sole concern facing the groundwater supply now and in the immediate future.