Christie was a superb commissioner 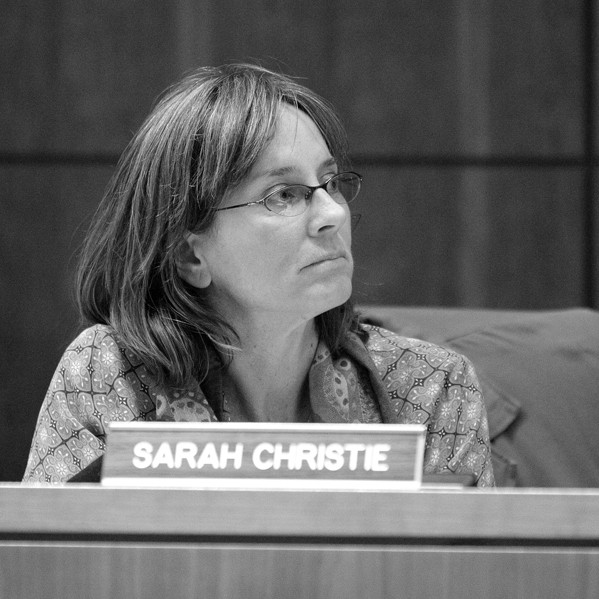 Sarah Christie—a great environmentalist who was summarily removed from the county Planning Commission by Supervisor Jim Patterson, who appointed her—is one of those rare people you might, with luck, meet in a lifetime. She’s so rare that in the 43 years I spent reporting for such newspapers as the Los Angeles Times, I can’t remember anyone quite like her. Oh, yes: I did cover Rev. Martin Luther King in the ‘60s, so that puts her in second place. But whoever could be next in line would be a very distant third.

The planning commissioners do not bask in the political limelight, as do elected officials: Relatively few county residents witnessed Christie in action in that setting and therefore can’t really comprehend the severity of losing her. Those of us who have worked alongside her, been taught the art of activism by her, and have witnessed her amazing capability and resulting accomplishments for the environment and the public interest, do understand.

Sarah has been a key member of the Santa Lucia Chapter of the Sierra Club and a former environmental analyst of the Environmental Center of San Luis Obispo (ECOSLO). And that background is a key reason why experienced activists for the public interest view her forced resignation as a devastating loss.

I believe strength is her greatest quality: strength stemming from her intellect, skills, and long experience in public affairs and environmental protection. She is always respectful and considerate of others in a straightforward manner. Her detractors have disparaged her as being abrasive because she cannot be bridled and/or simply because she’s a strong woman. And she is no doubt annoying to those who want their economic power to prevail, the very ones who targeted her.

Those interests know full well the Board of Supervisors can and sometimes has countermanded Planning Commission recommendations and actions. But they also know that when the supervisors override commission findings, they frequently are held accountable by well-informed government watchers, including New Times alone among the community media.

As Colin Rigley’s recent cover article (“So long, Sarah,” Dec. 17) makes clear, the pending proposal to cover vast areas of the Carrizo Plain with solar panels was the immediate reason why certain private interests pressed hard to have her yanked from the commission. However, it was her cumulative battles in the public interest on a range of issues over the years that ultimately brought her down. But the solar controversy deserves a hard look.

Solar panels atop parking structures and warehouses in the urban areas of San Luis Obispo County would have far less consequence to the environment and wildlife than would vast solar arrays in pristine remote areas. That alternative is commonly termed “urban photovoltaic” and was recognized by the California Energy Commission in a landmark ruling last June as a viable alternative to gas-fired power plants, in large part because of lower cost and far less environmental impacts than solar panels would create in remote open spaces.

What guided Christie and her fellow commissioners in their recent review of the Conservation and Open Space Element of the county’s General Plan was plainly not bias against the two companies who seek approval to build solar projects on the Carrizo Plain, but emerging evidence that urban photovoltaic would be a superior alternative to such projects, which the media has largely failed to report.

Even though Sarah Christie’s gone from the Planning Commission, the supervisors still face considering such alternatives to the proposed Carrizo projects as urban photovoltaic because the Sierra Club and other environmentalists will present the facts to them and their staff.

Perhaps the most ironic aspect of this solar issue before the commission was a draft Christie wrote of updated policies on energy for the Conservation and Open Space Element, which drew heavy fire from  special interests. That draft did not voice her personal convictions; it reflected public comments, as Rigley pointed out in his article. Imagine that: the voice of the public actually being translated into a government document! Unprecedented? Perhaps. Intolerable? Absolutely—if you are a special interest used to having your words converted directly into government policy, in the way lobbyists have been known to write federal legislation and policy subsequently adopted as law.

Sarah Christie has done so much for us and continues to do so as legislative coordinator for the California Coastal Commission, I feel compelled to open some eyes. That’s what I have always tried to do as a reporter and more recently, as an activist.

Morro Bay resident Jack McCurdy was a reporter for the Los Angeles Times for 20 years and was California correspondent for the Chronicle of Higher Education for 20 years. He was a member of the Times staff who won the Pulitzer Prize for coverage of the Watts riot (in 1965). McCurdy co-founded the Coastal Alliance on Plant Expansion, which is working to ensure that if a new power plant is built in Morro Bay, public health and the Morro Bay National Estuary will be protected. Send comments to the editor at econnolly@newtimesslo.com.