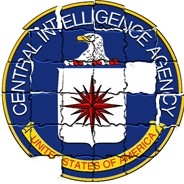 It was the fall of 1964 when I received my draft notice at the age of 24. A year out of college, and involved in the civil rights movement, I already knew I was opposed to war. I had to quickly determine my next step because my draft board gave me two weeks before my date to report. I was not thinking about avoiding the draft but rather, was clear in a realization that I did not want to put on a uniform or kill people. So I applied for 1-O draft status as a conscientious objector, and sent an application to International Voluntary Services (IVS), a precursor to the Peace Corps.

I was living at the time in Indianapolis, so IVS personnel director John Hughes flew in and interviewed me at the airport. He said there were job openings for volunteer assignments in two countries, Vietnam and Laos, and the pay was $150 a month by direct deposit to my bank account. I said, “I do not want to go to a war zone or be involved in a war,” so I chose Laos and was accepted on the spot. He said IVS was contracted by the U.S. Agency for International Development to do rural development work with the Lao people. He never mentioned (nor did he really know at the time) that Laos was a major war zone but the war was Top Secret—at least to the American people and the Congress.

I arrived in the sleepy capital, Vientiane, in October 1964, where there is the grand Buddhist Wat Luang temple with its spectacular Golden Stupa that is the symbol of the Lao nation and purportedly contains Buddha’s bosom bone, as well as a bustling public marketplace and, at that time, just one traffic light. On my fifth day, I was sent north to a remote mountain place called Sam Thong [pronounced Sam Tong], where I was supposed to teach English to poor, uneducated Hmong nurses who were working at a very small Filipino hospital operated by Operation Brotherhood (OB), located on a dirt 100-yard landing strip. When the two-engine Air America aircraft landed and unloaded stretcher after stretcher with their battle-wounded, I would very abruptly and firsthand learn that I was in the middle of a war zone.

Within just 48 hours, I realized that Air America was run by an obscure U.S. government body I had never heard of called the Central Intelligence Agency, that OB was contracted to this agency, and that the bloodied and maimed people who were carried into the simple, four-room clinic were part of a secret army of local Hmong tribespeople to do battle with “the Communists”—the Pathet Lao and their North Vietnamese allies.

I uncomfortably started asking questions about the pallets of rice and military ordnance piled on the landing strip and being ferried across the mountains to small landing sites. In no uncertain terms, I was told: “That’s not your business.” Then I learned that the rice was being flown across the mountains and dropped just ahead of the Hmong fighters in a way calculated to make them march toward the rice rations and inevitably into battle. These in turn were the dead and the wounded being ferried back each day for medical treatment. The larger picture of this ‘secret war’ became obvious to me.

At the end of my second week, I was falsely accused of sexually harassing the nurses and ordered to leave Sam Thong and go back to the capital. In essence, this turn of events was a lucky charm for me, and perhaps even saved my life.

The next assignments I would have were in keeping with the idealistic “helping people to help themselves” IVS motto that first attracted me to the job. I easily learned to love Lao food and became fluent in the Lao language, though due to a measure of laziness I sadly never learned to write or read the Lao script, which is related to Khmer, the official language of Cambodia. After a near-fatal bout with malaria and dengue fever and gallstones, I lived for a time in Vientiane, working on the first-ever census of the capital.

Mainly, I lived and worked with another IVSer at Muong Cao, a small village about 150 miles south and east from Vientiane, on the Sane [pronounced Sahn] River, a Mekong River tributary. This work took us to 16 villages in the area, helping to build water-seal latrines, deepwater wells, a school, and distributing seed and fertilizer.

Nearly every day, we would hear and see large B-52 aircraft flying overhead from U.S. Air Force bases in Thailand, Okinawa, and the Philippines, headed north on bombing missions in North Vietnam. The bombers would return in the mid- or late afternoon but, because they often still had bombs aboard that they didn’t use on their targets in Vietnam, the pilots would ‘dump’ them in Laos so they could safely land back at their home bases. This and other military bombing meant that when measured on a per capita basis, more tonnage of ordnance was dropped on Laos than in the entire history of warfare, including during World War II or the Vietnam War itself. Still today, from the air, much of northern and eastern Laos literally resembles a moonscape.

One day, I heard from a villager near where we lived that there had been a bombing in one of the 16 villages. I rushed by jeep about 20 miles on rutted dirt paths and crossing rice paddies, and reached the village some 90 minutes later. It was immediately obvious that there was wide devastation in the village, with dozens of bodies and body parts all over as well as villagers’ simple thatch hut dwellings laid to waste, and carcasses of water buffalo, pigs, and chickens. Knowing well that the American pilots would routinely circle around for a second run on their target, any surviving villagers had fled for cover into the jungle nearby.

I ran east into the dense jungle until I heard the haunting sound of wails and cries of survivors. There, I sighted my friend Phanh, with whom I had worked just the week before digging the 30-foot-deep hole where we and other villagers were building a well into which we used ropes to, with difficulty, lower large circular cement rings. It was evident that Phanh was badly wounded by shrapnel, was gasping, and was fast losing consciousness. As I took him in my arms, his last words while bleeding through his ears and eyes were, in Lao, “Please understand that I am not dying for your country; I am dying for my country.” I never knew if he could hear me, but I swore aloud that I would find out why they bombed his village.

Though I did not know it at the time, I learned in subsequent months that the bombing on this poor peasant village with a population of about 85 people had been called in by the CIA. My life was forever changed; I decided that I would spend my life investigating this secret instrument of American foreign policy.

Louis Wolf is currently serving a sentence of six months house arrest for carrying a protest against the U.S. Army School of the Americas (renamed the Western Hemisphere Institute for Security Cooperation) onto the military base at Fort Benning, GA.  Contact him through the editor at econnolly@newtimesslo.com.