Civic Ballet of SLO's The Nutcracker will show at the Cal Poly Performing Arts Center Dec. 8, 9, and 10. Tickets range from $18 to $59. Visit pacslo.org for tickets and more information.

It was just a two-car garage in San Luis Obispo, but Lorilee Silvaggio knew she could make it work. 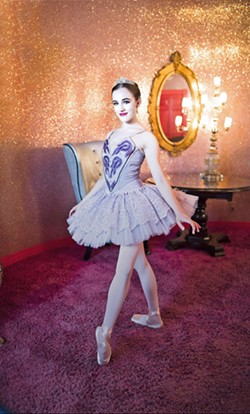 It was 1970 and Lorilee was trying to open a dance studio. She was in her early 20s with a husband studying architecture at Cal Poly and a baby, but she knew she could make it work.

"The Central Coast really had not flowered when it came to dance," Lorilee said.

There was only one other dance studio in town at the time, so with the blessing of the city, the San Francisco Ballet-trained dancer opened her garage to all the tiny dancers who came to study at the Academy of Dance, SLO. By the end of the year there were more than 100 students, and more than two years later at they moved into their first downtown studio space.

About seven years later, the studio launched the Civic Ballet of SLO as its professional performing group. Several studios, many years and, many, many showings of The Nutcracker later, the performance group is celebrating its 40th anniversary. Along the way, Lorilee raised three children, got a master's degree, and made a career switch, handing over the studio and Civic Ballet to her son, Drew Silvaggio.

"This is not what I had expected, but I was so thrilled," Lorilee said. "It was so much fun raising my three kids in the studio. I had made the decision that my kids might not want to pursue dance ... but the attractive spirit of the studio captured my kids."

Drew in particular really wanted to dance from a young age. Before he was even old enough to take class, his mother had to hold him back with one arm while she taught, so he wouldn't take over the dance floor while her students were learning. It also wasn't unusual for the future choreographer to give his mother notes on the other students' performances or spout off staging ideas.

After high school, Drew went off to study musical theater at the University of the Arts in Philadelphia, living the dancer's life of taking class, going to auditions, and performing. While lifting another dancer, Drew slipped a disc and injured his back, which sent him back home to SLO to heal. Eventually he started helping out at the studio more and more, taking over as artistic director at the Civic Ballet in the 2003-04 season when Lorilee transitioned to a career as a psychotherapist in Stockton. 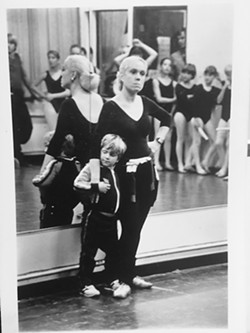 "It's kind of how it's supposed to work," Drew said. "You start something, and your family takes over."

In recent years, Drew has led the group in partnering with OperaSLO to have live music at the annual Nutcracker performances as well as bigger, citywide collaborations like the recent showing of Madame Butterfly at the Cal Poly Performing Arts Center. Within the last year the company also launched CB2, a junior company for younger dancers aspiring to be in the Civic Ballet.

"I realized I could inspire people to tell a story, and that's really what dance is," said Drew, who has staged dance adaptations of Arthur Miller's The Crucible and Agnes DeMille's Rodeo.

While Drew knows there may be instructors better at training dancers, his heart lies in creating a show.

"Obviously it was nepotism," Drew said of taking over the studio. "But there is something I can do and that's tell a story. I wanted this to continue because it's the best way to honor my mom. I have so many stories to tell. I have 40 more years in me to go." Δ

Arts Editor Ryah Cooley once had her birthday party at a Nutcracker dance rehearsal. Contact her at rcooley@newtimesslo.com.