It should now go without saying that it's always a good idea to confirm with the venue that the show will go on, and this week there's a bunch of great ones. As of press time, here's what we've got: 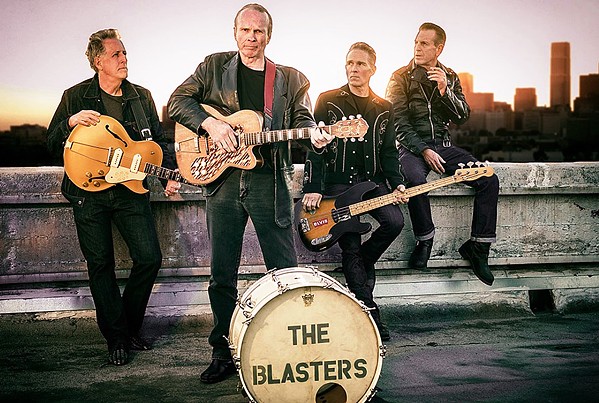 This band is near and dear to my heart. Their music was on regular rotation during my early DJ days at KCPR. Like the Stray Cats, who arrived on the scene about the same time, they tuned me in to rockabilly and more.

Influenced by mentors such as Joe Turner and T-Bone Walker, they had an authentic sound that seemed both retro and modern. After all, in their early days, their audience was the LA punk scene. They frequently played with X.

Over the years, their line-up has changed. Originally it was the Alvin brothers—Dave and Phil—with pals bassist John Bazz and drummer Bill Batement. Later Gene Taylor added boogie-woogie piano to their sound, and then Steve Berlin and Lee Allen came on board as the horn section.

It's been a decade since their last studio album, 2012's Fun on Saturday Night, but they have a deep catalog of hits such as "Marie Marie," "I'm Shakin'," "So Long Baby Goodbye," "Border Radio," and "Long White Cadillac."

These guys are pros, and this will be a show to remember.

And while we're on the topic of The Siren, the Morro Bay club also hosts two great party bands—The Mother Corn Shuckers and Surfeza—on Friday, Feb. 18 (8 p.m.; 21-and-older; free). The Shuckers call their sound "Beergrass," and Surfeza is a play on cerveza, so you know it's going to be a beer blast. 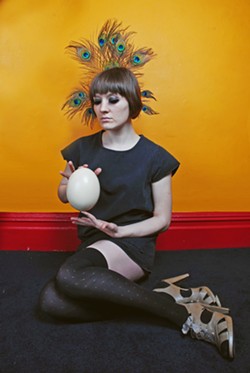 Over at SLO Brew Rock, indie rock, ethereal folk, and baroque pop artist Cate Le Bon plays on Sunday, Feb. 20 (7 p.m.; all ages; $25 plus fees at ticketweb.com). The guitarist and vocalist is touring in support of her newest, Pompeii, released last month.

She just dropped a video for one of the album's singles, "Remembering Me," and it's just as weird and arty as you'd expect. This is the artist, after all, who's bio explains her inspiration like this: "Songs built for now germinate from her interests in antiquity, philosophy, architecture, and divinity's modalities. They are both of the moment and instant but reactionary and Dada-esque in their insistence to be playful, satirical, and surreal. Written primarily on bass and composed entirely alone, Le Bon plays every instrument (except drums and sax) and recorded the album largely by herself with co-producer Samur Khouja in Cardiff, Wales."

Of Pompeii, Le Bon explains it was "written and recorded in a quagmire of unease. Solo. In a time warp. In a house I had a life in 15 years ago. I grappled with existence, resignation, and faith. I felt culpable for the mess, but it smacked hard of the collective guilt imposed by religion and original sin."

Also at SLO Brew Rock, enjoy an evening with Jerry's Middle Finger, a Jerry Garcia Band tribute, on Friday, Feb. 18 (7 p.m.; all ages; $25 plus fees presale at ticketweb.com; $30 plus fees on day of show).

"Humbly formed in 2015 by a group of professional musicians passionate about Jerry Garcia and the Grateful Dead, JMF started honing its one-of-a-kind sound at LA speakeasies and beachside dive bars," according to their bio. "Audiences of all ages instantly fell in love, and soon JMF was playing explosive shows up and down the West Coast, packing legendary venues like Sweetwater Music Hall, Terrapin Crossroads, and Pappy & Harriet's—dazzling new fans on the scene and pulling even the most discerning Jerry fanatics out of their seats for the first time in decades."

Fremont Theater hosts old-school punks, Circle Jerks, on Tuesday, Feb. 22 (8 p.m.; 18-and-older; $37.69 presale at seetickets.com). These guys are another real blast from the past for me. I think I wore out their debut album Group Sex ... or maybe I ruined it bouncing around in my teenage bedroom. It was a crazy record! It had 14 songs, but the longest was just a minute and a half, and the shortest was 26 seconds. The whole thing was a little more than 15 minutes long. 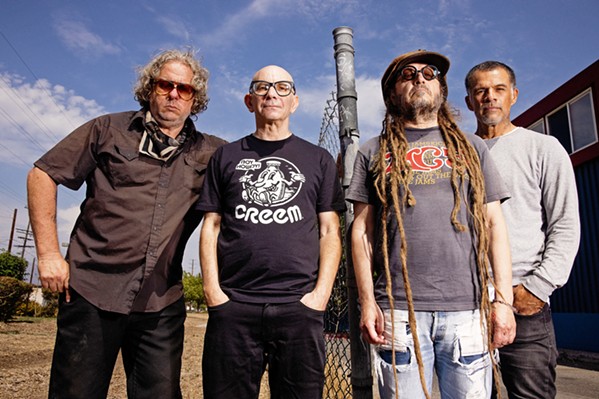 This stop at the Fremont is part of their first and only North American tour in more than 15 years. Like most bands that last this long, they've had some personnel changes over the years, but founding members vocalist Keith Morris and guitarist Greg Hetson (Bad Religion, Redd Kross) are still on board, joined in 1984 by bassist Zander Schloss (The Weirdos, Joe Strummer), and in 2019 by drummer Joey Castillo (The Bronx, QOTSA, Danzig, BL'AST!, Wasted Youth).

Just because they're older, don't expect them to have slowed down. They still play with an undeniable ferocity. And if you, like me, wore out your copy of Group Sex, there's a "Deluxe Reissue" featuring "packaging by Robert Fisher, designer of Nirvana's Nevermind, a bonus recording of a 1980 rehearsal, a 20-page booklet including unreleased photos and anecdotes from Tony Hawk, Mike Patton, Shepard Fairey, Ian MacKaye, Lars Frederiksen, and many others, in addition to a quality repackaging in a limited colored vinyl schema."

For the record, Circle Jerks claim this is their last tour.

Cal Poly Arts brings a cappella powerhouse Straight No Chaser on their Back in the High Life tour to Harold Miossi Hall of the Performing Arts Center on Thursday, Feb. 24 (7:30 p.m.; $39.50 to $69.50 at calpolyarts.org; high volume performance). 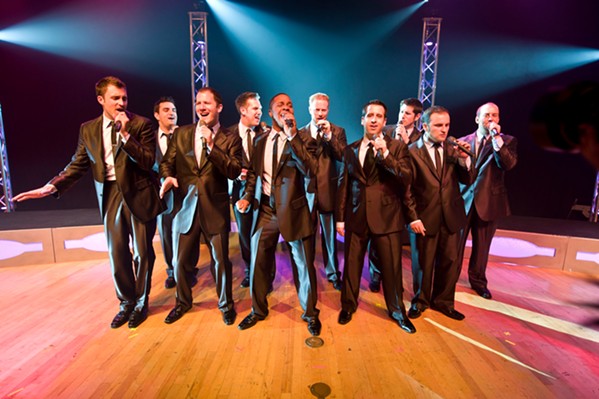 I don't know about you, but I think the human voice is the most expressive and beautiful instrument there is, and this all-male a cappella group is a wonder to behold. If you're thinking college nerds in blue blazers and khaki pants singing "Oh, My Darling Clementine," you're way off base. Check out their funny YouTube video of "Ruined Disney Songs."