A vacation beach house rental in Pismo Beach caught the stern eye of the California Coastal Commission for "after-the-fact" construction and additions to the property that the city authorized.

At its April 7 meeting, the Coastal Commission appealed the beach house's coastal development permit that the Pismo Beach Planning Commission approved in December 2021. After determining that "substantial issues" exist on site, the commission took over jurisdiction of the permit application. It will determine a date for a hearing soon.

"It concerns, questions, impacts and issues of the city-approved project as it relates to coastal hazards, ESHA [environmentally sensitive habitat area], and public views," said Dan Carl, the Central Coast district director of the Coastal Commission, at the meeting. 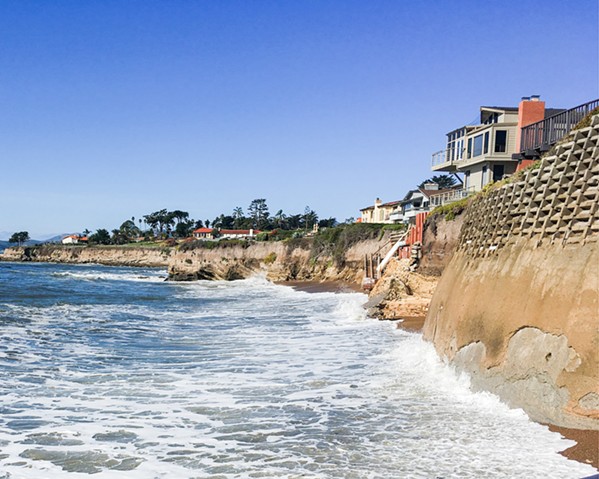 The beach house, in question, is located inland of Pismo State Beach between Addie Street and Pismo Creek. Owned by the Addie Street Lang Group, it was built in 1963 on piles, and the Coastal Commission's staff report details a slew of proposed additions.

"The city-approved project would authorize after-the-fact (ATF) a 195-square-foot bedroom addition and a 265-square-foot deck addition to an existing single-family residence/vacation rental that were previously constructed without a CDP [coastal development permit], as well as provide for construction of a new 490-square-foot raised driveway and parking deck to connect the residence to Addie Street and a new raised ramp to connect the parking deck to the front door," the report stated.

It claimed that Pismo Beach also approved expanding part of the beach house's street front with a new sidewalk, curb, and gutter, among other elements. But the coastal commission's main issues related to the construction project not being compliant with the local coastal program (LCP)—a basic planning tool that guides local governments on developments in the coastal zone.

The beach house project is allegedly situated within dunes and wetlands. The Coastal Commission believes Pismo Beach didn't adequately evaluate the project's impact on environmentally sensitive areas in accordance with the LCP. The commission's staff report also claimed that the beach house rests on a high flood area replete with shoreline hazards.

Finally, the commission also took offense at the project's location, which it believes would impact the public's view of the beach and its surroundings. The potential impacts of coastal development on the public is an issue that has come up in several Coastal Commission appeals of locally approved permits. One such case is that of a Pismo Beach seawall shared by neighbors John Okerblom and Tony and Marilee Hyman. Though Pismo Beach greenlit the permit to build the seawall, the commission appealed it and took over jurisdiction last December, citing issues like negatively impacting public access.

While the beach house was said to be prominently located in the "public viewshed," the Okerblom-Hyman seawall was seen as a threat to beach bluffs. Previous New Times reporting found that the Coastal Commission believed seawalls would prevent the natural erosion of bluffs, consequently blocking sediment to fall and create sand for beaches that the public could access. Δ