The California Coastal Commission's hold over properties in San Luis Obispo County's coastal zone is evident when it comes to places like Pirate's Cove and Ontario Ridge. 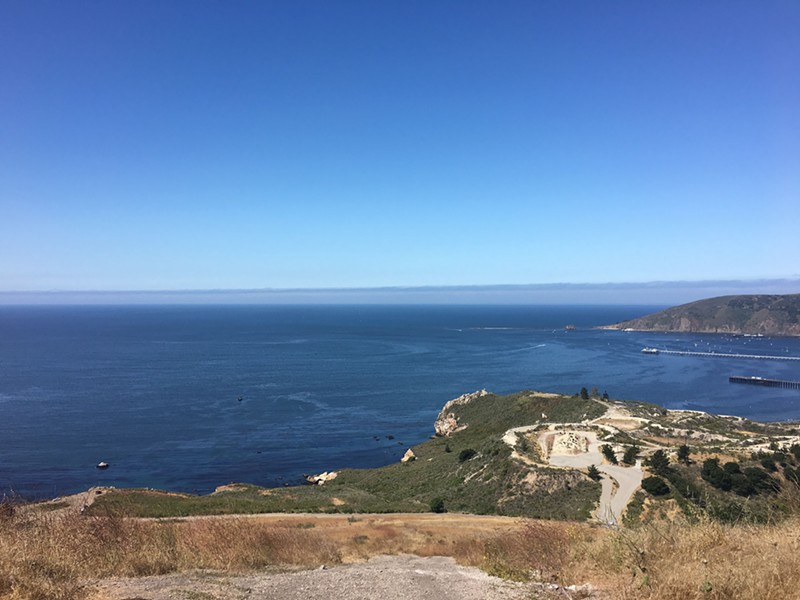 Both were discussed at the Sept. 19 Board of Supervisors meeting. Both had development permits that were approved by county governing bodies and later denied by the Coastal Commission on appeal.

"It can be frustrating, and it can be difficult to make decisions and have them denied," 3rd District Supervisor Adam Hill told New Times. At Pirate's Cove, he said, the result of that is, "the place is a mess."

He made a motion on Sept. 19 directing staff to work up a potential ordinance for Pirate's Cove that would add a gate to the Cave Landing parking area, which would be closed at night. The board unanimously supported the request and voted to agendize the matter for discussion on Oct. 3.

"I'm sure [the] Coastal [Commission] is going to tell us we can't do that," he told New Times.

Pirate's Cove has been a source of ongoing frustration for the county, as officials say their ability to address the issues that resurface year after year is limited due to a lack of funding and what the Coastal Commission will allow. Those key issues, according to SLO County Parks and Recreation Director Nick Franco, include criminal activity and trash.

On Sept. 12, the Board of Supervisors directed the parks department to come up with a plan to address the problems. The county's 2014 attempt at tackling them included plans to grade and pave the Cave Landing parking lot, close off the site at night, install picnic tables and restrooms, and improve the trails.

Coastal commissioners did grant the county approval for trail improvements. According to Franco, though, the commission's restrictions on the project made "implementation infeasible, so the funding that had been identified for the project went back to the funding agencies and was re-allocated to other projects."

The commission denied the majority of those plans due to what it saw as the county limiting or changing public access to the coast.

Public access is exactly the thing that has plagued Rob McCarthy's plans for the property he owns on Ontario Ridge, which contains an easement with the county for a portion of the Ontario Ridge Trail.

On Sept. 19, supervisors heard about his plan to move part of the ridge trail onto the neighboring property, a project that was approved by the Planning Commission earlier this year. McCarthy cited safety concerns and the ever-widening, eroding pathway as reasons to move the trail to a slope with less of a grade.

Local attorney and activist Tarren Collins appealed that approval, stating that more than 1,800 people have registered their support for keeping the trail where it is, climbing up a steep slope from Cave Landing straight up to the top of the ridge with sweeping views of the Pacific coastline.

"The public's not been clamoring for a new trail here," she said during the meeting. "Only the McCarthys have been advocating for moving our trail up and over the hill. ... The current easement is the best place to hike."

With 4th District Supervisor Lynn Compton recusing herself from the decision due to campaign contributions from the developer, the vote split 2-2—upholding the Planning Commission's decision, which will more than likely get appealed to the Coastal Commission.

Hill called McCarthy's plan "a way to try to game the process," when it comes to getting a house built on the property.

"I don't think that should be rewarded," Hill said during the meeting. "Let Coastal work with them on the house. That's not our deal."