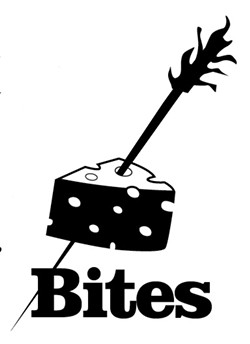 Yes, people milk sheep. But as far as I can tell, only one of those people—at least in this country—has decided to use that milk to make delicious, small-batch ice cream available on the retail market. That person is Alexis Negranti of Negranti Creamery in Paso Robles.

A SLO native and Cal Poly alumna with a degree in agricultural communications, Negranti came up with the idea of making sheep’s milk ice cream in December of 2010, and after teaching herself how to make it, the company officially launched less than a year later in the fall of 2011.

Looking to try something other than the more commonly used cow’s milk or goat’s milk, Negranti decided to source the milk for her ice cream from a flock of East Friesian sheep, a breed valued for its milk yield. From there, she and her employee Ali Simpson handcraft each batch of ice cream to order at their creamery facility, using fresh and wholesome ingredients, leaving out preservatives and colorings. Their chocolate flavor, for instance, is made with real cocoa powder, not processed syrup.

The fact that it’s made from sheep’s milk isn’t the only thing that’s different about Negranti’s ice cream; they also have several unique flavors, like blackberry vanilla rosemary, strawberry basil, raw honey, and salted brown sugar. Commenting on how she comes up with her flavors, Negranti said she uses “what’s in season, what’s available, and what sounds interesting to me.”

Negranti also has two flavors available exclusively in SLO County as a part of their holiday collection: the autumn-appropriate pumpkin and maple pecan. I was fortunate enough to sample a fresh batch of the pumpkin flavor, and it was like eating pumpkin pie in ice cream form. It was pumpkin pie’s cooler sibling, if you will. Take advantage of yet another perk of living in SLO County and bring a pint or two of it to your next fall gathering.

To find out where you can buy Negranti Creamery ice cream, please visit negrantidairy.com.