The San Luis Obispo City Council’s final meeting before its biennial “changing of the guard” certainly wasn’t lacking drama. For one last time, Mayor Jan Marx declared outgoing Councilmember John Ashbaugh “out of order” in a public meeting as the two bitterly locked horns over a controversial appointee to the city’s Architectural Review Commission (ARC).

The ARC, a seven-member body that establishes architectural guidelines and rules on the design of new construction projects, had a vacancy after member Patty Andreen, an attorney, resigned.

According to the Brown Act, only two councilmembers are permitted to be involved in making commission member recommendations. Those councilmembers were Ashbaugh and Dan Rivoire, who interviewed three replacement candidates for the ARC and recommended attorney Lydia Mourenza. 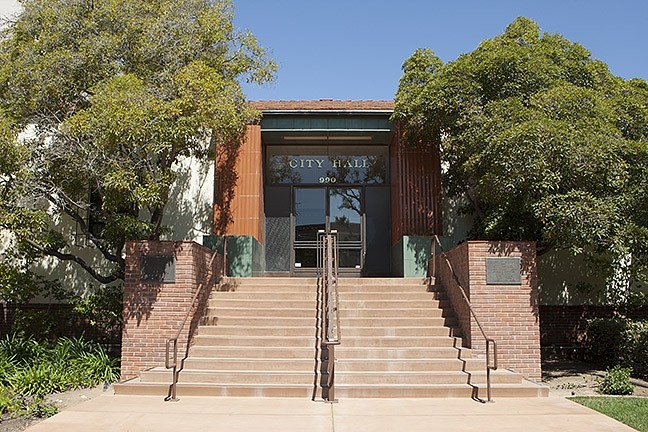 Mourenza, an outspoken critic of city policies and decisions in the past, was a controversial candidate in the eyes of a majority of the council.

“We have some history with Mourenza that’s of concern,” Rivoire explained at the meeting. “At the end of the day, I felt like not only does she understand the purview of the ARC, but could serve the values of the community.”

Marx and Councilmember Carlyn Christianson both disagreed with the recommendation, citing concerns with Mourenza’s level of expertise and communication style. Marx made a motion to deny the appointment and allow the new City Council to fill the vacancy—which set Ashbaugh off.

“I see no justification of [this decision],” Ashbaugh said.

After the 2-2 vote (with Councilmember Dan Carpenter absent) denying the appointment, Ashbaugh accused the council of playing favorites.

“It appears as though what’s being done right now is to railroad somebody who has been outspoken,” he said angrily, while Marx continued to declare him out of order.

“I would argue there’s nothing personal about this,” Rivoire said. “It’s more about the culture we’re trying to have in the community. That’s by all means within the purview of the council.”

The blowup signified an eruption of many months of tension and discord on the council. The next City Council meeting will swear in at least two new councilmembers—Andy Pease and Aaron Gomez—to replace Ashbaugh and Carpenter. As of press time, Marx had a 3 percent lead on challenger Heidi Harmon, but with 4,464 votes still to count, the race is too close to call.