Clerk-Recorder Tommy Gong certified the county's primary election results on June 22, which showed Compton with a 60-vote victory over Paulding. Fewer than 100 votes separated the two candidates throughout the prolonged ballot-counting period.

"A big thank you to the voters of the 4th District," Compton wrote in a Facebook post on June 22. "I look forward to representing them again for another term to accomplish our mutual goals." 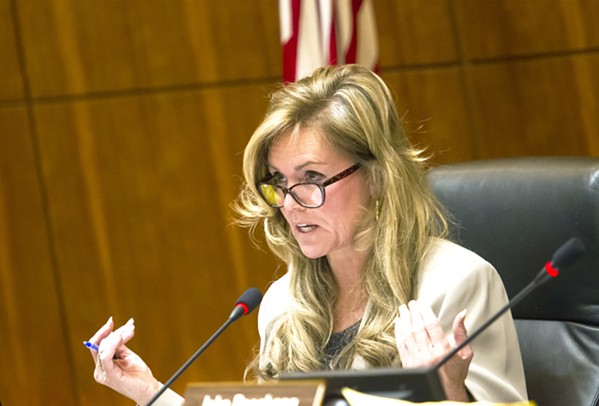 In the initial days after June 5, Paulding said he would consider requesting a recount if the final margin was close enough. But on June 22, Paulding conceded defeat.

"I wish Ms. Compton the best in her second term as county supervisor," Paulding said in a Facebook post of his own. "This campaign has been a tremendous experience. ... We are excited to continue working with everyone in this community to—little by little—make it better than it already is."

The race for a swing seat on the politically divided Board of Supervisors grew contentious early on, and it remained contentious even after Election Day. As the County Clerk's Office processed and counted the remaining mail-in ballots, Compton's attorneys sued Gong in an effort to invalidate a group of 35 ballots with non-matching signatures. A SLO County Superior Court judge sided with Gong in the case—but only eight of those ballots were resolved by voters in time to count, according to Gong.

Compton and Paulding's campaigns both drew substantial monetary and non-monetary donations that totaled to more than $850,000. Tallied up, Compton received $574,415 in total contributions (about half of which were loans to herself) and Paulding received $281,110.

Compton's re-election ensures that a three-member conservative majority will hold power on the Board of Supervisors for at least another two years. Incumbent 2nd District County Supervisor Bruce Gibson also won back his seat in this year's primary. Supervisors John Peschong (1st District), Debbie Arnold (5th District), and Adam Hill's (3rd District) seats will be up for election in 2020.