Concerts in the Plaza goes virtual

Let's see. It's June, not quite halfway through the year. We're in the midst of the coronavirus pandemic, murder hornets are supposedly en route, and now there's rioting in American cities including SLO Town. Or was ours a riot? Maybe it was a peaceful protest ginned up into a riot by the SLOPD firing tear gas at the crowd. Nothing stops a protest against police violence like some more police violence, right? So what's next? Will Godzilla emerge from Morro Rock? I don't know about you, but I could use a distraction. Look no further than Truth About Seafood (TAS) streaming live from Bill Gaines Audio (BGA) Studios. 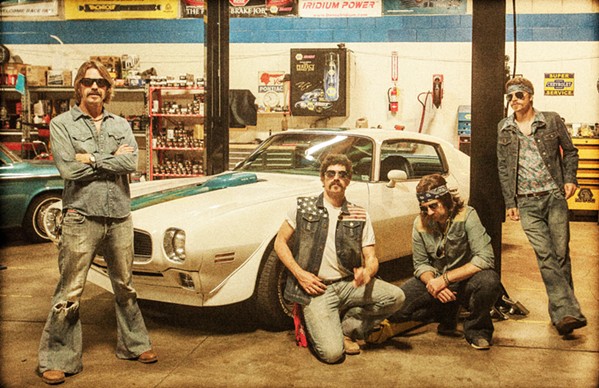 If the world wasn't losing its collective mind and probably coming to an end in the next few weeks, we would have been heading to Concerts in the Plaza in front of Mission San Luis Obispo de Tolosa to shake our moneymakers to the sweet rock 'n' roll sounds of TAS next Friday, June 12. Instead, the audio engineering company that does sound for the concert series will be livestreaming the show from BGA's headquarters from 5:30 to 7:30 p.m.

"We've built a full concert venue inside the warehouse of Bill Gaines Audio, complete with full sound, lights, and a chat board so the band can interact with the commenters," explained Paul Irving of SLO House Party and Big Big SLO, whose website, slohouseparty.com, will stream the show. "It's free to watch, and donations will be gladly accepted to support the band and production crew."

If you've never witnessed these Central Coast faves, the best introduction to the band is their YouTube video for their song "Extra High." Drop what you're doing and watch it now. Go ahead. I'll wait.

Awesome, right? Right? This wildly creative quartet loves '70s nostalgia, and they rock so hard! The band features Jeff Minnery (guitar and vocals), Brad Daane (bass and vocals), AJ Braman (lead guitar), and Wyatt Lund (drums). This probably won't be quite the same as a live concert in Mission Plaza, but it sure beats murder hornets.

Speaking of Wyatt Lund, he's also a member of The Frenz, which is Kenny Lee Lewis' side project. Lewis would normally be heading out on the road with the Steve Miller Band as Steve's longtime bassist, but thanks to the global pandemic, Miller's tour is postponed.

The Frenz will livestream a show this Saturday, June 6, at 7 p.m., streaming on Twitch, Facebook Live, and YouTube.

Lewis will also appear on 93.3FM KZOZ to join Jeff and Jeremy for their "5:01 Happy Hour Hang" with RE:FIND distillery on Friday, June 5, "to promote the stream and play a song or two over the Streamyard broadcast," Lewis added.

The Frenz include Lewis and Lund as well as Bobby Santa Cruz (bass and vocals) and Marty Townsend (guitar and vocals).

"Twenty-five percent of donations will be shared with Sweet Relief COVID-19 Fund benefiting out-of-work musicians and their families during this time of tour cancellations and performance venue closures," Lewis concluded. 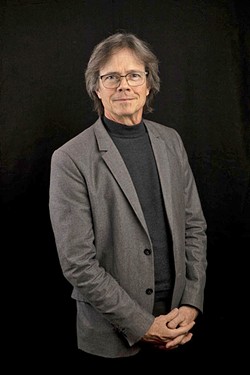 "This year the transmedia series picks up where last year's left off: in a combination of music, costume, dance, and video editing," according to press materials. "The story of heavy metal shredder Peter Estrella continues, with the focus on his mysterious disappearance and otherworldly reconciliation."

Noted Barata: "This production challenges our attachment to normalcy. The show embraces the unexpected and examines how both humans and non-humans connect from afar. Based on our current society, this show is incredibly timely as it forces us to grapple with reality and uphold the will to be creative during unusual times. Simultaneously the story seamlessly carries over themes showcased in its preceding installment, such as inspiration and darkness."

"I believe that the virtual setting, while it has its own unique challenges, also comes with its unique opportunities," said Teoh, an architectural engineering major. "By going virtual, we will be able to do things no traditional RSVP has been able to do—and perhaps will never be able to do again.

"For example, we can reach out further and wider through online viewing, no longer limited by theater space. Through video presentations we open ourselves to all the possibilities and tools video editing has to offer," he continued. "Overall I believe that this will be an amazing and memorable production, fitting of the 25th show."

Links to the YouTube videos will be posted to music.calpoly.edu/calendar/rsvp. Donations can be made to support future RSVP productions.

Time and technology are a terrific combination, as demonstrated by the debut single "Intro: Choice (Rejoice)," by The Ambergrove, which you can find on Spotify. 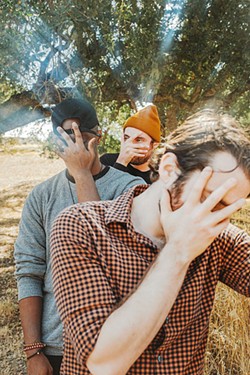 "The Ambergrove is not your stereotypical 'band,' but rather a collective of artists with eclectic musical backgrounds," member Anton Joseph Kellner emailed. "While rooted in San Luis Obispo, The Ambergrove is a global movement with members from all walks of life.

"In early 2019, we set out with one goal in mind—to tell the universal story of past, present, and future through art and music," Kellner continued. "Each song is carefully developed to showcase the diversity and artistry of each member. We believe that every individual's unique sound will bring their own history to light. For that reason, The Ambergrove isn't defined by a single genre; we are everything at once. If we had to title it, we would simply call it, 'art meets sound.'"

The group enters the studio with only a "song's skeleton in place," then the members "breathe their own life into it." Each performer is given a "designated amount of time in the studio," where they do as they wish to the track: "From the moment we hit record, the time is theirs alone."

The results are a multilayered, sonically lush, gorgeous, and soulful song. According to Kellner, who produced the debut, the song centers on "the false sense of security promised by the ideals of the 'American Dream.' The call and response between two vocalists, Grant Young and Mae Krell, leaves room for imagination as listeners reflect on their own crushed realities."

In case you missed it, I wanted to direct your attention to local singer-songwriter and Mesa/Bluemoon recording artist Dulcie Taylor's timely and beautiful Memorial Day message: 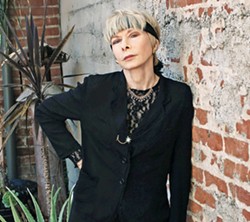 "I've been thinking of all the people down through our history who have served this country. My family's service began with Capt. Nathaniel Bradford in the Revolutionary War, on my Grandmother Dulcie's side. How in the world did people keep going in that war? What great good fortune we had that Gen. George Washington led that war and was our first president.

"And now we have our nurses, our doctors, our food workers, our EMTs, our policemen, our firefighters—and all the people on the front lines, risking their lives every day for the rest of us, and doing it with love and true dedication.

"This is a great country, it always has been, even in these times of division. I pray every day that our country—the world's oldest continuous democracy—will continue to flourish.

"Here's a short tribute to the people who have made and are making sacrifices for this beautiful experiment we call the United States of America. I hope everyone is staying safe as summer season begins. Remember how music lifts your spirits, which is so important to staying healthy and well."

Find her short message on YouTube at youtube.com/watch?v=jgQ7oynxNe4&feature=youtu.be. Δ