A change is looming over the arts. It will be subtle, like removing lead from paint, but the implications are huge for small-time artists. 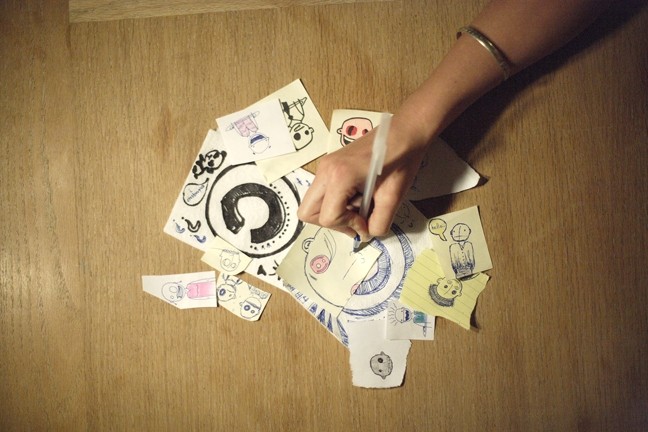 Right now, a pair of bills is being discussed in the U.S. Congress, either of which could change the way art—music, film, paintings, sketches, what have you—is bought, borrowed, and used. Corporations like Google, music producers, and filmmakers stand to benefit a great deal from greater access to lost works, but many individual artists worry that those profits could be at their expense.

The pieces of legislation are dubbed “orphan works” bills, introduced April 24 and backed by some heavy hitters in Washington—U.S. Senator Patrick Leahy, for example. On the surface, they look to help artists as well as corporations by freeing up for use those works of art whose creators or owners are dead or just really hard to find.

“It’s difficult to comprehend the full meaning of this new act,” said local artist Mark Freear. “But at first sight, it all seems suspiciously Orwellian.”

Freear is a painter whose work, a colorful blend of expressionism and realism, has been featured at I Madonnari and the SLO Criterion, among other events. He’s not alone with his anxiety. Among the YouTube video-posting community—YouTube is owned by Google—the fear is that works of art whose creators aren’t immediately locatable will be assumed orphaned, and then the works will be stolen. Several professional photographic organizations have also raised red flags.

That’s because under the proposed copyright amendments, artists would be expected to register all their art—to protect their work from becoming “orphaned.”

If an owner shows up after an orphaned work is used, the owner can sue for damages, as well as lawyer’s fees, and if there is a profit associated with the use of that orphan work, the owner can claim a share. That can become very expensive, and most corporations wouldn’t risk it. Current regulations basically value the artist/owner over the art; in turn it becomes too risky (financially) to use orphan works.

Proponents of these bills (actually called the Shawn Bently Orphan Works Act of 2008—before his death, Bentley was the VP of intellectual property and global public policy for Time Warner) worry that millions of valuable, even priceless works—old music recordings for example—are unavailable for a new audience.

So what could be wrong with this? People and corporations are free to make money off work that is essentially dead, and the general population is free to enjoy this work in its resurrected state. Great. But it gets a little more complicated.

“I don’t see any protection in it for the artist,” Freear said, “just exploitation, and a new source of revenue for the media industry.”

To protect artists and help potential users of this work—the bills refer to them as infringers— artists would be expected to register every napkin sketch and Venus De Milo, all new and old works, with a private company. These companies do not actually exist yet, but Congress is confident they will materialize. And when they do, the bills do not propose any regulations for these companies.

Does a work that’s not registered automatically become orphaned?

No. But work that is not registered is at greater risk of being exploited. Non-registered work—such as the millions of photos floating around on the Internet, or YouTube videos—becomes legal for use if the infringer, in good faith, gives diligent search for the artist, as determined by a judge.

It’s unclear if these non-existent companies would charge the artist to register, but the time commitment alone could be overwhelming for independent artists.

“If I had to copyright everything I did, to protect myself,” Freear said, “I would be losing valuable time I could be spending on creating. And in defense of the poor artist who will become even poorer with paying to register with Big Brother I think it’s best left as it was. If it’s not broken then…”

Kylie Mendonca can be reached at kmendonca@newtimesslo.com