It took some eleventh-hour negotiating from San Luis Obispo County to convince the cities of Paso Robles and Atascadero to rejoin its $13.2 million regional animal shelter project in 2018.

Sticker-shocked, the cities nearly went their separate ways for animal services—before SLO County promised a $1 million discount on the project and a more prominent seat at the planning table.

But those promises may be moot now. Design and construction bids for the 15,000-square-foot shelter recently came back at $20 million, a more than 50 percent spike over initial estimates. 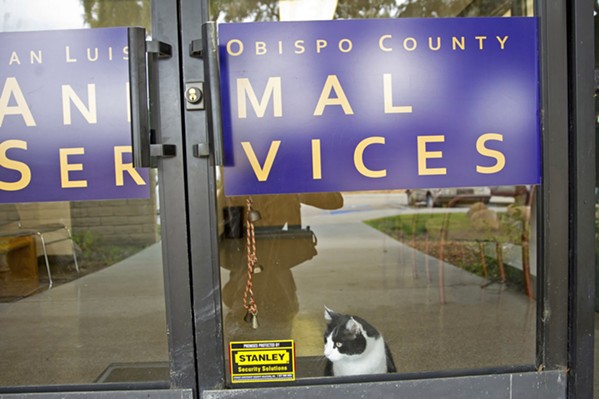 "Obviously, it doesn't make anybody happy," said Steve Martin, the mayor of Paso Robles, which agreed to pay its share of the cost increase at a Nov. 5 City Council meeting. "In my opinion, it's no longer cost efficient to look for another alternative."

With two bidders to choose from, SLO County picked Lodi-based firm F&H Construction for the project. Now, it's asking each participating local city to approve an amendment to their financing agreement that raises the cities' annual payments by about 50 percent.

The unexpected cost increase is being blamed on "a high demand for design and construction of capital projects" throughout California; a labor shortage; and tariffs on building materials, according to staff reports from Paso Robles and the city of SLO.

Paso's staff report also mentions a "discovery" by the county that the proposed shelter site—near the current shelter on Oklahoma Road off Highway 1—has the same soil stability issues that plague the existing shelter. It was built in 1975 atop a landfill used by the Army in the '40s.

County administrators did not return a request for comment before press time.

Of the seven city partners on the project, Paso and Atascadero have the highest annual cost—$139,097 and $115,186, respectively—due to their high demand for animal services. Δ