Cougars and Mustangs ... two species of animal mascots, but actually four mascots in total. See, both Cuesta and Cal Poly each sport two incarnations of what happens when they perform a patronus charm. Three of these are merely costumed characters.

For Cuesta, Cougie the Cougar’s first original costume, though classic and known to play the saxophone, bore rather realistic and vicious looking fangs that accidentally frightened a few too many kids. A softer, sweeter design was ordered in recent memory to combat this, making our second. 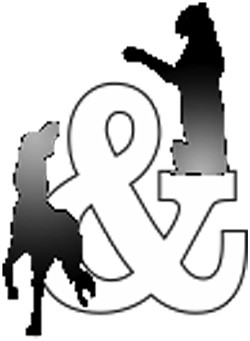 While there’s no particular news about Musty the Mustang, the costumed Cal Poly mascot, Chase the Mustang, a real, live horse used for special events who was donated to the school a couple of years ago, has news: The name is Chase! Yes, the live mustang mascot has received a name, to be passed down the live mascot line, after the wrap-up of a name submission contest. And the name itself bears quite a bit of meaning.

Though only serving as Cal Poly president for one year, and as an interim between her predecessor and successor at that, Margaret Chase, the university’s second president, and so far first and only female president, left a pretty big mark. She had been the vice president under Nicholas Riccardi (she also was head of the Academic Department), and her time seated at the SLOval Office was filled with fiscal austerity and intense scrutiny. You see, she was extremely important in acquiring the college its own accreditation.

For those at Cuesta who remember how extremely nerve-wracking the accreditation process recently undertaken was, it can be understood how, among other things, Chase’s profound optimism helped student and faculty alike weather that great storm. When her interim position was over, she moved back to her positions as A.D. head and overall vice president, and the college shone brighter as a result. In one of those wonderful coincidences, her last name can also be seen (and president Armstrong, along with many others, are aware of and pleased by this) as a reference to Cal Poly’s goal of helping students chase their goals and dreams ... and eventually emerge victorious.

A lot more meaning than just “horses run and you chase things on them,” right? Of course, the jury is still out on the profound meanings of “Cougie” and “Musty,” but you will be the first to know when that symbolism is finally grasped, I assure you.

Intern Chris White-Sanborn is the mascot for an obscure cereal brand. Send box tops to redeem stuff at cougarsandmustangs@newtimesslo.com.