A group of South County parents has the green light to move forward with its efforts to recall several Lucia Mar Unified School District board of education members who they say failed to advocate for students amid the pandemic.

On May 28, the San Luis Obispo County Clerk-Recorder's office gave Central Coast Families for Education Reform the go-ahead to begin circulating petitions calling for elections to recall Lucia Mar board members Colleen Martin, Dee Santos, and Donald Stewart. The group, which initially formed through Facebook with the aim of getting youth sports back up and running, is now registered with the Secretary of State as an active recall committee. 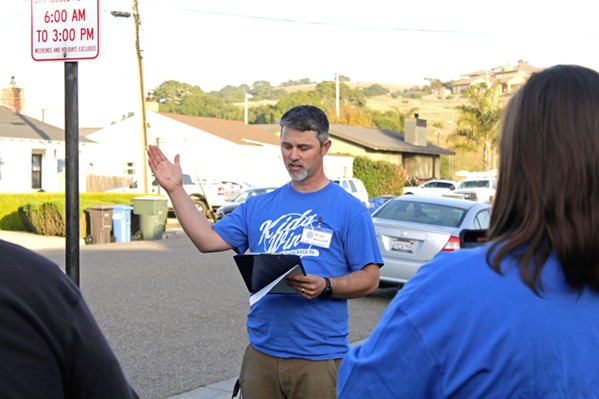 Members have 160 days to collect 8,302 signatures in support of recalling each of the three board members in question, amounting to around 15 percent of the voters who reside within Lucia Mar's boundaries. Petitioning has already started, according to Christin Brittingham, a Lucia Mar parent of four and director of communications for the group.

"There's a lot of people really coming out of the woodwork with passion," Brittingham said.

The group is currently working to train volunteers who plan to help canvass South County using almost every method possible, Brittingham said, including door knocking, booths outside of grocery stores, and rallies. The first drive-through signing event is scheduled for June 6 at 3 Fat Guys in Grover Beach, where anyone interested can drive up to the parking lot, order food, and sign a petition.

While she's hopeful the group will gather enough signatures to launch a recall election, Brittingham said she hopes all the noise will at least put the board of education in the spotlight.

Central Coast Families for Education Reform first announced plans to petition for a recall election at a rally on May 4, where Vice President Michael Mulder said board members Martin, Santos, and Stewart demonstrated that they "do not support the best interests of our students," by voting against school resource officers in schools, blaming parents for low student achievement throughout distance learning, and allegedly violating the Brown Act by not allowing in-person or live public comment between March and September 2020.

Lucia Mar board members Martin, Santos, and Stewart wrote in a joint statement on May 5 that the pandemic was a challenging time for everyone, and that "student success and the health and safety of our students and staff have guided every decision made unanimously by the seven members of the elected board of education."

The Lucia Mar Unified Teachers Association released a statement in support of the board members and their leadership amid the pandemic shortly after, calling the recall effort a "witch hunt" that would only succeed in wasting taxpayer dollars.

SLO County Clerk-Recorder Tommy Gong estimates that, if the petitions are successful, a recall election would cost the Lucia Mar Unified School district around $350,000. Δ