Country and pop star LeAnn Rimes plays a holiday show at the SLOPAC on Dec. 18

Titled "You and Me and Christmas," Rimes' show will feature holiday classics, soulful favorites, and some of her greatest hits.

"I love everything about the holidays and want to share the magic and joy of the season with my fans," Rimes said in press materials. "I look forward to playing some of my favorite Christmas classics for music lovers in a concert that will feel intimate and cozy."

Rimes, now 36, burst onto the country music scene as a 13-year-old with a cover of the Bill Mack song "Blue," making her the youngest country star since a 13-year-old Tanya Tucker struck gold in 1972 with "Delta Dawn," co-written (with Alex Harvey) by rockabilly star and Pismo Beach resident Larry Collins.

The former child prodigy was performing in Texas talent shows by age 5; did musical theater in Dallas in productions such as A Christmas Carol; got very close to landing the lead in Annie on Broadway; did the TV show Star Search, becoming a weekly champion; and sang a cappella versions of "The Star Spangled Banner" at Dallas Cowboys football games. She was a seasoned performer by age 9!

Rimes made the crossover from country to pop music in the late-'90s, and has since become an international superstar. She's also become an actor, appearing in films such as Anger Management (2013), Good Intentions (2010), and Coyote Ugly (2000). Last month she starred in the TV movie, It's Christmas, Eve.

Special guest Barry Zito, the major league pitcher-turned-singer-songwriter, will open the show. If this show doesn't get you into the holiday spirit, your heart must be two sizes too small.

The intimate concert features Windham Hill founder and Grammy-winning guitarist Will Ackerman, who'll be joined by Grammy Award-nominated fiddler, pianist, and singer-songwriter Barbara Higbie, as well as Grammy-nominated guitarist and composer Alex de Grassi. Together they'll perform selections from their Winter Solstice composite releases and solo multiplatinum-selling recordings, with support from guitarist Todd Boston. These beloved Windham Hill recordings have withstood the test of time and are holiday classics!

If the spirit overtakes you during holiday concerts and you find yourself desperate to join in, the 11th Annual Rotary Christmas and Holiday Sing-Along at Arroyo Grande's Clark Center is the show for you this Sunday, Dec. 16 (4 p.m.; all ages; $12 for adults and $6 for children and students at (805) 489-9444 or clarkcenter.org).

The event features community groups onstage, audience participation, a visit by Santa Claus, and holiday sweets and beverages in the lobby after the show!

Titled A Swingin' Christmas under musical direction by Tricia Stewart, returning performers will include the Estero Brass, the Lucia Mar Youth Choir, and the Grande Ringers from the Arroyo Grande United Methodist Church. New to the show this year will be the New Life Carolers, the Cross Traffic a Cappella Singers, and spirited local swing dancers, according to organizers.

Pianist Dennis Eiler and vibraphonist Brad Lusk will entertain attendees as they arrive. Audience sing-along songs include "Deck the Halls," "Jingle Bells," "Hark! The Herald Angels Sing," "God Rest Ye Merry, Gentlemen," "Joy to the World," and "It's Beginning to Look a lot Like Christmas," with projected lyrics so you can join in.

Kerry Irish Productions presents An Irish Christmas at the Clark Center on Saturday, Dec. 15 (2 p.m. and 7 p.m.; all ages; $36 to $48 at (805) 489-9444). Starring Riverdance principal dancer Caterina Coyne, the show will take audience members on a journey through Christmas in Ireland "with superb dancing, singing, and Irish traditional music celebrating the international spirit of the holiday season," according to press materials.

World champion dancer Tyler Schwartz and Connor Reider (principal dancer with Celtic Fyre and The Chieftains), as well as members of The Kerry Dance Troupe, The Kerry Voice Squad, and The Kerry Traditional Orchestra, join forces to create a memorable night the whole family will enjoy.

All that (Christmas) jazz 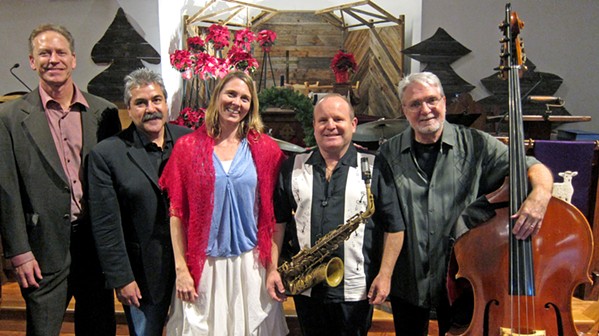 These are stellar musicians, with George Garcia on piano, Gary Drysdale on guitar, Ken Hustad on bass, and Darrell Voss on drums. Inga Swearingen, who won the Montreux Jazz Festival Shure Vocal Competition and made several appearances on A Prairie Home Companion, has a breathtaking voice!

"Come one, come all, and if you love to sing, bring your vocal score, or borrow one of ours for the evening," organizers said. "If you don't want to join in singing, let the beautiful sounds of Handel's music surround you in beautiful Harold Miossi Hall. Music Director Thomas Davies promises an evening of grand celebration!"

LA's remarkable Westwood Brass will add to the festive spirit, along with Paul Woodring on the grand Forbes Pipe Organ.

Numbskull and Good Medicine Presents brings excellent party band The California Honeydrops to The Siren on Tuesday, Dec. 18 (7 p.m.; 21-and-older; $25 presale at Boo Boo's and ticketfly.com or $30 at the door). Celebrating their 10th year of making amazing R&B together, the band is touring in support of their seventh studio album and first ever double album, Call It Home: Vol. 1 & 2.

"The whole point is to erase the boundaries between the crowd and us," vocalist and multi-instrumentalist Lech Wierzynski said in press materials. "We don't make set lists. We want requests. We want crowd involvement, to make people become a part of the whole thing by dancing along, singing, picking the songs and generally coming out of their shells."

Also this week at The Siren, check out Southern rockers Saving Abel with hard rock openers Black Oxygen and Rusted Stone on Saturday, Dec. 15 (7 p.m.; 21-and-older; $15 presale at Boo Boo's and ticketfly.com or $18 at the door). 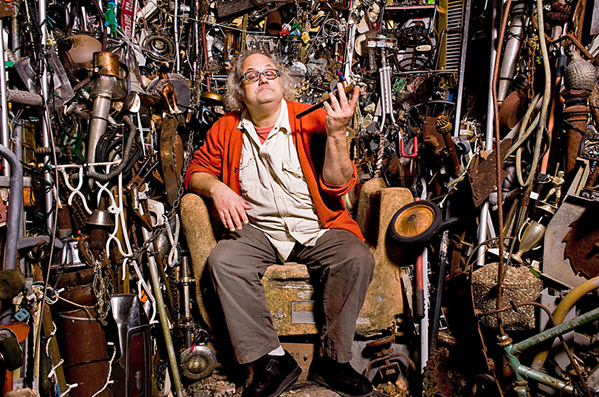 "We'll be performing improvised and otherwise music," Gibson explained. "I guess I should also mention that in addition to making music for the last 45 years, Eugene published his dream diary/autobiography a few years back. It's called Dreamory and is nearly 1,200 pages long!" 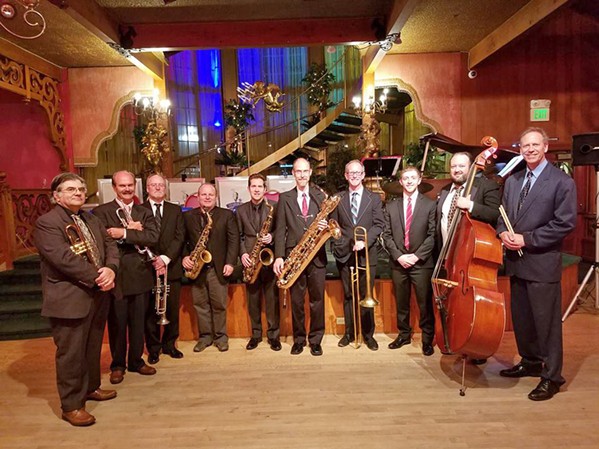 The Painted Sky Concert Series presents an evening of stellar Celtic guitar and violin with Tony McManus and Julia Toaspern this Sunday, Dec. 16 (8 p.m.; all ages; $20 at Boo Boo's, Ball & Skein, or by calling (805) 927-8330). Scottish-born McManus is one of the biggest names in Celtic music, and Toaspern is a talented musician from Berlin trained in violin and voice.

Ricky Montijo will perform as a duo on Tuesday, Dec. 18, at the Frog and Peach (10 p.m. to midnight; 21-and-older; free), playing his mix of soul, rock, Latin, and reggae, with live looping technology. He'll return to the Frog on Sunday, Dec. 23, with his full band—same bat time, same bat station. Δ