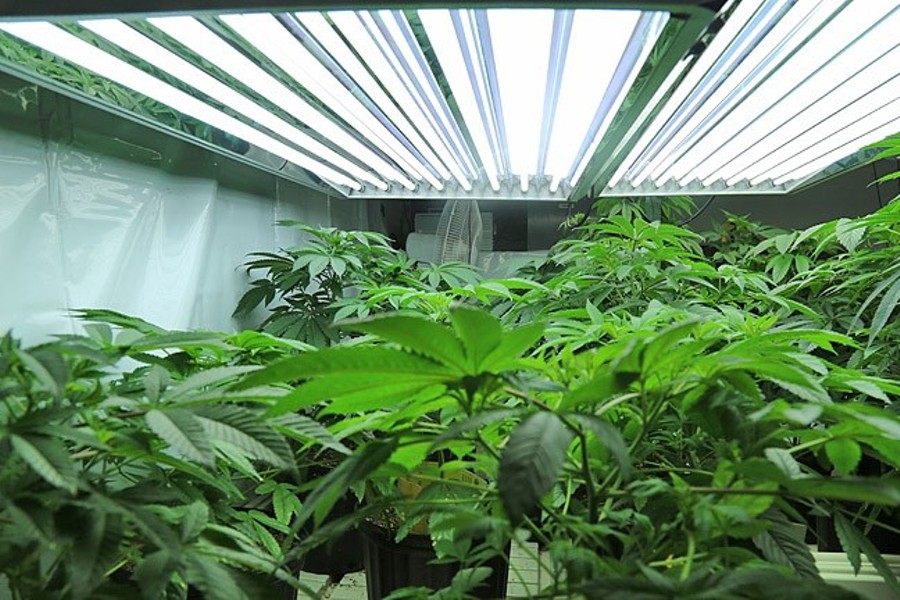 The decision, which was kicked up to the Planning Commission by a county hearing officer on Aug. 7 due to its proximity to the school, came on a 3-1 vote.

Commissioners in the majority felt that there were sufficient physical barriers between the 1,900-square-foot greenhouse and the school to grant an exception to its 1,000-foot distance standard. The grow is 860 feet from the school.

"Here we have a highway [Highway 227], we have a very large grade separation, we have a railroad next to it—I just don't see where we're being anything but formalist in terms of the distance," 2nd District Commissioner Mike Multari said at the meeting.

It was the first time that SLO County has allowed a modification to its school setback standard. For 1st District Commissioner Jay Brown, who voted against the project, that was a precedent he didn't feel comfortable setting.

"I'm afraid that we've taken the first step toward minimizing the sensitive receptor distance, and it's a precedent that I think would be used by the next person," Brown said. "I don't want to see any erosion of our distance standard. ... To me, this is a big red line in the sand, and always has been."

Edna Valley residents who called in to the meeting on Sept. 10 agreed, testifying that they have smelled foul odors coming from the grow since it started up years ago.

But project agent Tony Keith argued that none of those residents filed formal complaints with the county, and there was no proof that the odors came from that particular grow.

"It is a fact that other locations in the nearby area have had illegal grows and deciding that this is the grow that odor originated from is an assertion without fact and basis," Keith said.

Third District Commissioner Dawn Ortiz-Legg, who voted for it, said she felt comfortable with the project and its conditions, which included having odor and security plans. She also said that its approval does not force the county to give any setback exceptions in the future.

"We don't blanket-approve any of this stuff," she said. Δ