With a unanimous vote in closed session on July 17, the San Luis Obispo County Board of Supervisors put an end to a 16-month vacancy at the helm of the Planning and Building Department, appointing Administrative Division Manager Trevor Keith to the director position. 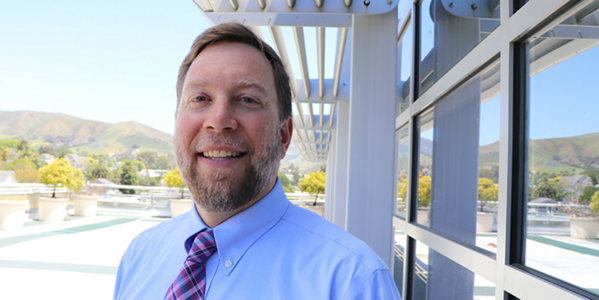 "Even with the diversity of opinion on the board, Trevor has earned the confidence of all five of us," 1st District Supervisor and board Chairman John Peschong said in a July 17 press release. "Trevor's professionalism, depth of experience, and knowledge of this community made him the obvious choice."

A Cal Poly grad, Keith's career at the county started in the planning department in 2007, where he climbed the ranks to deputy director in 2015. In 2016, he moved to the Administrative Office to serve as division manager.

Keith told New Times it was important to him to secure the board's unanimous support during what he called "a critical time in our county's history."

"It gave me confidence that the board supports me right out of the gate, which, to me, was critical," Keith said. "For my career path, this is definitely the direction I was headed, so I'm happy I'm making this transition."

After the board finalizes his $181,000 contract at an Aug. 7 meeting, Keith will replace Interim Planning Director Marvin Rose, who held the job for more than a year while working just three days per week. In that time, the department weathered challenges that included developing a contentious cannabis land-use ordinance, leading enforcement against illegal cannabis grows in the California Valley, grappling with seesawing politics on housing policies like the inclusionary housing ordinance, and having several employees leave, according to county sources.

Keith acknowledged it's been a tough go for the department of late and said he's looking forward to turning the page.

"It's been a long haul for a lot of folks," he said. "The issue in any department is when you don't have consistent leadership—as far as somebody who really helps set the direction working with the board, the constituents, and the department. ... The benefit of having worked in the department for a number of years is that I think I have a good [finger on the] pulse of the department."

"I see that as a tremendous opportunity for our county to relook at the landscape out there, as one of the pristine coastlines in California [that's] still pretty untouched," Keith said. Δ