In response, on Aug. 21, the SLO County Board of Supervisors voted unanimously to study new county revenue measures that could fill the gap. 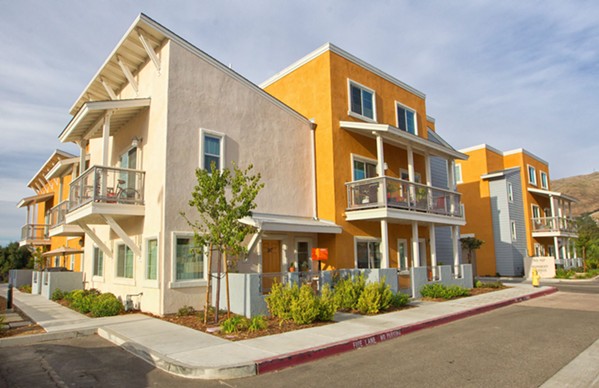 As a result of the board's vote, county officials will now evaluate the feasibility and revenue potential of several funding options, including a general obligation bond or special purpose bond for affordable housing, a 1 percent increase to the Transient Occupancy Tax (paid for by visitors staying in hotels or vacation rentals), a fee or tax on vacation rentals or second homes, a quarter-percent sales tax increase, and an allocation of newly established cannabis taxes.

With a funding injection from the county, local affordable housing builders, like People's Self-Help Housing or a housing authority, could receive additional state and federal funds that would ultimately make more affordable housing projects feasible.

Affordable housing, defined as housing accessible to households earning less than the area's median income, is currently being built at rate of 12 units per year in SLO County. That is below what the state has determined is needed, and the county's financial contributions to the effort have fallen woefully short, advocates said on Aug. 21.

"I think everybody believes we have a problem," Peschong said. "As a board, it's imperative that we get this moving as quick as possible so we can get some resolution on the directions we want to go."

The supervisors were less united on the inclusionary housing ordinance, which is the only current local source of funding for affordable housing. Supervisors Lynn Compton (4th District) and Debbie Arnold (5th District) have consistently opposed the policy, labeling it as a tax on market-rate housing.

"[It is] an added burden to a different group of folks trying to enter into the housing market," Arnold said. Δ