There is nothing outwardly abnormal about Bill Worrell's retirement letter dated Aug. 7, Worrell, who has served as the manager of the SLO County Integrated Waste Management Authority (IWMA) since 1995, wrote that his decision was primarily motivated by the desire to spend more time with his family and address health issues.

"Last month I turned 65 and had always considered that as an age at which I would retire," he said. "It has been a pleasure working with each of you." 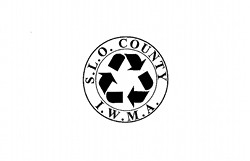 Worrell wrote that he would officially retire as of Sept. 11, but he won't likely set foot back in his office between now and then. Just one day after he submitted the letter, the IWMA board unanimously voted to place him on paid administrative leave until his retirement. In addition, board Chairman and Grover Beach City Councilmember Jeff Lee said the board also voted to hire a forensic auditing firm to examine the agency.

"The intent is to look at the organization to see if improvements can be made from accounting and policy standpoints," Lee told New Times.

When asked why the board voted to place Worrell on leave until his retirement date, Lee said he couldn't discuss personnel matters. However, the vote comes after a report by a private investigator raised allegations that Worrell was misusing agency funds, which sparked an investigation by the SLO County District Attorney's Office.

Carl Knudsen, a former IRS auditor who previously investigated allegations of financial malfeasance at the South SLO County Sanitation District, authored the report that led to the DA's investigation. In the report, Knudsen said that there was a "lack of documentation" for $445,077 in expenses on the IWMA credit card issued to Worrell. Knudsen added that he found several transactions on the card that "appeared to be personal in nature." In addition, Knudsen raised concerns about large contracts granted to waste companies under Worrell's tenure without going through a competitive bidding process, among other allegations.

In a July 6 letter to Deputy District Attorney Michael Frye, Worrell said he provided the DA's Office with a number of documents, including credit card statements, receipts, and other documentation. Worrell declined to speak with New Times for this story.

A portion of Knudsen's report also focused on the relationship between Worrell and Charles Tenborg, a waste-management businessman from Arroyo Grande. Both men were the subject of a 2012 article by CalCoastNews reporters Karen Velie and Daniel Blackburn. Tenborg sued CalCoastNews for libel, resulting in a $1.1 million judgment against the blog and its reporters. CalCoastNews appealed the judgment, and has stood by the story, claiming that during the trial it was not allowed to introduce witnesses and evidence that proved the story was true.

After the verdict, a website called "CalCoastNews Defense Fund" appeared online, seeking donations to help with the appeal. The website also mentioned Knudsen's IWMA investigation. In a January 2018 deposition, Velie said that she didn't have access to the money raised by the defense fund, but indicated that some of the money may have been used to pay for "private investigators." Knudsen's report does not reference the defense fund, but was completed for an organization called "The Citizen's Group of San Luis Obispo." CalCoastNew's appeal remains ongoing in state court.

When asked if he felt the information in Knudsen's report was credible, IWMA board Chairman Lee said that he'd not read every page but there was information in the report that the board "needed to take a look at." He also said the IWMA would fully cooperate with the DA's investigation.

"We take these allegations very seriously," he said. "When the information came forward, we took action."

Lee said the IWMA's executive committee would meet in the near future to discuss appointing an interim manager to fill in for Worrell until a permanent replacement can be hired. Δ