Cracking down on fracking

Rancher Steve Lyons couldn’t help thinking something was strange, as he drove past the active oil wells on his sprawling ranch and vineyard near Los Alamos in northern Santa Barbara County—where Venoco pumps crude from the company’s underlying mineral rights. 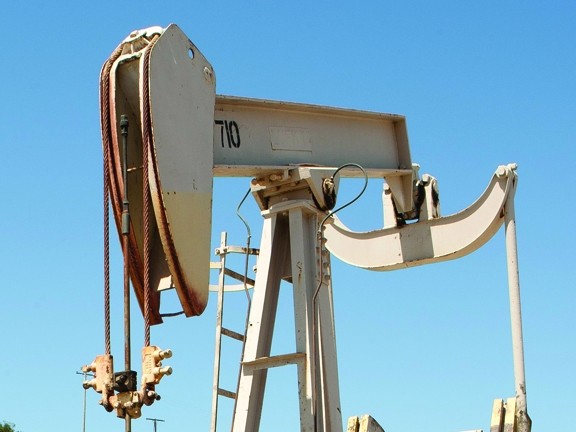 Lyons had inadvertently discovered the first “fracking” in the county. Also known as hydraulic fracturing, it’s a controversial technique designed to access more oil and gas—and lately, it has oil and gas producers salivating and environmentalists all over the country worrying.

The oil company drilling under Lyon’s Kick-On Ranch and Vineyard wasn’t required to obtain a permit or notify anyone before it began high-pressure pumping a mix of water, sand, and a cocktail of “trade secret” chemicals deep down into the earth. Not Lyons, not the county, not the state, not even the federal overseers of oil and gas drilling.

Now state regulators have started the long process of changing the rules for oil and gas producers on the Central Coast and throughout California. New disclosure regulations are now being formulated, and are expected to bring any proposed hydraulic fracturing more into the light.

The possibility of unannounced fracking in SLO County has been a major concern for local residents opposed to Excelaron’s proposal to drill for oil in the bucolic Huasna Valley. County supervisors unanimously rejected the company’s plans on Aug. 21, and so far no fracking has been reported in SLO County.

For Los Alamos rancher Lyons, his main concern is the safety of the family’s drinking-water well, which is adjacent to the drilling rigs. He’s worried the chemicals pumped down into the oil wells for fracking could end up in their household tap water and affect his family’s health.

Historically, hydraulic fracturing has been utilized in other parts of California to stimulate the underground flow of oil for 30 years with no reported drinking-water contamination, according to oil companies and the state Conservation Department’s Division of Gas, Oil, and Geothermal Resources (DOGGR).

But now the Central Coast is just one California region facing what’s been called “a radically different” type of fracking, designed to free up oil and gas in a massive, untapped underground oil field—the largest oil field in the nation, estimated at 1,750 square miles—known as Monterey shale, which underlies SLO County.

Unlike fracking in other areas of the country, which is designed to release natural gas through deep, horizontal wells in shale formations, fracking the shallower Monterey shale would be aimed mostly at releasing crude oil. The practice creates cracks in oil-bearing rocks by the injection, under high pressure, of a mixture of mostly water, plus sand (to hold cracks open), and an undisclosed mixture of chemicals considered a “trade secret.” Oil can then flow through the fractured rock into the well, where it is pumped out along with the fracking wastewater.

Tapping California’s vast, oil-bearing Monterey shale has the potential to be the next liquid-gold rush, according to industry reports.

But as residents of other states complain of fracking’s impacts—including creating tap water that easily catches fire, as seen in a popular documentary film—concern is also growing in California.

“This technique could happen in California. We want to make sure we have robust regulations,” said Tim Cusick, state oil and gas supervisor for DOGGR, at a public workshop in Santa Maria last month.

“We’re here to get your input. We want to make sure we capture the concerns of the public [in developing the new regulations],” Cusick said.

According to Jason Marshall, chief deputy director for DOGGR, current regulations in California do not require oil producers to get a permit or provide notification when they plan to use hydraulic fracturing.

“We are going to get a better handle on that. We will know where fracking is going on. There are people all over the state who are very concerned about this process,” Marshall told the standing-room-only crowd at the workshop.

Many people are concerned that fracking fluids contain chemicals that could harm human health and the environment, especially if they enter drinking water supplies, according to an April 2011 report of the U.S. House of Representatives Committee on Energy and Commerce, titled Chemicals Used in Hydraulic Fracturing.

“The opposition of many oil and gas companies to public disclosure of the chemicals they use has compounded this concern,” the report states.

The congressional study found that U.S. oil and gas companies injected more than 2,500 hydraulic fracturing products containing 750 chemicals during a five-year period ending in 2009. Some were “common and harmless,” such as salt and citric acid; some were “unexpected,” such as instant coffee and walnut hulls; and some were “extremely toxic,” such as benzene, lead, and 29 known carcinogens.

More than 275 unidentified fracking chemicals were considered a “trade secret.” In addition, chemicals in fracking fluids are not covered by the federal Safe Drinking Water Act, after Congress passed what’s known as “the Halliburton loophole” in 2005, the report states.

California’s DOGGR has urged the state’s oil and gas producers to voluntarily reveal their fracking chemicals on a disclosure registry website, fracfocus.org, managed by the Interstate Oil and Compact Commission and the Ground Water Protection Council.

“As public policy evolves, our need to have basic information on the in-state practices is clear,” the department’s letter to producers states.

A spokesperson for the Western States Petroleum Institute told workshop attendees that all of the institute’s members have agreed to file on the FracFocus website.

Los Alamos rancher Chris Wrather warned that if fracking did damage the water supply, “it would be catastrophic.” He questioned DOGGR’s “dual mandate’ to both regulate and promote the oil and gas industry.

“Am I supposed to be happy that you’ll tell me what I’m being poisoned with?” he asked.

Other speakers said hydraulic fracturing could create earthquakes, and questioned whether any damage would be covered by insurance. Even natural earthquakes could break well casings and allow fracking chemicals to contaminate groundwater, some warned.

The unannounced fracking on Lyons’ ranch, including toxic chemical storage onsite, provoked the Santa Barbara County Board of Supervisors into approving a new requirement last December that an oil production plan must be approved by the planning commission before any fracking can take place in the county’s unincorporated area.

Some organizations and municipalities are seeking a moratorium on fracking, either until DOGGR rules are in place or until the practice can be proven safe. Food and Water Watch’s California campaigns director Adam Scow told New Times his group “expects DOGGR’s proposed regulations to be inadequate to protect the public health and environment,” citing the agency’s “cozy relationship” with the oil and gas industry.

For Lyons, it all comes down to his family’s health: “How would you feel if your family was drinking water from a well adjacent to fracking? We are.”