The world's oldest profession has largely moved from the street corner to the Internet server, and local police have followed the cyber tracks closely. Several San Luis Obispo County law enforcement agencies have recently begun using the popular Internet classified service, Craigslist, to help to help set up prostitution stings on the Central Coast--and there may be more to come.

It seems that in the world of computer-ordered prostitution, everyone--hookers, cops, solicitors, and even journalists--uses someone.

Late November was a bad time for prostitutes in SLO County. Usually, the holidays bring in big business, but not this past Thanksgiving. 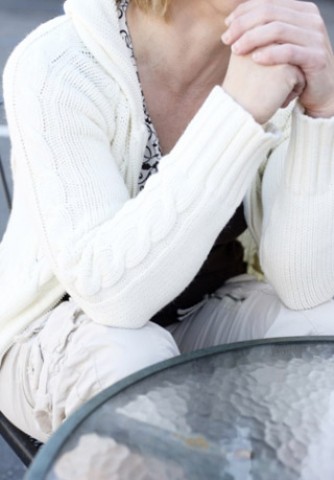 # "None of the men were calling me because they were afraid of being set up," said "Roxanne," a 40-something SLO-based prostitute who asked that her real name not be used. She said she was forced to temporarily relocate to Santa Barbara because her sex-for-money business was feeling the harsh repercussions of a local prostitution raid.

"Even my regulars weren't calling," she said. "And that's, like, rare!"

The crackdown began earlier this year after the SLO Police Department received multiple calls from people who claimed they were robbed after seeking a stripper found through the popular website.

"We were alerted to a couple robberies with Craigslist being the common denominator," said the San Luis Obispo Police Department's Lt. Bill Proll.

As a result, police posted fake ads on the website and rented a room at a local Motel 6. They also later responded to an ad that resulted in the arrest of a suspected prostitute.

On the nights of the stings, an undercover officer would greet potential customers in the room alone while other detectives hid nearby. Once a deal exchanging money for sex was made, officers would bust in and make the arrest.

So what do Craigslist officials do to combat prostitution and other illegal actions--like selling stolen goods, delivering drugs, or facilitating the hiring of illegal immigrants--that potentially are posted on the site?

According to a statement from Craigslist, the website has built an excellent reputation for responding to complaints of unlawful activity.

"Illegal activity is not welcome, but where legal conduct between consenting adults is concerned we feel it is important to err on the side of respecting free speech and privacy rights, and to leave moral judgments to the greater wisdom of the Craigslist community, who are empowered through our flagging system," the statement said.

Still, though the Craigslist officials don't welcome illegal activity, the site may be facilitating it. Roxanne said that the website was essential in getting her involved with the sex trade industry.

"If it wasn't for Craigslist, I wouldn't be in this business," she said. "I would never pick up person-to-person."

Roxanne said that she began using Craigslist in 2005 after a customer told her about the site, which currently reaches more than 300 cities worldwide.

"He said, 'If you want to do [prostitution] put it up on Craigslist'," she said.

Now, more than two years later, business is exploding for Roxanne. She services an average of three men a day, five days a week. Her price is $250 for an hour-long session.

But, she said, dollar amounts are never discussed online, or in person. In fact, users have created their own vocabulary in an attempt to avoid police interference. Prostitutes are referred to as "providers" and customers are called "hobbyists." They use hidden messages to talk about pricing--usually referring dollars as "roses."

According to Proll, their attempts are hardly effective.

Roxanne argued that prostitution--a misdemeanor--is a victimless crime and that police should be focusing on more serious offenses.

"It's not making the community any safer busting girls," she said. "I feel if there's a rapist in SLO, why don't they put out a sting for him? That's something that puts people's lives and liberties at danger."

"We realize in the scheme of things it's not as serious as a violent crime," he said. "But sometimes these postings give criminals an opportunity to carry out violent crimes."

Roxanne said that when various media run a story about a prostitution bust, the attention can scare off long-time customers. Ultimately, however, it attracts even more new ones.

"I think anytime something like this is put in the news, more people become aware of it and more people will start using it," Roxanne said. "After everything has cooled down, people who never even heard of Craigslist will start calling."

Staff Writer Kai Beech is starting to wonder whether he's officially been used by a prostitute. He can be reached at kbeech@newtimesslo.com.