CSD board of directors to approve new general manager 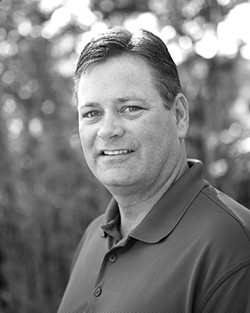 The man dubbed “a perfect fit” as chief of the Los Osos Community Services District (CSD) will likely be approved by directors on Nov. 5.

W. Dan Gilmore, a former San Luis Obispo city engineer with a background in budget management, will take over the utilities district for Los Osos as the controversial sewer project gets under way.

As general manager, Gilmore will oversee daily operations of the district as well as manage its budget. In regard to the sewer project, his job will be to coordinate with county and other agencies. He’ll receive an annual salary of $90,000.

According to CSD Director Maria Kelly, the district formed an ad hoc committee in June to search for viable candidates for the position. In August, staffers were asked to brief the board on what qualities and background they would like to see in a manager.

“With Dan, it’s like all the pieces come together,” Kelly said. “As far as being fit for the position, he’s a perfect fit with his experience as a city engineer, and we need a general manager with a strong budget background. We have unanimously supported him as a candidate.”

Gilmore said he’s passionate about environmental protection and, as a sailor and avid fisherman, has a vested interest in the development and operation of a conventional sewer system in Los Osos.

But Gilmore will be the first to admit it won’t be easy. The town has been in gridlock over the proposed sewage system for more than 30 years. State officials say private septic systems and leach fields in place now pollute groundwater, while many residents say a sewer will cost too much.

“I know that’s a subject of some debate, whether the septic systems are polluting the groundwater and the estuary or not,” Gilmore said, “but the bottom line is that it’s the regional board’s job to protect the groundwater quality, and maybe it’s my engineering background, but I’m a firm believer that a conventional sewage collection and treatment system is the best solution.”

While the county is in charge of the design and construction of the new system, Gilmore will play a role in coordinating between agencies. Once construction is complete, the CSD will take over management.

Loosened requirements on federal loans and grants may also relieve some of the burden on taxpayers. On Oct. 28, President Barack Obama signed an appropriations bill allowing communities with populations of more than 10,000 to apply for federal aid.

Asked whether he felt any pressure as the new guy stepping in to oversee a historic period of change for Los Osos and given the large number of residents who oppose the proposed system, Gilmore said he’s optimistic.

“Things are moving. I think a lot of the contentiousness is behind us. There’s going to be a recovery phase from the impact of the controversy, but I think we’ll end up with a project that in the end is good for Los Osos,” he said.

Granted board approval, Gilmore is set to start at his new post on Nov. 16.