An embattled college must decide which of its programs will live ... and which will die

The dreaded list landed in the inboxes of department heads, faculty members, and administrators on Nov. 21, just in time to ruin the brief holiday break for the teachers and students whose classes now seem destined for elimination. To be fair, the same list gave the folks in Cuesta College’s architecture and medical departments one more reason to be thankful: Their programs will likely be spared. 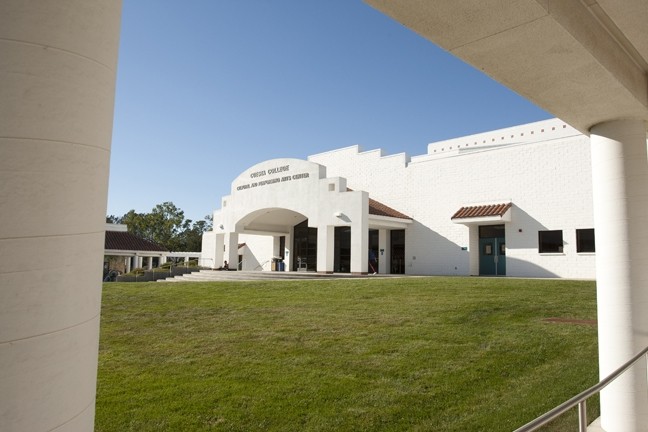 The list consists of 29 degree and certificate programs ranked in order of their expendability, the result of a month’s worth of debate culminating in votes cast by division chairs and the College Council. Voters were asked to consider each program’s enrollment, student completion rate, and community impact. Cuesta’s Board of Trustees Chairperson Patrick Mullen said the college went through an exhaustive process to ensure that every affected party had a say in the matter.

“We’ll come through this as a solid college,” he said, adding that it’s been a difficult and disheartening ordeal.

According to a long-term budget reduction plan the trustees passed on Oct. 3, the college has already scaled expenses back by $4.5 million over the last four years, but needs to cut another $2.1 million from its annual budget in order to be fiscally sustainable. Without enacting the plan, the college is forecasted to be $3.3 million in debt by 2016. With the plan, a reserve balance of roughly $5 million will be sustained for the next five years.

For now, Cuesta has abandoned its dreams of attaining a roll sheet with enough full-time students to be considered a “mid-size” college (a level-up that would have come with a $3.3 million cash injection). The school achieved that status in 2008, but shortfalls in other state funding sources forced Cuesta to cut class offerings. That, combined with concerns over accreditation, caused enrollment to drop by almost 1,500 students, according to the school’s 2012 budget.

Cuesta’s accreditation has been questioned in part due to inadequate financial planning and stability, and school officials have said that continuing to cut course offerings across the board is no longer an option. Instead, entire programs have to go.

“Our focus is on fully satisfying accreditation,” Mullen said. “I’m sad to see any programs go, but we’re living in changed times based on reduced state funding.”

Layoffs seem imminent. The plan calls for the elimination of 15 programs and staff reductions equal to 2.3 full-time faculty members and 13.9 part timers, for savings of roughly $800,000. The rest will come from operation cuts and increased efficiencies in enrollment (i.e. larger class sizes).

When it was drafted, the plan didn’t name specific programs, only the numbers for hypothetical instructing units, but behind those figures are real teachers and students whose lives will be seriously impacted by program eliminations.

Linnea Fritch found a career worth pursuing when she was hired at a local hotel 2 1/2 years ago. The job doesn’t pay exceptionally well at the entry level, but she enjoys the work. With a hospitality certificate from Cuesta, she would be able to work her way up to regional management at big-name resorts. The certificate program takes two years to complete, and she’s about halfway through the required courses. Unfortunately, hospitality is ranked No. 5 on the cut list, and it isn’t offered at nearby Allan Hancock Community College.

“It feels like the rug is being pulled out from under me,” Fritch said. “The fact that Cuesta would get rid of the only vocational hospitality program in a county that is supported by tourism is ridiculous.”

Opposition to the cuts has perhaps been loudest in the drama department, where students collected 1,400 signatures and hundreds of letters supporting the drama program’s continued existence, according to its director, bree valle (who doesn’t capitalize her name). The program was ranked 10th on the cut list, right at the cusp of possible elimination.

Sarah Harwood has been active in the drama department for 10 years. She said the critically acclaimed program is the heart and soul of Cuesta’s creative potential. It could maximize the use of the new performing arts center, and it introduced her to a dream career in professional makeup.

“It’s so much more than being a student,” Harwood said. “That department is my home and my family. bree is like a mother to me.”

Still, all hope is not lost. At the College Council meeting on Nov. 13, members discussed the possibility of saving some classes by offering them under the wing of “community programs.” Such classes use campus facilities but aren’t subsidized by the state, so student fees must cover the full cost of materials and instruction. Also, the reduction plan forecasts a reserve balance of $1.3 million more than what’s required. That contingency could be used to spare some programs.

The college’s president and its Planning and Budget Committee will have a chance to review the list, consider other options, and recommend exactly how deep the cuts need to be, and the Board of Trustees is scheduled to make a final decision on Dec. 12.