Central Coast Assemblyman Jordan Cunningham (R-Templeton) introduced a second marijuana-related bill, one that he hopes will clarify the language of the voter-approved recreational cannabis law known as Proposition 64.

Cunningham said the proposed bill, AB 1090, would make it clear that marijuana and marijuana related products aren't allowed on school grounds, even when there are no students or other children present. 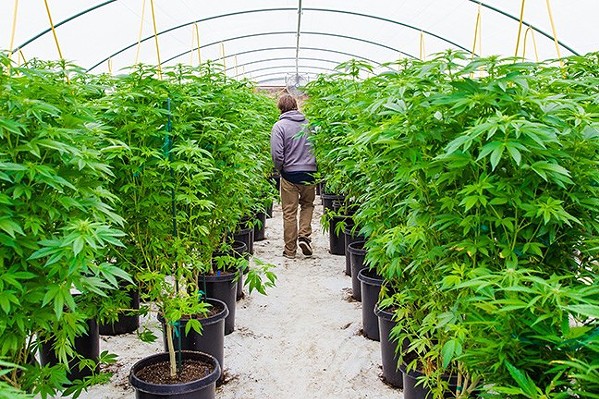 "We are seeking to clarify the law so that it's unambiguously clear that marijuana isn't allowed on school grounds," Cunningham told members of the California Senate Committee on Health on June 29.

As written, Proposition 64, also known as the Adult Use of Marijuana Act (AUMA), prohibits individuals from possessing, smoking, or ingesting cannabis on the grounds of schools, day cares, or youth centers while children are present. According to Cunningham, the term "when youth are present" creates a loophole that might allow people to bring or use marijuana onto the premises at night or on the when the children are gone.

"The issue we are finding ... is sometimes marijuana, on the weekends, is left on school grounds," Cunningham said. "And Monday, when the teachers show up for school and the kids show up for school, there's paraphernalia and other things that are left behind."

Cunningham's proposed bill would amend AUMA's language to specify that the possession, use, or consumption of marijuana is prohibited on those sites regardless of whether children are present.

"We need to be unambiguously clear that marijuana does not belong on school grounds," Cunningham stated in a June 29 press release. "This bill achieves that goal."

An earlier version of the bill also contained language that would have banned the possession or use of marijuana within 1,000 feet of a school, daycare, or youth center, but the provision was later dropped.

The proposed bill will not change any criminal penalties related to violating AUMA's prohibitions. The bill was passed by the Assembly in May and was approved by the state Senate's health committee June 29. The next stop for the bill will be the Senate Appropriations Committee.

Still, the bill has its critics. According to a legislative analysis by the Assembly Appropriations Committee, the ACLU opposed the bill in writing, noting the bill, if passed, might unfairly target people of color.

"Racial disparities have historically plagued implementation of marijuana laws, and ACLU is concerned this bill undermines the voter intent to decriminalize marijuana and makes it more likely that laws will target people of color," the analysis stated.

AB 1090 isn't the first marijuana-related bill that Cunningham has proposed since he was elected in November 2016. In February Cunningham introduced AB 903, a bill that would direct the California Highway Patrol (CHP) to study and identify options for setting a legal limit for marijuana-related drugged driving. That bill has yet to see a vote before the full Assembly. Δ

Correction: This article was changed to reflect that a provision of AB 1090 to prohibit cannabis possession and use within 1,000 feet of a school was dropped from the bill.