Cycle cartography: Thanks to a joint effort, Morro Bay gets mapped 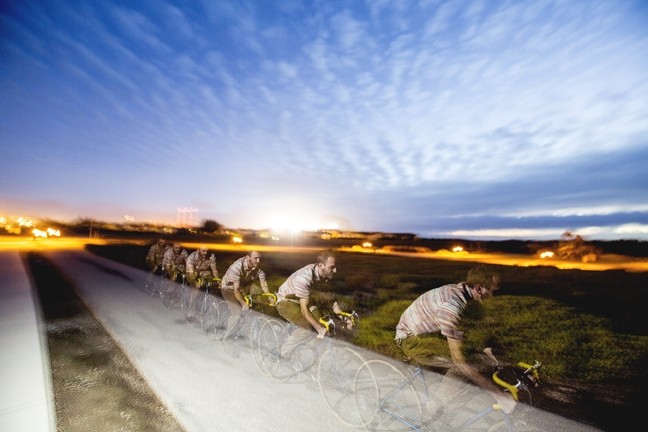 The Morro Bay Citizen’s Bike Committee first had the idea to map the bike routes throughout the city last September. They thought if they could get the right people to mark the existing paths and create a graphic, they could put it online and print copies for visitors who travel through.

So the committee decided to take their idea to the city, according to Robert Davis, who has been the chair of the Morro Bay Citizen’s Bike Committee for 12 years.

“They told us that basically, it would take money,” said Davis, who reached out to the San Luis Obispo Bicycle Club. They donated $900 toward the project, and then the Morro Bay Tourism Bureau decided to donate an additional $900 as well.

“We all collaborated,” Davis said. “The bike committee, the city, and the SLO bike club—we had a lot of different organizations come together to get this done.”

In four months the project was complete: 2,500 copies were printed and distributed to hotels and other tourist locations, and the map was published online.

“It was a very fast moving process once we got everybody involved,” said Davis. “Everything just clicked.”

The map routes three different types of existing bike routes: Class 1 marks paved bike routes that are separate from vehicle traffic; class 2 marks routes where there is a shoulder lane dedicated for bike use; and class 3 has no marked shoulder, but shows routes only where there is a low volume of traffic.

“The whole purpose of the map is so that a person who is a visitor staying in Morro Bay, maybe with his family, can pick up the map and see OK here I am, how can I get around with my family—and what is the safest route,” Davis said. “So on one side we have the streets of Morro Bay that show the various bike routes, and the on the other side we have safety information for bicyclists, and then we also have a larger map that shows where the city is in relation Cayucos and Los Osos.”

Davis said that the city bike manager, Barry Rands, who also works in the city’s public works department, helped to put the design together, along with Mary Hay who created the graphics.

“We have a pretty good network of routes,” Davis said. “We have about 5 to 10 miles of class 1 bike routes, where you can ride without having to worry about the cars from traffic at all.”

The marked routes will take bicyclists from downtown into north Morro Bay, and to the campground at Morro Strand.

“We are in the process of putting a new bridge across Morro Creek, so that by the end of this year you’ll be able to ride your bike from the campground at Morro Strand, to the waterfront, all the way out to the rock,” Davis said.

Davis added that he hopes the bridge project will be done by Thanksgiving, and the same organizations are involved.

The Mary Buren Elementary School is asking the community to donate magazine subscriptions. The third- and fourth-grade students participated in an opinion and editorial writing workshop last month, where they used written words to describe the need. Librarian Nicole Ramos said the Guadalupe school is looking to renew subscriptions to several magazines, such as National Geographic Little Kids, Sports Illustrated for Kids, Ask Magazine (Arts and Sciences for Kids), American Girl, and Ranger Rick publications. For information on how to help, please contact teacher Elsa Ross at eross@sbceo.org or call the school at 343-1411.