The South SLO County Sanitation District's board of directors has to re-interview candidates for its top administrative position after the first round of interviews violated the state's open meetings laws.

The three-member board voted unanimously April 18 to redo interviews with six candidates vying for a job as the district's administrator after receiving a letter from the SLO County District Attorney's Office, which stated that the original interview sessions were held outside of the district's boundaries in violation of the Brown Act. 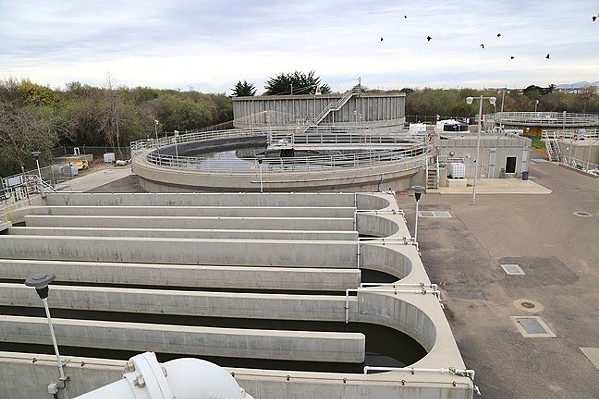 The interviews were originally held April 7 during a closed session meeting at the Courtyard Marriott in SLO. The sanitation district's boundaries include Arroyo Grande, Grover Beach, and Oceano. According to the Brown Act, regular meetings and special meetings for government agencies must be held within the area where they exercise jurisdiction. Grover Beach, the northernmost city in the district's jurisdiction, is about 12 miles from the hotel in SLO.

In an April 17 letter sent to the board, SLO County Deputy District Attorney Michael Frye said he'd reviewed documents related to the meeting and called on the board to correct the violation.

At the April 18 meeting, district Legal Counsel Gil Trujillo said that the venue for the interview was chosen by a recruiter with CPS HR Consulting, a company contracted by the district to search for a new administrator. Trujillo said that the recruiter was originally going to use Grover Beach City Hall, but it became unavailable, and the location was changed to the hotel.

"It was a good faith mistake by the recruiter," Trujillo said.

Some residents of the sanitation district said they showed up at the April 7 meeting to inform the board of the violation. While the interviews proceeded despite those warnings, board member and Arroyo Grande Mayor Jim Hill did not attend, citing concerns over violating the Brown Act.

The board has been searching for a new administrator since August 2017, when former administrator Gearhardt Hubner resigned. Board member Linda Austin hoped that agreeing to hold the interviews again would help the process move forward and get the matter of the violation resolved before a new administrator was hired.

"I don't want a new person to come in under this cloud," Austin said.

In addition to agreeing to re-interview the candidates, the board also voted to sign a letter stating that they would cease, desist, and not repeat the violation. As of April 25, the new round of interviews had not been scheduled. Δ