The fate of the Dalidio Ranch project could be decided as early as Nov. 2, when opponents of the countywide referendum that theoretically made the development possible have their day in court. A county judge will review the Measure J initiative and hear opponents' arguments that the ballot method used to gain approval for the project was never valid. 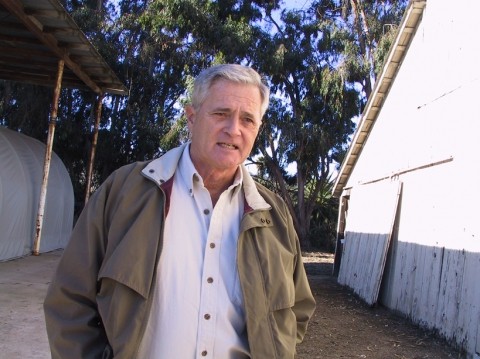 # The suit has been brought by members of a watchdog group--calling themselves the Citizens for Planning Responsibly--and the local environmental group ECOSLO against the County of San Luis Obispo.

ECOSLO's president, Jan Marx, said her group joined in the suit because it's a matter of public importance.

"We want to make sure that the public has the full protection of the law," Marx said. "That's why we participated in the suit."

If a judge decides that the land-use changes approved by Measure J were outside of the scope of an initiative, the results could be considered void. A judge can also rule in favor of the voters who approved the project last November, a move that would allow the Dalidio project to finally move forward.

When Measure J passed, it created a specially zoned area--the Dalidio Ranch Zoning District--that opponents claim isn't consistent with the county general plan and is an attempt to trump state law. The initiative process also bypassed county review and approval for some elements. Opponents of the initiative have stated that they worry it removed administrative power from the county, exempted the property from further review, and didn't allow for adequate environmental review to change the zoning.

Dalidio's lawyer, Michael Morris, however, said that Dalidio would seek an environmental impact report as well as a review by the planning commission when the property is actually subdivided and developed.

County Counsel Warren Jensen said that a zoning change brought about through initiative isn't unheard of--but it's not the normal avenue, either. Normally, land-use changes require review and an amendment to the general plan, approved by the Board of Supervisors.

Measure J hit the ballot in 2006 with a disclaimer in the impartial voter information packet warning that, if successful, it could potentially be overturned in court because it could conflict with state and local law. If Measure J is overturned, the developers will have an opportunity to re-submit plans to the county and try again to develop the property.