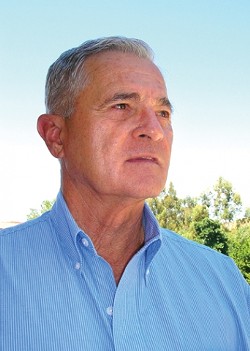 # "They fought us tooth and nail, working with the different downtown businesses, twisting the facts and misinforming the people," said property owner Ernie Dalidio, who claims that the association probably cost him the election.

"The association can only make recommendations to the council they cannot take a position," attorney Lowell said. "Right now, we are working to ensure the association complies with the provisions and the Brown Act. We now have a city council member and staff person available at association board meetings to ensure these violations do not occur again."

However, both Doug Shaw, president and five-year board member of the association, and current council liaison Christine Mulholland said that there's always been a city council liaison and staff person assigned to attend meetings.

"This is not anything new and to suggest the city attorney sent them over is ludicrous," Shaw noted. "I was not aware we were in violation of the law."

That's a statement echoed by association administrator Deborah Cash, who also claims that she hadn't been informed of previous violations. She maintains that, around the first of the year, Lowell only told the association that it couldn't take a political stand in the future.

"I am not certain, to be honest, whether we talked about the campaign and what happened in the past," Lowell responded.

"The bottom line is you can call it an honest mistake," Cash said. "So now we won't do this again, and our members will have to do things on the outside now."

The Downtown Association was established in 1975 as an advisory board to the city council in order to address the needs of all downtown businesses. A few months ago, the association was referred to as "not an actual department of the city" in a statement that can still be found on the association's web site.

Earlier this year, when the city analyzed the association's standing, it became clear that the association is and was at the time of the Dalidio campaign a department of the city, Lowell said.

Government codes 54964 and 8314 ban government officials or employees from using public resources including buildings, phones, and on-the-job hours to discourage or support a ballot measure, with penalties that include fines of up to $1,000 for each day of the violation and three times the value of the public resources used during the campaign, if done intentionally or neglectfully.

"While it appears some actions of the association could be in violation of the law, it is clear they were not intentional," attorney Lowell said. "In retrospect, it should have been handled differently."

Mulholland shared with New Times portions of an e-mail sent from Lowell to Mulholland, dated Aug. 16. In that e-mail, Mulholland said, Lowell notes that during the 2005 Dalidio campaign, questions came up regarding whether or not the association was a city body, but it wasn't until an in-depth analysis earlier this year that the suspicions were confirmed.

"That's true," Lowell said. "I had some awareness of the statutory background. The association was for 30 years thought of as an autonomous body. We dealt with it, and that has happened on my watch."

"At first, it was a sense of disbelief," said Dalidio, referring to his discovery of the association's alleged violations. "Then it's a gut punch. I've really been stabbed in the back."