After an unsuccessful campaign for Grover Beach City Council in the November 2020 election, things didn't look good for Dan Rushing's political career. But good things come to those who wait. 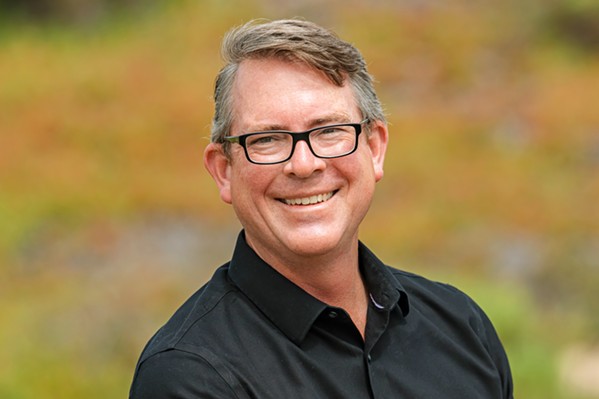 Grover Beach City Council voted unanimously at a meeting on April 19 to appoint Rushing to the council, where he'll serve until his term expires in December 2022. Rushing is replacing former Councilmember Mariam Shah, who resigned mid-term in March upon moving out of the city.

While Rushing said this wasn't how he envisioned his introduction to City Council, he's excited to be a part of the team either way.

"I'm really, really honored that I was able to make it this far," Rushing told New Times.

Rushing ran for a seat on the Grover Beach City Council in the November 2020 election but lost out to incumbent Karen Bright and rookie Anna Miller. Rushing, who has lived in Grover for around 16 years, was endorsed by the SLO County Democratic Party during the 2020 election. He worked as a website producer in San Francisco before leaving and moving to Grover Beach with his wife in the early 2000s. Here, he's worked as a personal chef, line cook, restaurant manager, and for the last decade, as a wholesale distributor to restaurants throughout the Central Coast.

With so much experience in the service industry that Grover Beach and the rest of the Central Coast rely so heavily on, Rushing said he hopes to help those businesses and their employees make it through the pandemic, a quality several other Grover Beach council members said made him their top pick.

Councilmember Karen Bright said at the meeting that she was impressed by the outpouring of supportive emails, calls, and letters she received in favor of Rushing. She was also impressed by his detail-oriented campaign for City Council in 2020, which she pointed to as evidence that Rushing is dedicated to serving the city long-term.

"I ran for a four-year term just last year," Rushing told New Times, "so at the end of the day I was already committed to being a servant of Grover Beach through 2024." Δ