An error in a San Luis Obispo County law enforcement database led SLO police officers to conduct a search of a man's home without a warrant on July 10 while investigating SLOPD Chief Deanna Cantrell's missing firearm.

Based on a tip from Morro Bay police, SLO police officers searched the home of Cheyne Orndoff, 33, believing he was on probation, subject to searches without probable cause, and possibly in possession of Cantrell's weapon. 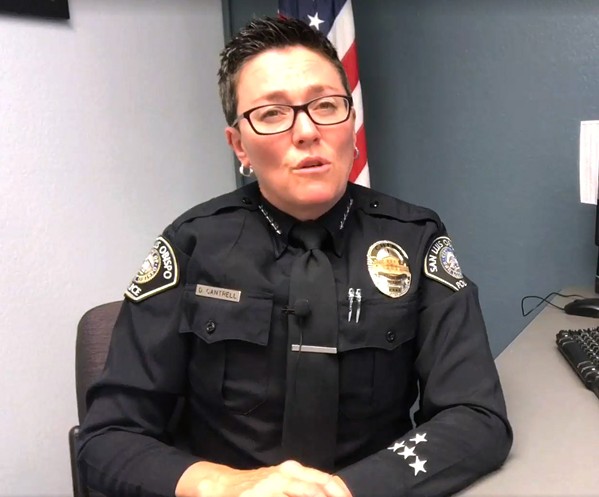 All three of those premises turned out to be false. Orndoff didn't have the chief's gun, and, in a mistake that was discovered weeks later, a police database had misidentified Orndoff as being on probation.

After the search, Orndoff and his wife, Vanessa Bedroni, were arrested on suspicion of child endangerment. Law enforcement officials said the officers discovered methamphetamine and needles in the home with two children, and the SLO County District Attorney's Office charged the couple with felonies.

Orndoff and Bedroni pleaded not guilty to the charges. While Orndoff declined to comment, on a GoFundMe page for his legal fight, he wrote that he believes they were arrested for having a "messy" house, "to support [Cantrell's] illegal entry into my home."

"The chief sent officers to my home without a warrant, and they claimed I was on probation, but I was not, so they had a right to raid my home," Orndoff wrote. "They poured trash cans on the floor, before taking photos to prove we [were] messy. They also left our refrigerator open so when we bailed out of jail, our food was rotten."

SLO City Attorney Christine Dietrick contended that the police officers responded appropriately based on the information at their disposal.

"Based on the facts available to me, I have absolute confidence our officers acted properly in the best interest of the safety of those kids," Dietrick said. "Initially why they went out was the gun. It very quickly became apparent to the officers on the scene that this wasn't a gun search case; this was a child endangerment case."

Cantrell didn't return a request for comment from New Times.

Assistant SLO County District Attorney Eric Dobroth declined to discuss the details of the criminal case. He said the probation database error was likely due to confusion on a criminal case that involved Orndoff's brother, Cole Orndoff, who is on probation for falsely impersonating Cheyne. The database—called the Criminal Justice Information System—is maintained by the county and courts.

"What we now know is there appears to have been a glitch," Dietrick said. Δ