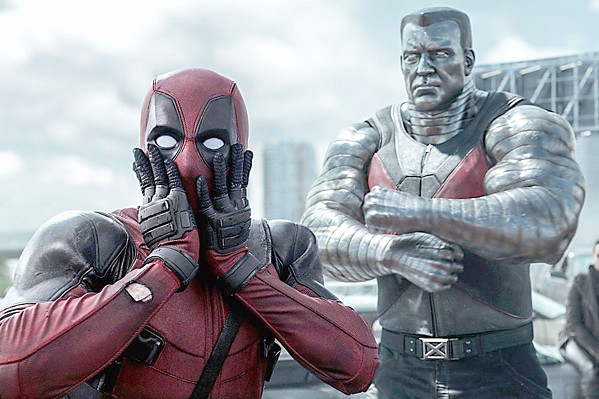 Glen Color me surprised, but I actually think Deadpool 2 is better than its excellent predecessor! It's full of more zippy one-liners, more gleeful pop culture references, and more ridiculous over-the-top violence. When the film opens, Deadpool is in a suicidal frame of mind thanks to the murder of his girlfriend, Vanessa (Morena Baccarin), but seeing as how he's essentially un-killable, even five barrels of fuel oil won't do the trick. X-Men team member Colossus (voiced by Stefan Kapicic) picks up the literal pieces, stuffs them in a sack, and hauls Deadpool back to the X-Mansion to await his recovery. Made an X-Men trainee, Deadpool eventually joins Colossus, Negasonic Teenage Warhead (Brianna Hildebrand), and her chipper new girlfriend Yukio (Shioli Kutsuna) on an X-Men mission to try to stop Russell "Firefist" Collins from destroying the Headmaster (Eddie Marsan) and his torturous Mutant Re-education Center for young X-Men like Russell. Being a "shoot first and sort it out later" kind of guy, Deadpool mucks it up and soon finds he and Russell are both incarcerated in the "Icebox," a high-security prison for violent mutants. It's there that time-traveling Cable shows up to kill Russell, who in the future is responsible for Cable's family's death. A fight ensues, and Deadpool and Cable tumble out of the Icebox, going their separate ways. Meanwhile, now that the Icebox has been compromised, the prisoners—including Russell—are being transported to a new prison by train. Can Deadpool and his best bud Weasel (T.J. Miller) assemble a team of superheroes to protect Russell from Cable's inevitable attack on the prison convoy, and will this team consist of misfit "heroes" such as Domino (Zazie Beetz), Vanisher (Brad Pitt in a great cameo), Zeitgeist (Bill Skarsgård), Bedlam (Terry Crews), Peter (Rob Delaney), and Shatterstar (Lewis Tan)? Yes and yes! Will it be a disastrously feeble rescue attempt? Yes! Will you laugh your ass off? Yes, yes you will. Deadpool 2 is right on the mark!

Anna It's been awhile since I've watched the first Deadpool film, so while I can't confidently say this one comes out funnier than the last, I can say for sure it comes out funny as hell. I'm not a huge superhero film fan—I couldn't stomach the thought of watching a 19th Avengers movie when Infinity Wars came out—but I do enjoy the ones that play outside the box, and Deadpool is just the sort of hero this non-joiner anti-cheerleader chick needs. He's dirty and funny and sort of terrible at being a hero, save for the fact that he is an un-killable badass who feels just sorry enough for himself to keep going. His pull to Russell is a bit of a mystery, chalked up to vulnerability after the loss of his love and the weird adorableness of Dennison, who I first fell for in Hunt for the Wilderpeople. (Which if you haven't seen you should. No, really, right now. It's a great film.) Deadpool 2 is poppy and deliciously crude, the sort of movie that would make me blush if my mom was next to me, but also giggle uncontrollably alongside her. It hits every base for me. Reynolds is a good looking dude, and fortunately he doesn't take that fact so seriously that he won't take on a character that is ugly in more ways than one, and also really beautiful in others. Wade and Ness' love story is sultry and silly, white hot and built for a slow burn, basically a wildly relatable as well as "relationship goals" mash-up that left me (no joke) in some real tears at the end of this flick. 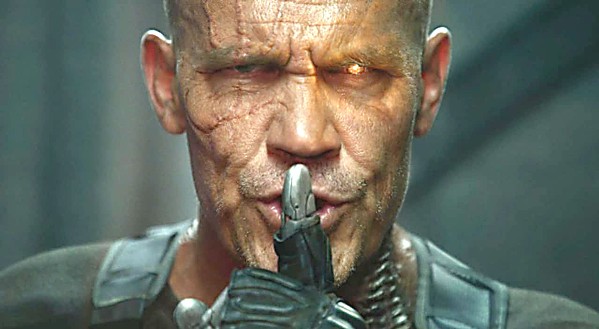 Glen Reynolds was born to play this role. His delivery is spot on, and it has to be. Most of the time he's acting under the Deadpool mask, and the rest of the time—save for one scene where he looks like himself—Reynolds is under hideous burn-victim skin. Wade's relationship with Ness, who he sees in cryptic visions at various times of immense stress, is what drives him to help Russell and try to be a better person. "Your heart's not in the right place," she tells him, leading him to continue to try to help Russell even though he often seems like a lost cause. Cable, who turns out to not be the villain everyone expects, doesn't think Russell is worth saving, but this is a feel-good film where everyone can learn a valuable lesson, and since Cable has a time-travel device ... well, even a hapless guy like Peter, who joined Deadpool's superhero team even though he admittedly doesn't have a superpower, has a chance at a second chance. Deadpool 2 makes fun of itself, Superman, the X-Men, the Marvel Universe, Marvel's competitor DC Comics, Batman—you name it. No one and nothing is safe from skewering. Heck, even Barbra Streisand and Yentl get it right in the kisser. Ka-pow! I wouldn't have it any other way.

Anna I tend to go into sequels with a bit of trepidation, but luckily for this franchise it was unwarranted. This is a movie you want to stay through the credits for; it just keeps on giving you more. I am sold if any future Deadpool films spring up. This anti-hero superhero is the kind of guy I can get behind. A great soundtrack plays a key role as well, and no one is safe from the ridicule of Wade, even Ms. Streisand as you mentioned. My guess is that almost everyone is going to love this film. It isn't the one to take your teetotaler auntie to, nor your 4-year-old nephew, but otherwise this is a pretty solid hit. I for one am sold on this character as nothing short of hilarious and heartfelt. Is it worth a trip to the theater? Absolutely! Δ