Stop by Jan’s Place at 1817 Osos St. from 3 to 7 p.m. Tuesday through Saturday. For more information, email jangenre@icloud.com. 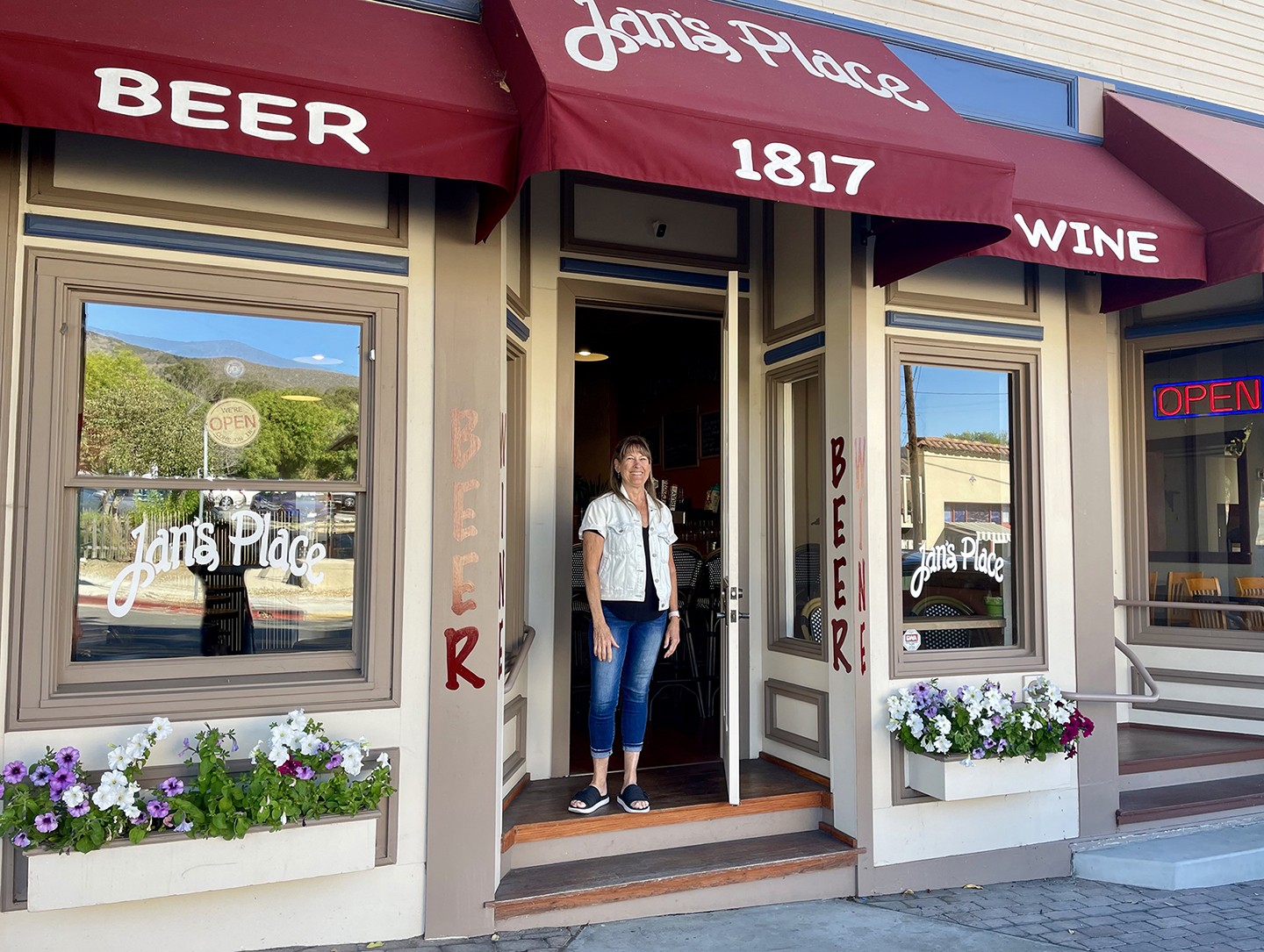 However, until recently, the district lacked one important ingredient: a wine and beer bar. Entrepreneur Jan Horn filled this void in June 2021 with the debut of Jan's Place, sandwiched between popular eateries Bon Temps Creole Café and My Thai Restaurant.

The trio of businesses rounds out the commercial portion of Railroad Square's historic Hotel Park. Built in 1906 for railroad engineer James Reidy and wife Dora, the building was initially called Glen Dell and operated as a boarding house and hotel. It became Axtell Hotel in 1920, followed by its current namesake in 1938.

The structure underwent a $1 million facelift in 1983. The upper two floors were converted into apartments, with the ground level reserved for restaurants and shops.

Benefitting from its location next to the SLO Amtrak Station, Railroad Museum, and Osos-Jennifer Street Bridge for pedestrians and cyclists, foot traffic is heavy. There is also ample free parking.

"This is a great neighborhood, and I felt it needed something like this," Horn said of her new business. "It's kind of like a little Cheers bar, where everybody knows your name." Open Tuesday to Saturday from 3 to 7 p.m., the bar targets the après-lunch, pre-dinner crowd.

There's no mention of her salon at the storefront, and that's by design.

"I have a long-established clientele, by appointment only," said Horn, who's been a hair stylist for 45 years. "My clients won't let me stop doing hair, and I love each and every one of them." 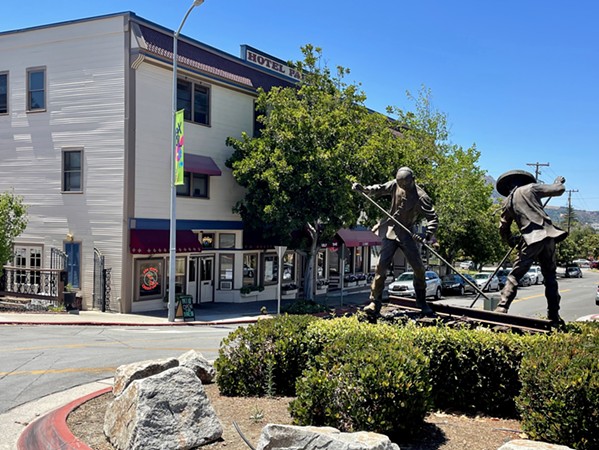 Some of her clients have been with her since she moved to the Central Coast in 1983.

Born and raised in Redwood City, Horn, 68, eventually journeyed south, first to Long Beach, then Costa Mesa and Newport Beach. In the mid-'70s, she received an associate degree in general education from Orange Coast College in Costa Mesa, then studied cosmetology at Golden West College in Huntington Beach.

After receiving her state cosmetologist license in 1975, she uprooted to Mammoth Lakes and opened her first salon called JJ's 4-HAIR. Seven years later, the Central Coast beckoned. She lived in Morro Bay initially, then, in 1985, settled in San Luis Obispo, where she's been ever since.

Her first local hair establishment, Jamaica You, featured a tropical theme and a play on the co-founders' names–"Ja" for Jan and "ma" for Maryanne Nucci.

In 1987, Jamaica You relocated to the site of Horn's current bar. Over the next three decades, Jamaica You changed ownership and location, and Horn operated other salons including 1817 Osos St. Salon and Genre.

In 2019, Horn recognized a void within the Railroad District and decided to take matters into her own hands.

"When I wanted to grab a glass of wine after work, everything was closed in the afternoon," Horn explained. "I had to go downtown. So I thought, 'I'll open my own bar. Why not?'"

She completely renovated her business, consolidating the salon portion to the rear, with the bar prominently featured up front.

Horn's friends and clients are excited about her new venture.

San Luis Obispo resident Debra Trout said: "I think of Jan's Place as a quaint neighborhood bar. [There is] nothing like it around. Every time I go in I meet someone new and quickly become friends. The atmosphere is welcoming. I have watched Jan put this unique bar together as I sat in her hair salon getting my hair done over the past year and a half. She has really done such a great job."

Former Jamaica You business partner Nucci agreed: "I have known Jan for 35 years and she is an amazing woman."

Nucci is an artist and former co-owner (along with husband Jerry) of Nucci's Pizza, still operating at two SLO locations after 27 years. She is impressed by Horn's bar concept and optimistic about its future.

"Our hope is that it will be a success as it's a great place to meet and have conversations with friends without the noise of TV or too many people," Nucci said. "I have been there numerous times with girlfriends and my husband. It's close to home, it's not downtown, restaurants are next door, and parking is plentiful."

Jan's Place features a short but powerful wine list, with local whites ranging from Chamisal chardonnay and Robert Hall sauvignon blanc to Zocker grüner veltliner. Among several reds are Daou cabernet and Niner pinot noir. Also on the list are a Malene rose and Caposaldo prosecco.

Other nearby options for takeout food include made-to-order sandwiches from Gus's Grocery, open until 5:30 p.m. daily; Del Monte Café, open till 7 p.m. weekdays, but only until 2:30 p.m. weekends; and Café Roma, open from 4:45 to 9 p.m. Monday through Saturday.

Or grab a glass of wine or beer from Jan's Place before hitting the downtown dinner scene. The heart of the Railroad District—roughly bounded on the west by Santa Barbara Street and on the east by train tracks—is a leisurely 15-minute stroll to Higuera Street, SLO's main drag. Δ

Flavor Writer Cherish Whyte is craving a glass of Zocker grüner veltliner from Jan's Place. Reach her at cwhyte@newtimesslo.com.