Devil's in the details

PG&E says everything's cool, but Diablo Canyon has issues with its backup systems and seismic standards

A New Times investigation has found that many of the emergency backup systems that may be called on to save Diablo Canyon nuclear power plant’s reactors during an earthquake have been cited for violating safety standards. And despite recent assurances, some seismic experts continue to point out the region may be capable of producing an earthquake greater than the plant can withstand. 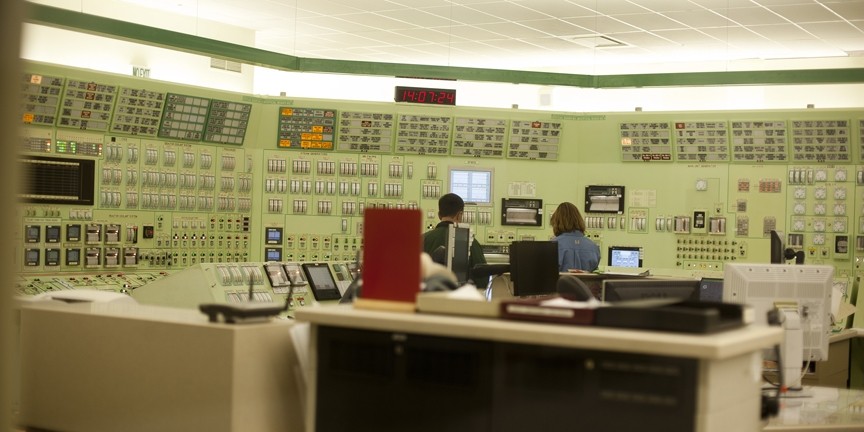 During the last year, the NRC also cited PG&E for operating the plant for 19 months with some emergency systems disabled, a situation the watchdog organization Union of Concerned Scientists called a “near miss.” And some scientists are beginning to think local seismic faults may be capable of producing earthquakes larger than the plant is capable of withstanding. Now the scientific community, state regulators, and politicians are calling for more intense seismic studies—a request PG&E has so far been reluctant to oblige.

Diablo Canyon has six diesel generators designed to switch on automatically if the reactor shuts down and no electrical power is available from the grid. Recent problems with Japan’s Fukushima reactors began when a tsunami reportedly disabled the backup motors. There are strict rules regulating diesel generators because they’re often the main power source in an emergency.

In June and September 2010, NRC inspectors reported that they—and plant operators—found problems associated with Diablo’s emergency diesel generating systems. Inspectors found air compressor lines that weren’t tested to see if they would work in an earthquake. The inspectors said the problem was “very low risk” but a line failure during an earthquake could “impact the safety function of the emergency diesel generators.” If the compressor lines fail, plant operators would be unable to start the backup diesels in an emergency.

Inspectors also discovered that the plant’s operators failed to find and correct design issues associated with the diesel generators that amounted to a “performance deficiency.” These included the possibility of running the diesels to a level that would exceed load limits, a condition that could damage the motors. Inspectors found that two cooling water loops were inoperable for 14 hours and that a “degraded voltage protection scheme” could have hindered the switch to the backup diesels if there were a power outage. They also found an auxiliary saltwater vent line that wasn’t up to design standards.

PG&E was further cited for the failure of its engineering staff to tell plant operators about many of these problems.

A conflict between PG&E and the NRC over air lines connected to the diesels emerged in a January 2011 safety report evaluating the Diablo relicensing application. The report details a six-month back-and-forth argument about which equipment connected to the diesels should be seismically tested. PG&E eventually copped to incorrectly labeling some charts, and the NRC acquiesced to the utility’s interpretation of what parts could avoid seismic testing.

Diablo has had trouble with backup systems before. On Oct. 23, 2009, plant managers discovered malfunctioning valves that normally would allow other valves to open in an emergency, allowing cooling water to go to one of the reactors. Plant workers had tried to repair the valves in February 2008 but botched the job.

For 19 months, a reactor had operated with an inoperable major backup system. The NRC counted this as a minor violation because, though it was potentially a major problem, a plant worker could have physically gone to the valves and presumably operated them manually. This assumes a worker would be attempting to override the system with a nearby nuclear reactor on the fritz.

Beyond such issues, it remains that nobody has a full picture of the true seismic landscape surrounding Diablo Canyon. The 2008 discovery of the Shoreline Fault less than a mile off the coast from the power plant significantly contributed to the list of what we don’t know. According to PG&E, that list is shrinking—though others disagree with that assessment.

In January 2011, the utility announced that its team of seismologists had completed a two-year study of the region, including findings on the Shoreline Fault. The report—in which the utility significantly downgraded the threat of earthquakes from earlier estimates—was handed to the NRC, which said it would take about a year to review.

“The study was independently reviewed by the U.S. Geological Survey [USGS], and we recently submitted the findings to the NRC,” Becker wrote.

Yet, according to at least one USGS scientist familiar with the situation, USGS didn’t review that study.

“That is not true, and as far as I know, nobody has been asked to review that report,” said USGS geophysicist Jeanne Hardebeck, whose research on the Shoreline is the only federally recognized information on the fault.

Furthermore, Hardebeck noted that PG&E’s findings don’t mesh with the consensus of the scientific community. Based on USGS estimates, the Hosgri fault, another offshore fault in the area, is thought to be capable of producing a 7.3-magnitude earthquake. PG&E’s latest study places the Hosgri threat at least 6.5. According to a 2008 USGS report on the probabilities of earthquakes in California, the state faces a 97 percent chance of experiencing an event of at least 6.7-magnitude, and a 37 percent chance of a 7.5-magnitude event or higher, in the next 30 years.

Hardebeck has spent the last two years assessing the Shoreline Fault for the USGS, based on records of hundreds of small quakes that have occurred along the fault, and is scheduled to present her preliminary findings at the Seismological Society of America’s annual meeting in Memphis, Tenn., in late April. Though she stressed more information is needed, Hardebeck said there could be more at play offshore than previously thought.

Hardebeck told New Times that the Shoreline appears to be a long continuous fault that intersects with the Hosgri, which counters PG&E reports that current evidence shows a segmented, non-intersecting fault.

PG&E also recently announced it was commencing with long-awaited 3D imaging studies that Sen. Sam Blakeslee called for as far back as 2007, and which state regulators have pressured PG&E to complete before Diablo is relicensed.

“We remain committed to completing those studies,“ PG&E Spokesman Kory Raftery said, noting that early phases of the study are already under way.

Raftery wasn’t able to say how long the studies will take, but he did say the company is in the permitting process for the initial mapping.

For Blakeslee, who has long lobbied PG&E to evaluate Diablo Canyon’s earthquake vulnerability, progress isn’t happening fast enough. He told New Times that regardless of PG&E’s assurances, he hasn’t ruled out the idea of reintroducing legislation to mandate such efforts if the utility drags its feet.

PG&E’s effort to renew Diablo Canyon for an additional 20 years continues to roll forward with the NRC, which considers seismic studies an “ongoing process”—in other words, one that need not be completed for federal license renewal. That argument has flown in the face of state regulators such as the Public Utilities Commission and the California Energy Commission, as well as legislators like Blakeslee.

“The NRC has become this rubber stamp, and it is failing to do its job,” Blakeslee said. “It’s become so close to the industry it regulates that it’s lost its credibility.”

To date, the NRC has never denied a utility’s application for license renewal.