Diablo Canyon had an undetected problem for 19 months 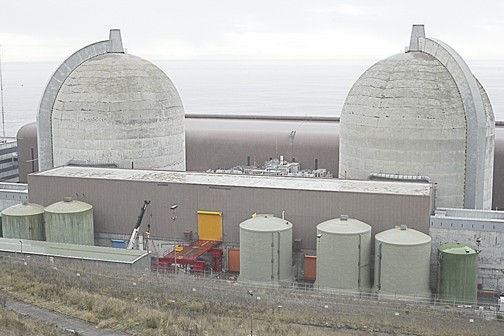 Two switches had been misaligned for 19 months at the Diablo Canyon Nuclear Power Plant, tests revealed last week. The error could have made it difficult for operators to cool the reactor had there had been a reactor emergency, a Nuclear Regulatory Commission official said.

The misaligned switches could have prevented a back-up cooling pump from being turned on from the control room, said Michael Peck, the NRC senior regulatory inspector at the plant. Workers would have been forced to switch on the pump manually, a step that would have delayed the operation of the cooling pump during an emergency. The misaligned switches could have diminished the ability of the critical backup cooling system to replace coolant during a breach of the reactor vessel.

“These switches are used during a very specific type of emergency situation to signal to a valve to open,” said Emily Christensen Archer, plant spokesperson. “They are not operated as part of the normal plant operations. If plant operators were unable to use them remotely, they are able to manually operate them from inside the plant. As with all of the plant’s safety systems, this one also has a backup. We take this issue very seriously and are currently working to determine the exact cause, as well as evaluate whether there are other issues associated with this incident.”

Officials say there are five other pumps available to cool the reactor during an emergency. Nuclear reactors must have a fully working coolant system to operate. If coolant lost during a reactor breach isn’t replaced, the radioactive core would overheat and melt down.