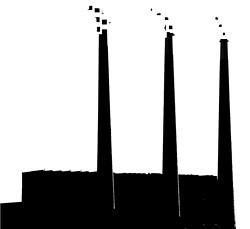 The Morro Bay Power Plant, which affects much of San Luis Obispo County, and the Coastal Alliance on Plant Expansion (CAPE), which fought Duke Energy’s plans to build a new plant that could have destroyed Morro Bay, are observing special birthdays this year. The plant—with its three 450-foot-tall smokestacks looming over the north shore of the Morro Bay National Estuary—is 55 years old, and CAPE is 10.

The plant is on its death bed, which doubles as one of the most gorgeous 103 acres anywhere. And CAPE sees no sunset, determined to keep tracking the plant and its travails until we see how it all turns out. Much is at stake for Morro Bay homeowners and businesses, whose existence depends on the health of the estuary and what happens to those acres abutting it. Moreover, much of the county, which depends on tourism the picturesque estuary draws, would be exposed downwind to potentially deadly particulate matter from smokestack emissions, if a new plant were built.

There are so many obstacles—legal, statutory, and probably political—to a new plant being built to replace the old, nearly inoperable existing plant, the prospect is inconceivable. Even the current plant owner, Dynegy, shows no interest. It may seem as though all is quiet on the power plant front. But momentous developments have been evolving since Duke won approval from the California Energy Commission in 2004 to build a newer, bigger, and more environmentally destructive plant—and then sold out and left California in dire financial straits. Duke paid a $207,500-million settlement to the federal Energy Regulatory Commission for manipulating the California energy market in 2000-01, along with infamous Enron.

More than anything else, two federal court decisions that survived appeals to the U.S. Supreme Court killed Duke’s hope for a new plant by ruling that use of estuary, bay, or ocean water to cool power plants—as the Morro Bay plant does—is prohibited by the U.S. Clean Water Act and has been prohibited for more than 30 years. As a result of those decisions, the California Water Resources Control Board adopted a new state policy last May requiring the 19 power plants along the California coast that use water to cool their generators (called once-through cooling) to phase out that practice and shift to a technology called closed-cycle cooling that circulates a finite amount of water within the plant cooled by air, much like in a car radiator, with little loss only to evaporation.

The policy set individual deadlines for all the plants to end once-through cooling, and Morro Bay’s is 2015. But some environmental groups, including CAPE, believe the policy is deeply flawed. And the Morro Bay plant is a unique case.

In establishing the deadlines, the water board relied on the advice of such other state agencies as the California Independent System Operator (CAL-ISO) to make sure that “grid reliability” (an adequate supply of electricity to homes and businesses throughout California) would be maintained. The most blatant contradiction in the policy is the fact that CAL-ISO found that the Morro Bay plant is not needed to maintain grid reliability. Yet Dynegy, the plant owner, was given five more years to operate with once-through cooling. Neither the board nor its staff has provided an explanation.

Broadly, the policy is replete with vagaries in its language and holes in its requirements that could easily enable plant owners to escape having to meet their deadlines by taking advantage of opportunities in the policy to appeal compliance.

But that isn’t good enough for some of the plant owners. After threatening a legislative assault, they got the water board to consider weakening the policy even further. But in a recent showdown, the board didn’t adopt the amendments. Several of the plant owners have filed suit against the water board, claiming the board “prejudicially abused its discretion and exceeded its authority” in enacting the once-through cooling policy. The suit makes no mention of the federal decisions banning use of once-through cooling by new and existing plants nationwide.

Interestingly, Dynegy is one of the plaintiffs, even though two years ago it told the Morro Bay City Council the Morro Bay plant would be closed in 2015, under the then-pending once-through cooling policy. Even more interesting is the fact that NRG Energy, which was set to buy the Morro Bay plant and several other Dynegy plants in California, until the deal fell through in November—a subsequent sale of debt-ridden Dynegy is reportedly in the works—is also a plaintiff, even though NRG Energy is already moving ahead with installing closed-cycle cooling voluntarily and ending once-through cooling at its El Segundo and Encinas plants.

Alternative uses of the plant site have been debated since Duke left town—and will only intensify with the plant for sale again. The outcome will likely be decided by voters in Morro Bay, which has a long tradition of ballot referendums and initiatives to protect
our little town, this paradise. ∆

Jack McCurdy is co-president and co-founder of the Coastal Alliance on Plant Expansion. This article was not written on behalf of CAPE and does not necessarily reflect its views. Send comments via the opinion editor
at econnolly@newtimesslo.com.