A lawsuit against a Pismo Beach spa resort identified a trend allegedly rising in the United States: abuse at the hands of massage therapists.

"Negligent and/or intentional improper touching committed by massage therapists is a national epidemic, with hundreds of reports of such conduct by therapists occurring throughout the country," stated the complaint filed on May 23 by Burlingame-based Thompson Law Offices on behalf of a Jane Doe. 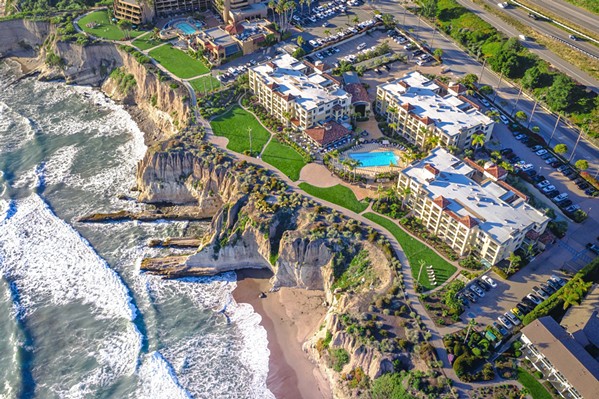 It details that Doe visited Pismo Beach's Dolphin Bay Resort and Spa on March 5 to receive a massage. The therapist, described as a white man between his late 40s and early 50s who is approximately 5 feet 10 inches tall, proceeded to assault Doe midway through the massage.

At one point, the complaint alleged, the therapist placed an eye pillow over Doe's eyes and "touched and manipulated [her] clitoris two to three times." Later, he groped and "began 'stretching'" Doe.

"As he did this, he made sexual grunting and moaning sounds," the document said.

Doe alerted resort staff about the incident afterwards, and even filed a report with the Pismo Beach Police Department, according to the lawsuit. But her efforts seemed futile.

"Upon information and belief, defendants [Dolphin Bay Resort and Spa] took no action in relation to the therapist and his negligent and/or intentional improper touching of plaintiff [Doe] and other DB [Dolphin Bay] location spa customers ... the therapist remained employed and/or is still employed at the DB location after plaintiff's report of his committed sexual assault," the complaint stated.

"Although they took down the report and listened to her, they were pretty dismissive, and then they did not tell her whether or not they were going to fire him. It doesn't make sense," Vierhaus said. "There should be a zero tolerance policy for sexual assault."

Sexual harassment by massage therapists has increasingly gained public attention over the last decade. It came to a head in 2017 after a BuzzFeed News investigation reported that more than 180 people filed sexual assault lawsuits, police reports, and state board complaints against Massage Envy spas. Vierhaus said that the incident at Dolphin Bay is just one of the many massage therapist abuse cases her firm is handling.

"We have handled close to 100, if not more, cases against various Massage Envys in the state of California," she said. "We have since found this niche. There have been a lot of other victims in sort of one-off places, similar to this case, who experienced a similar situation. I'm working on four to five other massage sexual assault cases."

She added that establishing evidence for such cases relies heavily on documents. Currently, the law firm is trying to access the police report filed by Doe, along with the accused therapist's client list to see whether they can identify a pattern of abuse. Vierhaus said that Dolphin Bay has 30 days to respond to the lawsuit.

The resort declined to speak with New Times.

"Information about the psychiatry and patterns of behavior of sexual predators, they don't do it once, especially something as intense and blatant as this assault. He's been likely doing this a long time," Vierhaus said. "Usually, when we get the customer list and are able to call others, it turns out very quickly that there are other victims. Many are interested in coming forward, and many aren't comfortable doing so. Only 4 to 5 percent of victims come forward." Δ