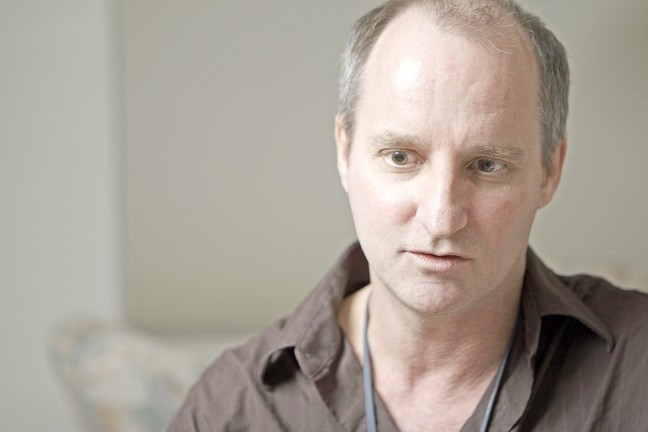 A massive public turnout at a discussion on possible dispensaries in Morro Bay—as well as national media attention for one of the Central Coast’s most controversial figures—indicates that the medical marijuana debate is alive and well in San Luis Obispo County, if not the United States as a whole.

But nearly two years of discussion on whether to bring medical marijuana dispensaries back to Morro Bay ended abruptly and ambiguously at the April 26 City Council meeting.

In March 2010, the previous council voted 4-1 to create a subcommittee to develop the legal ins-and-outs as to how, where, and how many dispensaries could operate within city limits, as well as defining operating requirements and clauses to protect the city from liability. The issue was put on the back burner while the council waited to see results from a November ballot initiative to ban such dispensaries. The measure eventually failed, 55 to 44 percent.

Exactly a year after the original council vote, the current council was presented with the 12-page draft ordinance by City Attorney Rob Schultz. On April 26, the council was set to consider amending the municipal code to allow for the establishments, one of the final steps in
the process.

As is often the case in Morro Bay politics, things didn’t go so smoothly.

The meeting was emotional from the get-go. Roughly 30 people, many from neighboring communities, turned up to participate. The council majority, however, clearly showed signs of disapproval for the entire proposal.

“People with our cards are showing you we want to do this legally,” said Katherine Ford, a SLO resident and medicinal cannabis cardholder, who described suffering from migraines and insomnia.

Morro Bay resident Roger Ewing said he was watching the meeting unfold on television and felt compelled to come and speak: “I was part of the majority that voted in November,” Ewing told the council. “I urge you to abide by the will of the people.”

Not everyone who spoke, however, was so supportive.

“I am beyond upset. I don’t know where you’re coming from,” said resident Jim Pauly. “I don’t need you setting up marijuana stands all over town.”

It would eventually take four motions before the council could get a majority agreement. Councilman George League first made a motion to abandon the proposal and “forbid” dispensaries in the city, which failed.

Councilman Noah Smukler suggested an amendment to the zoning code to better manage locations for a dispensary. Mayor Bill Yates said he was anxious to get a vote on the ordinance, and called Smukler’s motion a “stall.” The motion failed.

Yates made a motion to pass the ordinance as it stood, but failed to get a second. He then motioned to end further discussion on dispensaries, which passed 3-2, with Smukler voting no and Yates also dissenting on his own motion.

City Attorney Schultz clarified that the vote doesn’t mean the issue is off the table for good; city staffers will cease work on the ordinance until a council member brings it back for further discussion, which could hypothetically come as soon as the next meeting.

The Morro Bay spectacle is representative of the California situation as a whole, where conflicting state and federal laws raise questions and breed misinformation.

The council did seem to come to one consensus at the meeting: By all estimates, the last dispensary to operate in the city was a “model business,” despite it being shut down amid a joint federal Drug Enforcement Agency and San Luis Obispo County Sheriff’s Department investigation.

That “model business” was owned and operated by Charles Lynch, who has since become the biggest local celebrity since Dan De Vaul. What does Lynch have to say about the current dispensary issue? He hasn’t had the time to follow it.

“No, I’ve been so busy working lately I’ve been kind of out of it,” Lynch told New Times in a phone interview following the meeting. His Central Coast Compassionate Caregivers dispensary was raided by federal agents in 2007, after an investigation by local deputies failed to establish any violations of state law. He was convicted of selling marijuana in 2008 and subsequently sentenced by a sympathetic judge to a year and a day in prison—the minimum sentence possible.

Lynch’s attorneys appealed the conviction at about the same time federal prosecutors appealed the judge’s sentence. Both appeals are still inching their way through the courts. Despite being out on appeal, Lynch said his family had to raise $400,000 for his bond.

Meanwhile, the man is “worn thin,” despite a series of interviews on national news outlets and a documentary featured prominently at 2011’s SLO International Film Festival. Lynch filed bankruptcy in 2010, and said he lost his home of 10 years in foreclosure in January.

“It’s been rough,” he said. “I’ve kind of been blacklisted. Now when I look for a job, I have to click that ‘felon’ button. I had a few interviews that went well, but when people realized who I am, the main question becomes: Am I going to jail?”

Lynch said he still reports to federal officials every week, and once a month makes the drive to Santa Barbara to report in person.

Nowadays, Lynch tries to keep up on local medicinal marijuana issues, but admits he’s been occupied with trying to reclaim a somewhat normal life. The recent county Narcotics Task Force investigation, which nabbed 12 local individuals for operating medical marijuana collectives, is one story he has followed.

“Watching that play out—and I knew some of the people arrested—it just seemed like Hedges’ last stand,” he said referring to SLO County’s previous sheriff, Pat Hedges. “And it sounds like [new sheriff Ian] Parkinson knew all about it, even though he said differently.”

Lynch referred back to the discrepancy between state and federal laws and lamented the money he called “wasted” in prosecuting medical marijuana providers who follow the Attorney General’s guidelines for operation and still get arrested. He added that the federal government has spent millions of dollars prosecuting him—and because he was appointed federal public defenders, defending him, as well.

“I’m not going to give up yet,” Lynch said. “I’m going to keep up the fight until they put me in cuffs or I can walk away.”