Atascadero residents and local organizations submitted 99 letters in support of El Camino Homeless Organization's (ECHO) request to transition to a 24-hour facility, increase programs, and increase its number of beds from 50 to 60.

Elisa Becerra was the only person who spoke against the request during the City Council meeting on Aug. 13. 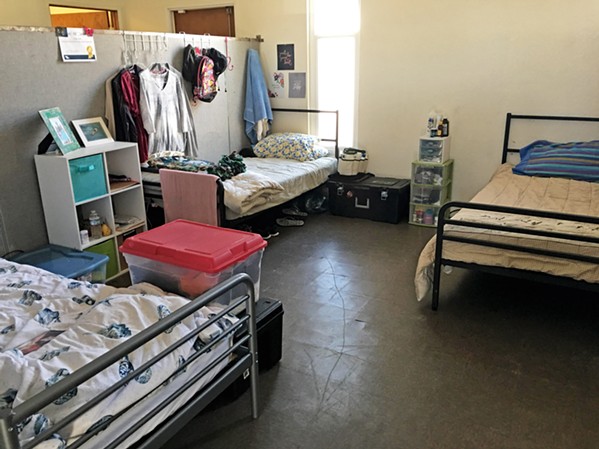 Becerra said she worries about clients' personal belongings that would be left in the shelter during the day, but she said her biggest concern is that 24/7 services won't give individuals experiencing homelessness the push they need to better their lives.

"I only say this because I was in a shelter, and without it, I don't know what would have happened. We had to be out of there every morning at 7. It helped us get our routine back, it helped me get back into regular work hours," she said.

Becerra said with the help she received, she's been successfully housed for almost five years.

Wendy Lewis, ECHO's president and CEO, told New Times she appreciated Becerra's concerns, but the facility isn't going to become a day center where clients can hang out.

"It's an opportunity to get increased case management, increased programming. It will also be for those who are working overnight shifts. Yes, they're just going to be able to sleep because that's what they're going to do to be better prepared to do what they need to find housing," Lewis said.

ECHO currently operates from 4:30 p.m. to 7 a.m. (more recently 9 a.m.), but Lewis said the hours have hindered the organization from providing enough services to people who want them.

The City Council approved the requested increases, and the facility will begin to transition to a 24/7 facility 30 days from Aug. 13. In the meantime, Lewis said they will be hiring a daytime coordinator to help increase staffing ability and programming. Δ